The 1st match of the ODI series between Australia Women and New Zealand Women will be played at the Allan Border Field in Brisbane.

After beating New Zealand Women 2-1 in the T20I series, hosts Australia Women will be keen to record another series win. The Trans-Tasman rivals will play all three ODI games at the Allan Border Field. New Zealand Women had won the last T20I game. So, Sophie Devine and Co. will try to continue their winning momentum.

The sun is expected to shine bright in the sky during the match time. There are no chances of rain, and the temperature will stay around 26 degrees Celsius.

Australia Women and New Zealand Women played all the three T20I games at this venue. None of the teams could score a total of more than 140, which shows that batting is a challenging task in Brisbane. Medium-pacer Delissa Kimmince had scalped six wickets in three T20Is. Besides, leg-break bowler Georgia Wareham also picked up five wickets.

Ellyse Perry has sustained an ankle injury and is not available for this series.

Sophie Devine has aggregated 337 runs in the last 10 matches. Besides, the visiting team’s captain has also picked up seven wickets at an economy rate of 4.09.

Jess Jonassen is the has been very consistent in the last 10 games. The left-arm spinner has scalped 14 wickets at a miserly economy rate of 2.93. 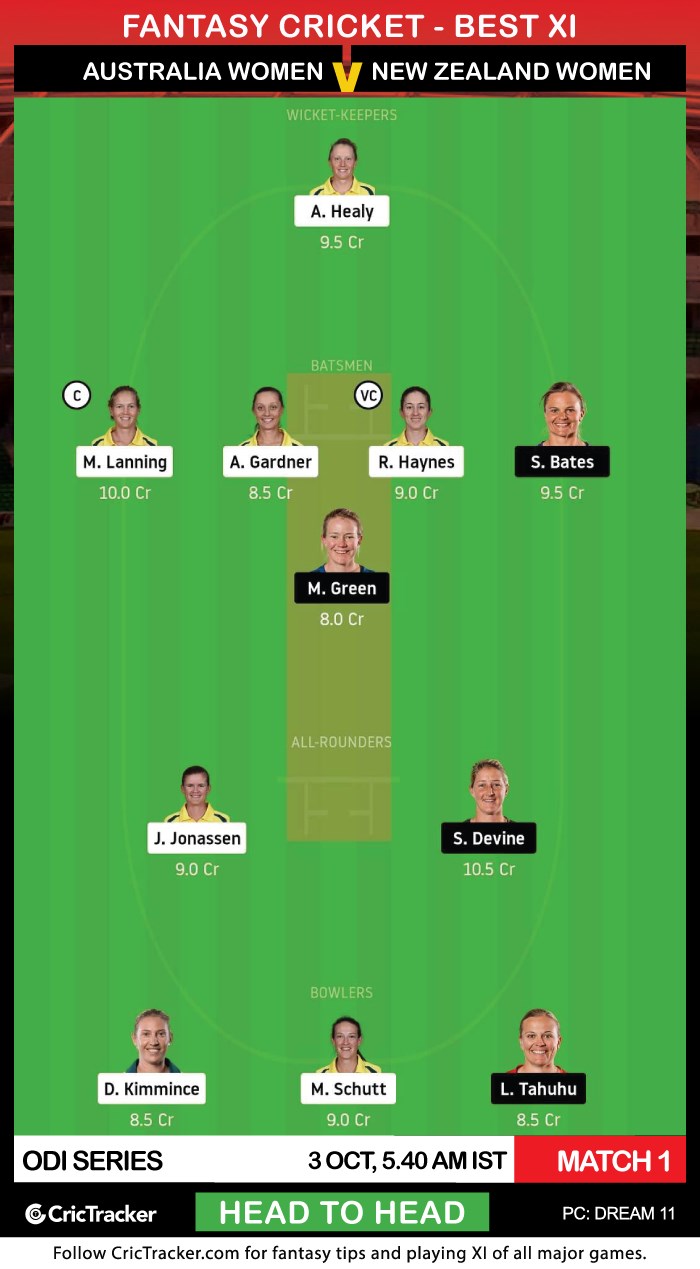 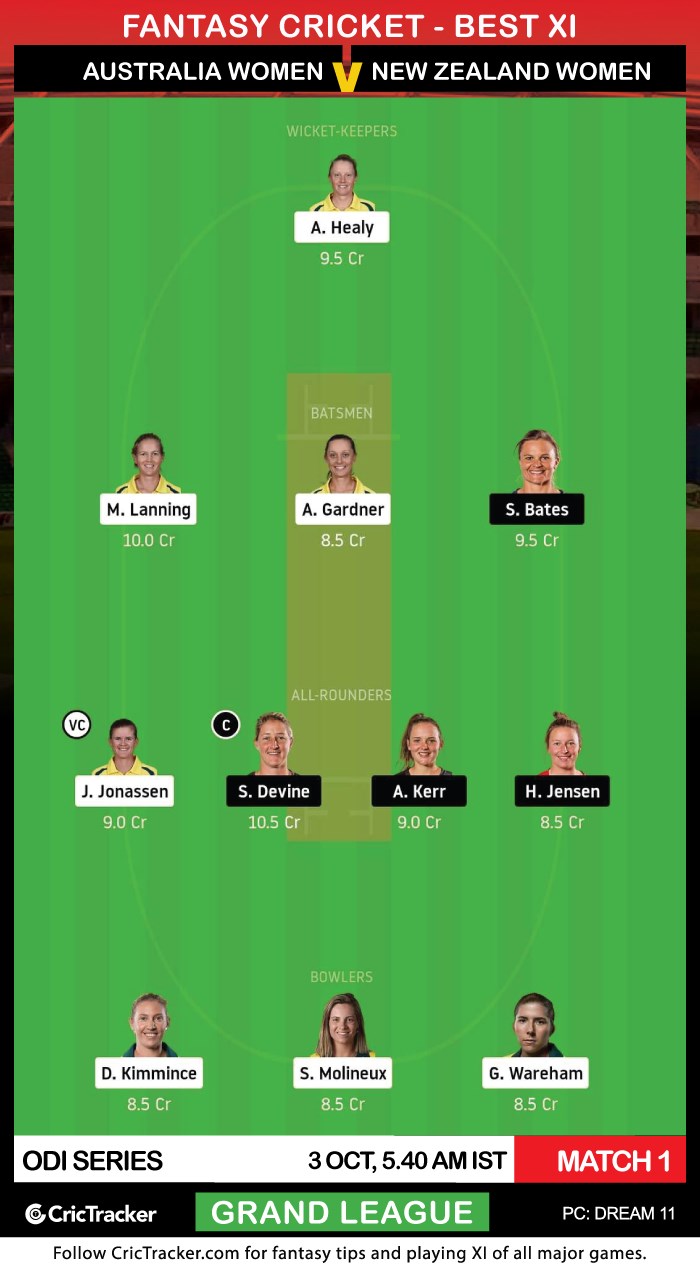 Amelia Kerr has picked up nine wickets in the last 10 games. The 19-year-old could prove to be very effective in the upcoming match as the batters will find it tough to play strokes against her. She had performed brilliantly on this ground during the recently concluded T20I series.

Alyssa Healy is also a very good multiplier option and you can go with her in any of your Grand League teams.

Australia Women are predicted to win this match.