Meg Lanning played a brilliant knock in the last match scoring an unbeaten 62 off 70 and also hit five fours and two sixes.

The 2nd match of the ODI series between Australia Women and New Zealand Women will be played at the Allan Border Field in Brisbane.

After winning the final T20I in the three-match series against Australia Women, New Zealand Women failed to carry the momentum into the ODIs. The visitors were completely outdone by the hosts and lost the opening game of the series by 7 wickets. Their performance with the bat wasn’t great and that was not followed up by a special effort with the ball either.

Meg Lanning led her team from the front with an unbeaten 62 and also ensured that her team got over the line comfortably. This loss would have been quite demoralising for the White Ferns. However, they should look to correct their mistakes and must come up with a strong performance in this match. If not, the Australia Women would also clinch the ODI series as they did in the T20Is by winning the first two games.

It will be a partly cloudy and windy day in Brisbane. Moreover, the chances of precipitation are near minimal and the temperature also won’t be too high going by the forecast.

Australia Women put on display how to bat on this track. The batters will have to pick their shots and also should look to play with the straight bat as often as possible.

Ellyse Perry is ruled out of this series and hence won’t feature in this match.

Meg Lanning played a brilliant knock in the last match scoring an unbeaten 62 off 70 and also hit five fours and two sixes.

Megan Schutt picked up three wickets in the last match while maintaining an economy rate of 4.

Maddy Green was the leading run-scorer for New Zealand Women in the last match with 35 runs.

Rosemary Mair picked up two wickets in the 1st ODI and was also extremely tight with her lines and lengths.

Suzie Bates missed out in the last match scoring just 14 runs. But she is vastly experienced and has scored 4,548 runs thus far in 119 ODI innings. 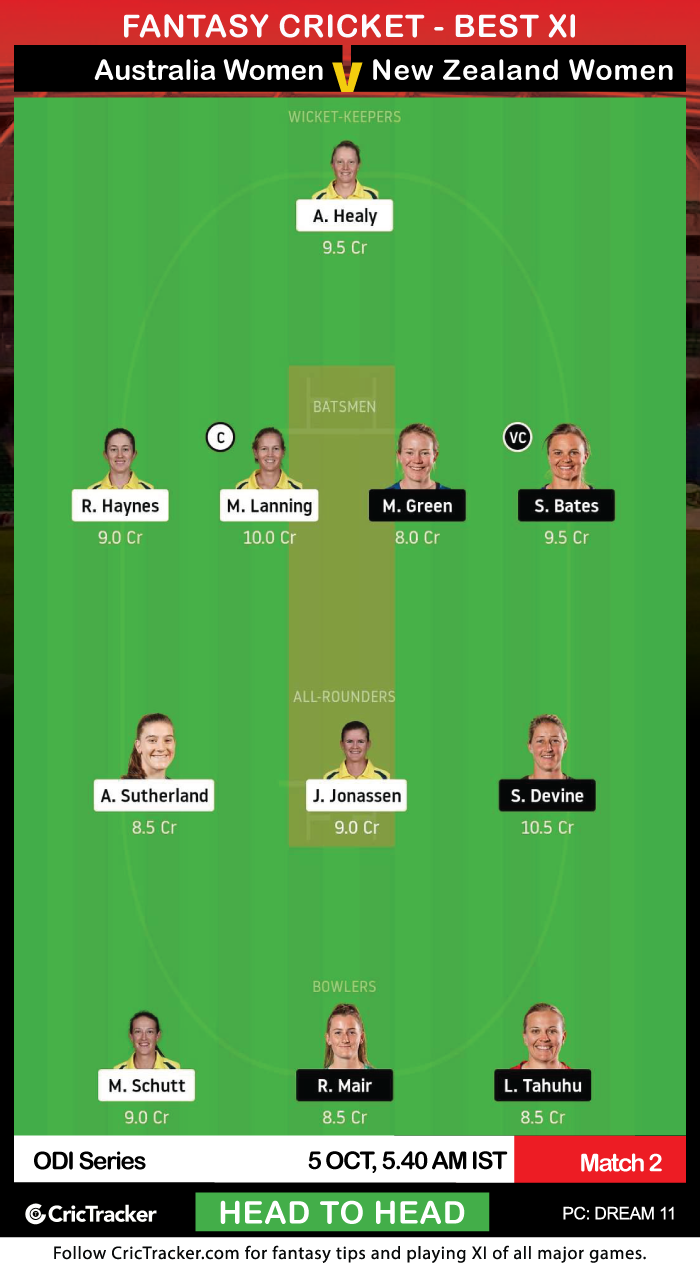 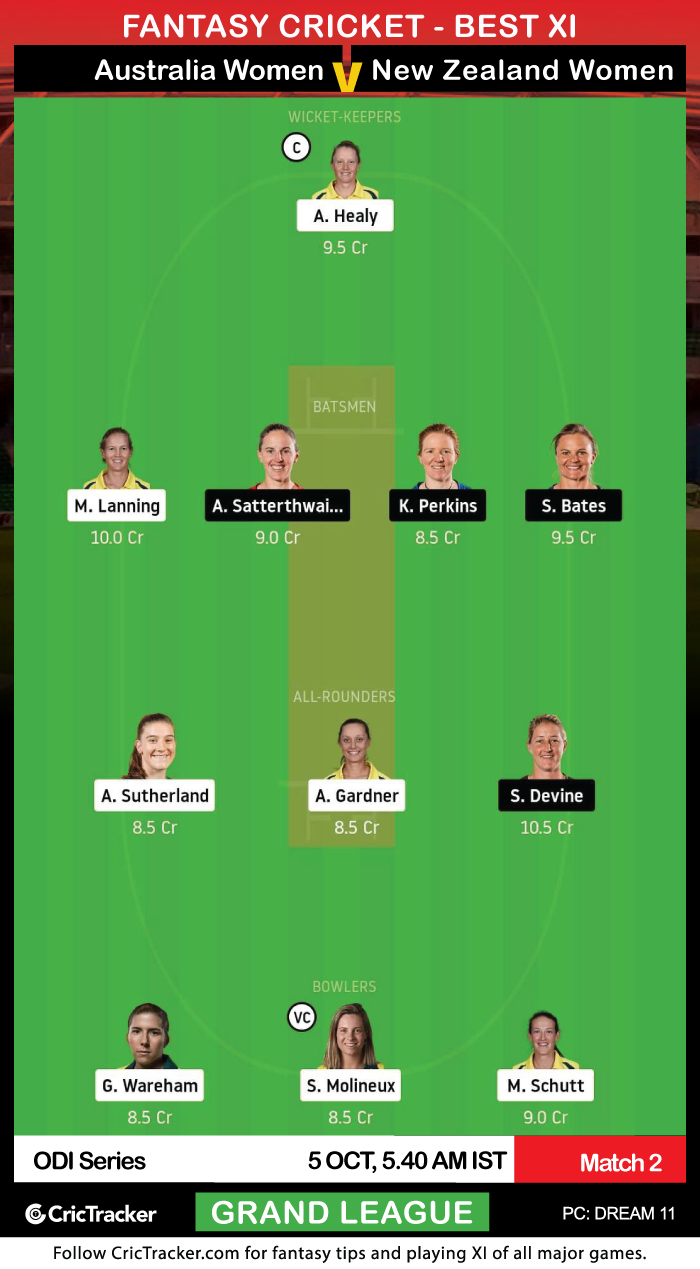 There are quite a few bowling options that you can choose from. However, Megan Schutt must be a part of your Fantasy teams.