Australia Women have not lost a series to New Zealand Women in the last 21 years.

The 3rd match of the ODI series between Australia Women and New Zealand Women will be played at the Allan Border Field in Brisbane.

Australia Women have not lost a series to New Zealand Women in the last 21 years. It stays that way this time as well as they managed to pull off a masterclass in the 2nd ODI. Meg Lanning led her team from the front with a brilliant century and helped Australia clinch the series.

Compared to the first ODI, the White Ferns put up a better show in the second game. Even though they missed the services of Suzie Bates, they did well with the bat. However, they couldn’t capitalise on to the crucial moments with the ball and thus ended up losing by 4-wickets. Even though this game is essentially a dead-rubber, the hosts would be keen on a clean sweep after missing out in the T20Is.

The temperature will be around 22 degrees Celsius at the start and goes up to 26 by the afternoon. The humidity levels also are predicted to go up as the temperature rises.

It is a good pitch to bat on. The team that wins the toss might prefer chasing at this venue.

216 (First two matches of this series)

Suzie Bates is not available for selection due to a shoulder injury. Lauren Down is recovering from an elbow niggle and is doubtful for this game.

Meg Lanning has scored 163 runs in this series and wasn’t dismissed even once. She was unbeaten on 101 in the last match.

Rachael Haynes did well with the bat in the first two matches and mustered 126 runs at an average of 63.

Sophie Devine scored 90 runs in two games and even picked up a couple of wickets.

Jess Jonassen is on fire with the ball in hand and has accounted for 6 scalps in two games.

Amelia Kerr picked up three wickets and scored 18 runs so far in the series. 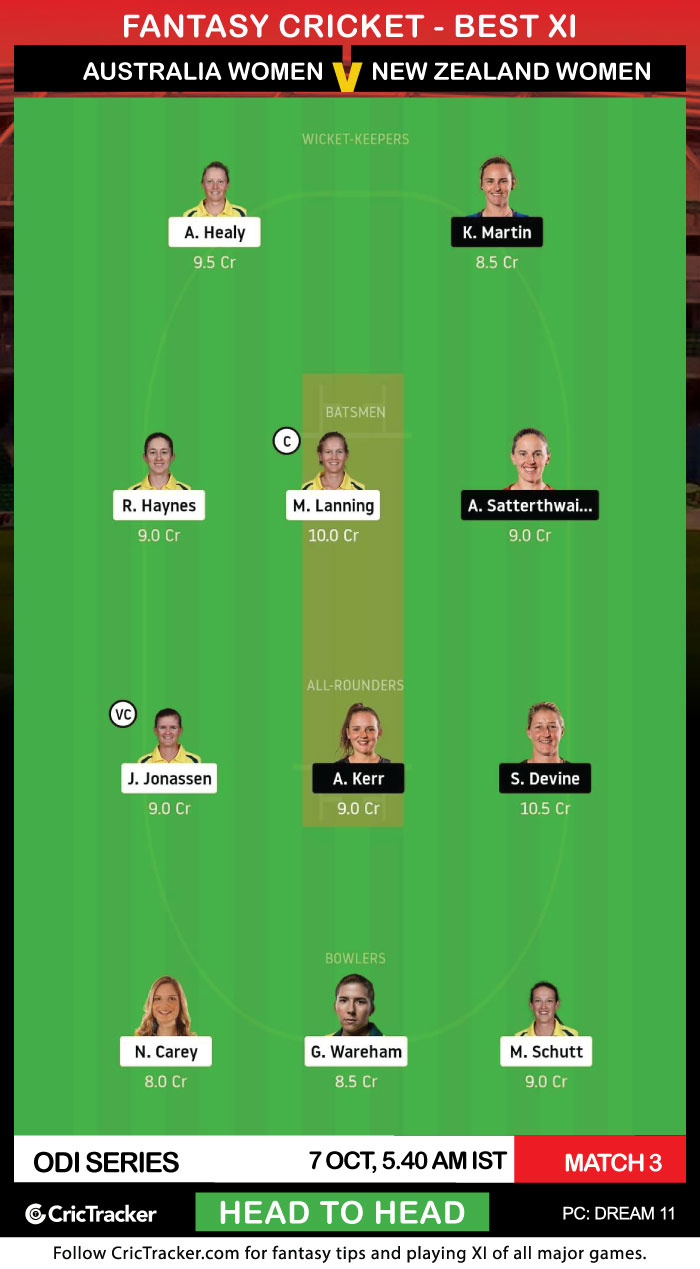 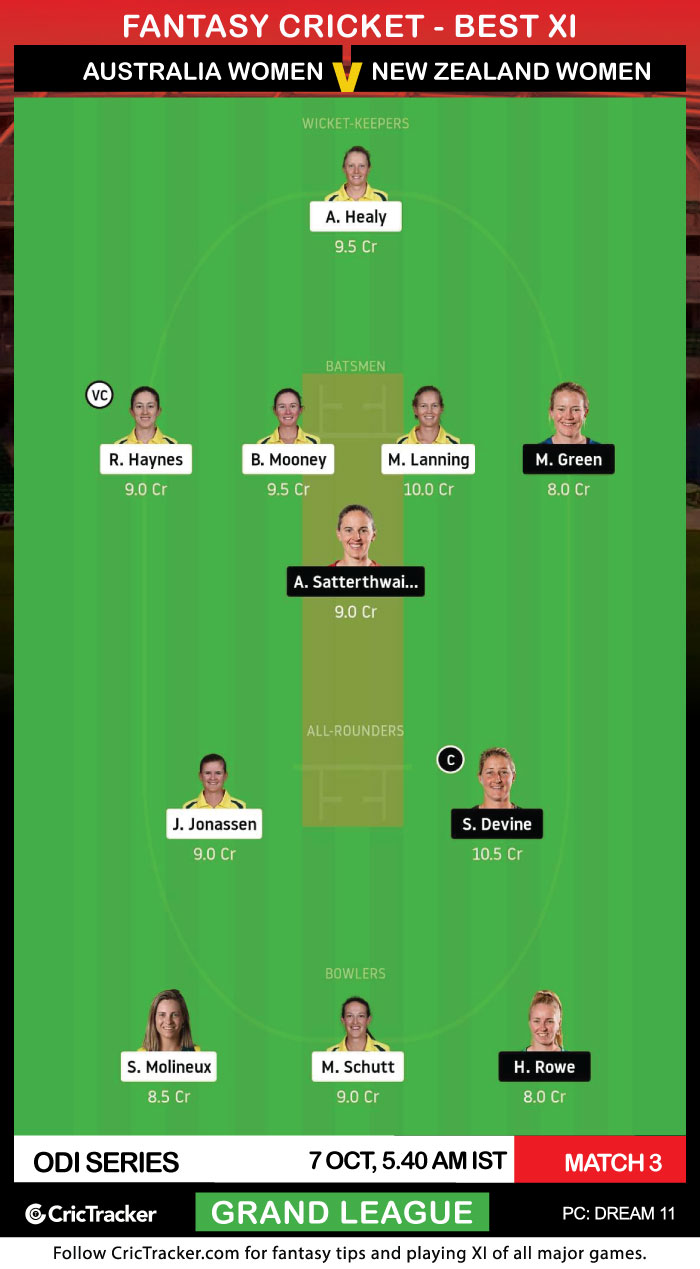 Both Alyssa Healy and Katey Martin have scored 47 runs each thus far in two games. You can alternate between them in your teams but Healy is a safer option to have.

Australia Women are expected to win this match and also complete the clean sweep.