Australia Women are expected to win this match and make it a clean sweep.

The 3rd match of the T20I series between Australia Women and New Zealand Women will be played at the Allan Border Field in Brisbane.

After going down in the three-match series 2-0, New Zealand will be coming into this match, just to save their grace and avoid giving a clean sweep to the Aussies. In the first match, the Aussie women clinched the match by a 17 run margin. They followed it up with an equally good performance in the second match of the series, winning the match by 8 wickets and getting the series to their name.

So, as stated earlier, the women from New Zealand will be coming in with the objective to avoid a whitewash and make as big a dent in the Australian morale before heading into the One-Day Internationals which begins from the 3rd of October. The Aussies will be wanting to get a series whitewash and go into the ODI series with big momentum on their side.

The weather in Brisbane on Wednesday is expected to remain normal for the most part of the day, with skies being mostly cloudy, no chance of rainfall, and the temperature hovering around the 23 degree Celsius mark.

The pitch at the Allan Border field has been used for two consecutive T20 matches of the series. So, it must have gone through some wearing down. Scoring runs has not been and will not be an easy task on this surface, in both the innings for the batswomen. It would be the bowlers holding the key to their team’s success for the most part.

Ellyse Perry has sustained an ankle injury before the start of the series and is not available for this match.

Delissa Kimmince in this series has looked to be in great form with the ball in hand, having taken 5 wickets in just the two matches she has played in while bowling tight lines and stopping the flow of runs too.

Megan Schutt has also done well with the ball in this series, taking 4 wickets in two matches.

Sophie Devine has contributed to her team’s run in this series with both the bat and the ball in hand. In the two matches of the series, she has scored 38 runs and has taken 3 wickets too.

Suzie Bates looks to be in great touch with the bat in hand, scoring 55 runs in just the two matches of the series. 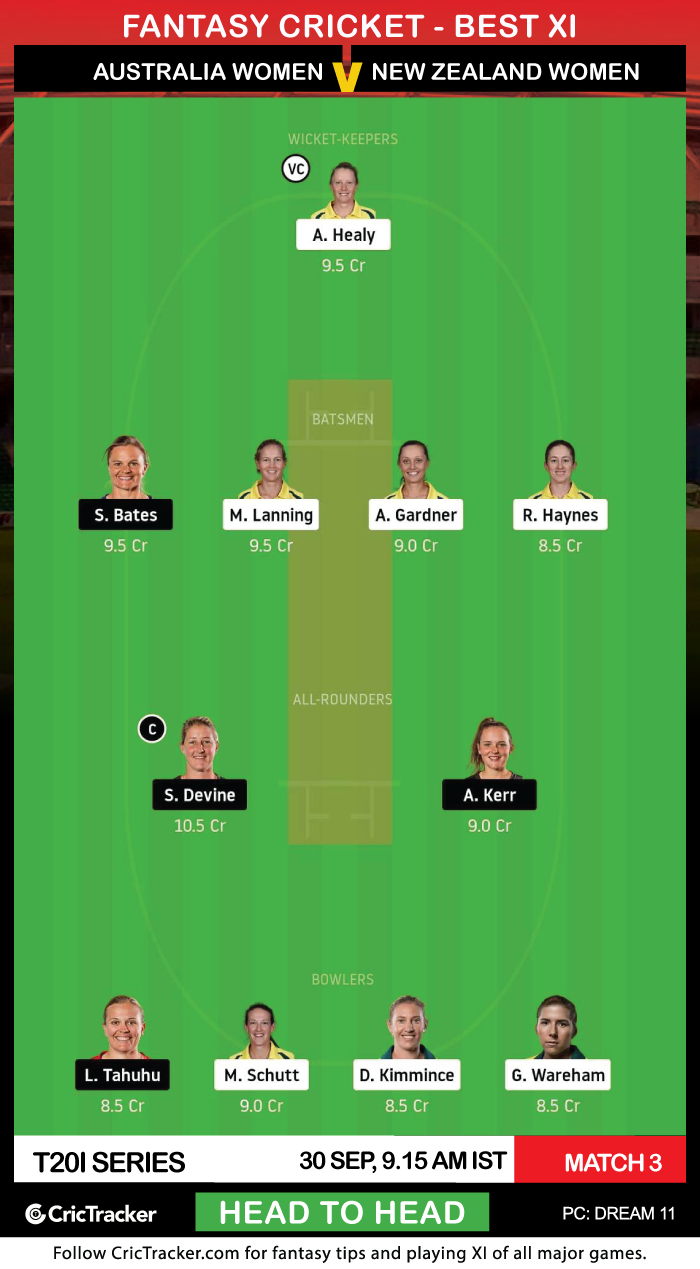 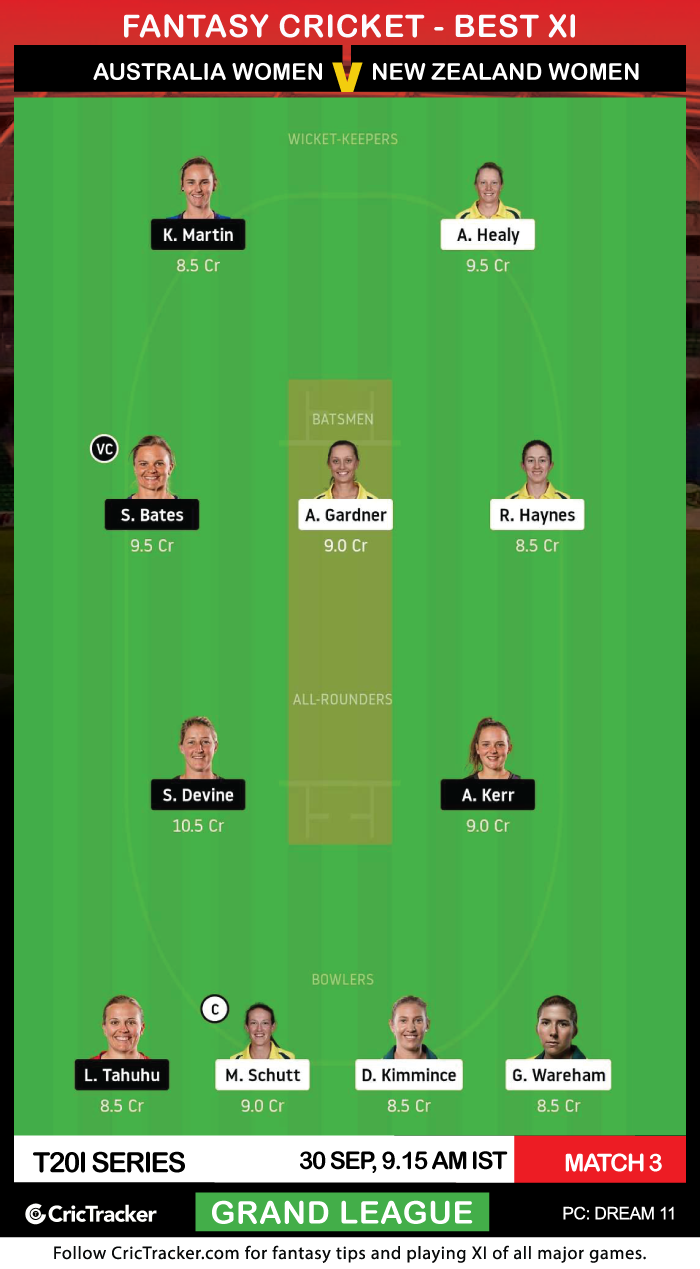 It would be wise to go into any contest for this match with a squad having as many as 4 bowlers. And, in the wicketkeepers’ department, you can include one extra player if you want to, Katey Martin, at the expense of removing a batswoman from your team.

Delissa Kimmince has been good with the ball and you can go with her as the captain of one of your Head to Head teams.