Megan Scutt is a must-pick in your Fantasy team. In 67 T20Is, she picked up 89 wickets.

The 1st match of the T20I series between Australia Women and New Zealand Women at the Allan Border Field in Brisbane.

New Zealand Women are currently in Australia for a three-match T20I series followed by the ODI series. Starting off well in such a short series, especially in the T20Is, will be critical for both the teams. After losing the first game, it is usually tough to bounce back with two back-to-back wins. Both the teams have got quite strong squads in place. They would fancy making the best use of their resources and getting off the mark early.

The temperature will be around the 24 degrees Celsius mark during this game. Also, the skies will be clear.

The pitch here is a decent one to bat on. The ball comes on nicely but the pacers will find some assistance early on.

Ellyse Perry will not be playing in this match as she has been ruled out due to a hamstring injury.

Rachael Haynes scored 695 runs in 47 innings including three half-centuries and even picked up 4 wickets.

Amelia Kerr is a top-notch bowler and has picked up 34 wickets in 32 games while maintaining an economy rate under 7.

Megan Scutt is a must-pick in your Fantasy team. In 67 T20Is, she picked up 89 wickets. 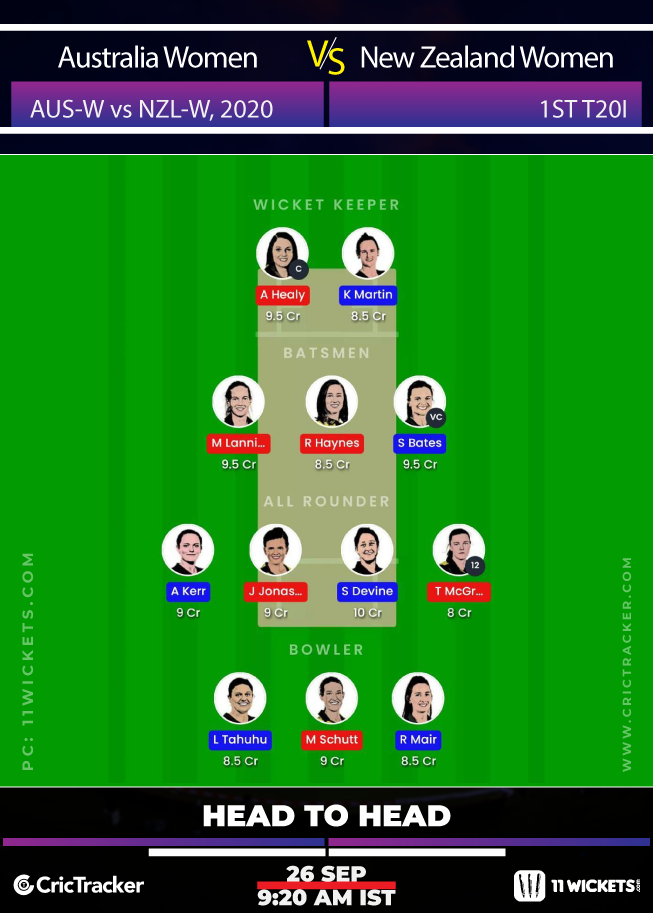 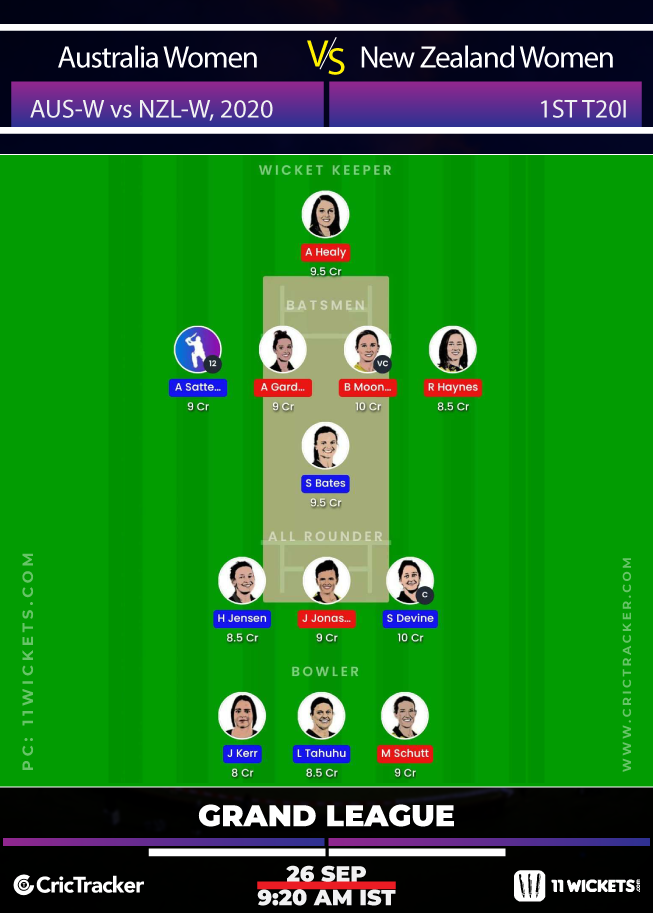 Mega Schutt is also an excellent option as a multiplier. You can have her as your captain or vice-captain in one of the Grand League teams.