The 2nd match of the ODI series between Australia Women and New Zealand Women will be played at the Allan Border Field in Brisbane.

Australia Women will square off against New Zealand Women once again for the 2nd ODI of the three-match series on Monday. The hosts took an early lead in the series by winning the first game by a margin of 7 wickets. They were highly clinical both with the bat and the ball, not letting the White Ferns find any opportunity to dominate whatsoever.

This upcoming game, the 2nd ODI, is essentially a do-or-die for the New Zealand Women. If they fail to they over the line in this one, they would concede the series to the Aussies. Thus, they would like to bring their A-game out and pull a victory in this match to level the series.

The temperature in Brisbane will rise as the morning progresses and will be up to 26 degrees Celsius. The humidity levels will be in the 40s during this match.

This pitch is not as bad as it seemed to be when the New Zealand Women batted. Shot selection is crucial on a track like this. If they pitch it in the right areas, the bowlers will get a good amount of purchase.

Ellyse Perry is ruled out of this series.

Katie Perkins scored 32 runs in the previous encounter and seems to be in good touch with the bat.

Sophie Devine scored 2581 runs in 93 ODI innings and picked up 71 wickets in 88 innings. Even though she scored 11 runs and went wicketless in the last game, she can be quite impactful.

Annabel Sutherland picked up three scalps in the previous game even though she was slightly expensive with the ball.

Jess Jonassen is a good all-rounder. She accounted for 2 wickets in the 1st ODI and can contribute with the bat too. 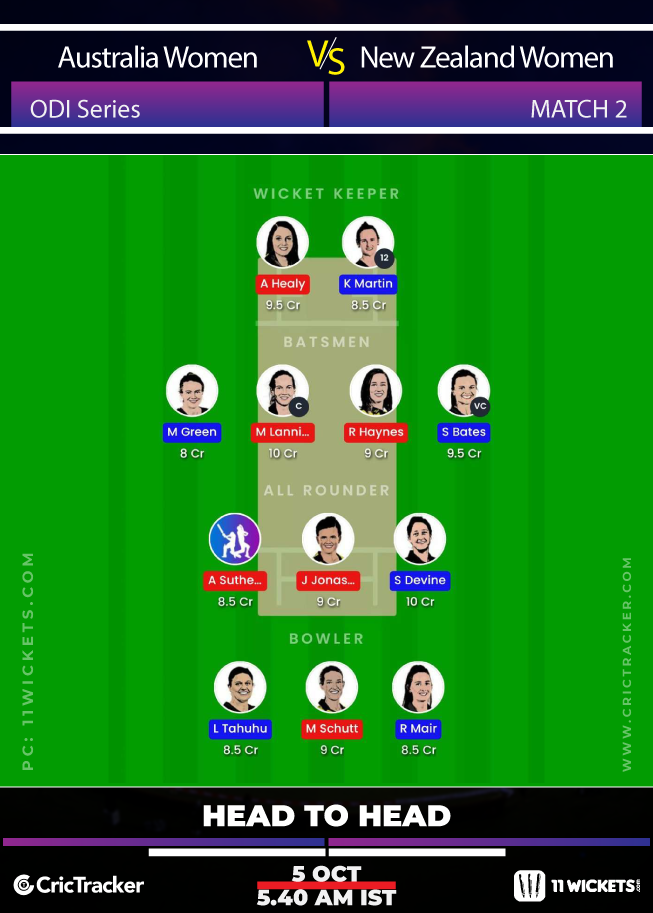 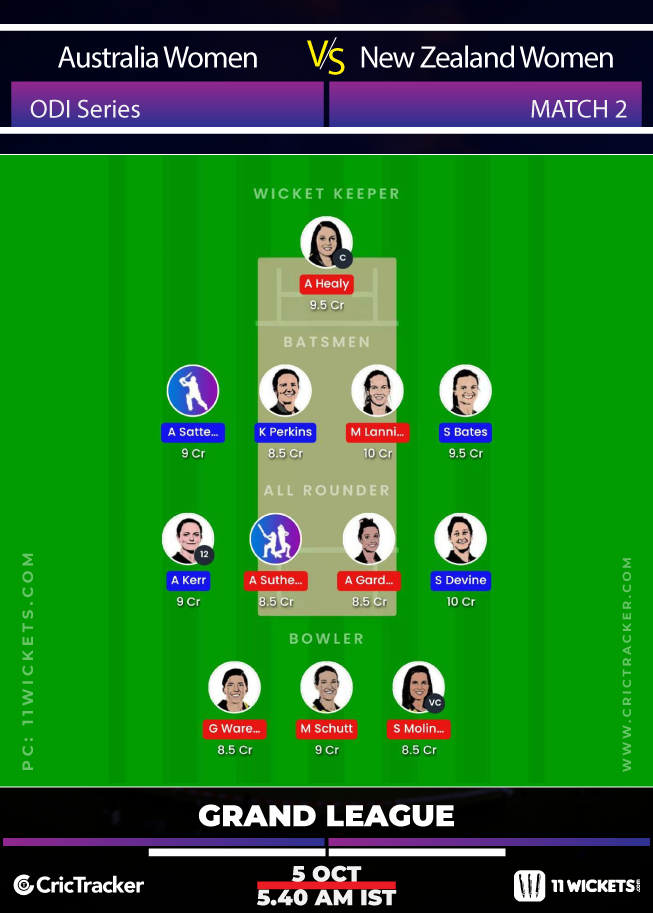 Amelia Kerr is a decent option to have in your team. While she could not be accommodated in the above teams, you can have her in any of your other Grand League teams.