The 3rd match of the ODI series between Australia Women and New Zealand Women will be played at the Allan Border Field in Brisbane.

After losing the first ODI by a considerable margin, New Zealand Women couldn’t bounce back in the second ODI either. Thus, they ended up conceding the series to Australia Women just as it was in the T20Is. Meg Lanning led the fightback for the Aussies in the last match and ensured that they kept their 21-year winning streak against this opposition intact.

This final game between both these sides is a dead rubber. But New Zealand Women will be hopeful of finishing off the tour with a win. However, after missing out in the T20Is, Australia Women will be keen on a clean sweep this time around. Also, Australia Women won 20 consecutive ODIs thus far and will want to keep the streak going.

It will be a humid day in Brisbane. But with the winds blowing around, the players should be able to get some relief. The temperatures will go up to 26 degrees Celsius during the afternoon.

The pitch here is a sporting one. The batters will have to toil hard initially. But once they get their eye in and get an idea about the bounce, they can go on to make a big score.

216 (First two matches of this series)

Suzie Bates is not available for selection due to a shoulder injury. Lauren Down is recovering from an elbow niggle and is doubtful for this game.

Amy Satterthwaite seems to have found her touch back and scored 69 runs in the last match.

Sophie Molineux picked up 4 wickets in two games and has also scored 32 runs with the bat thus far.

Alyssa Healy scored 47 runs in two games and is yet to play to her full potential. If she gets going, she can play a huge knock.

Megan Schutt returned with figures of 2/54 in the last match. With the kind of experience she’s got, she is capable of picking some important wickets for her team. 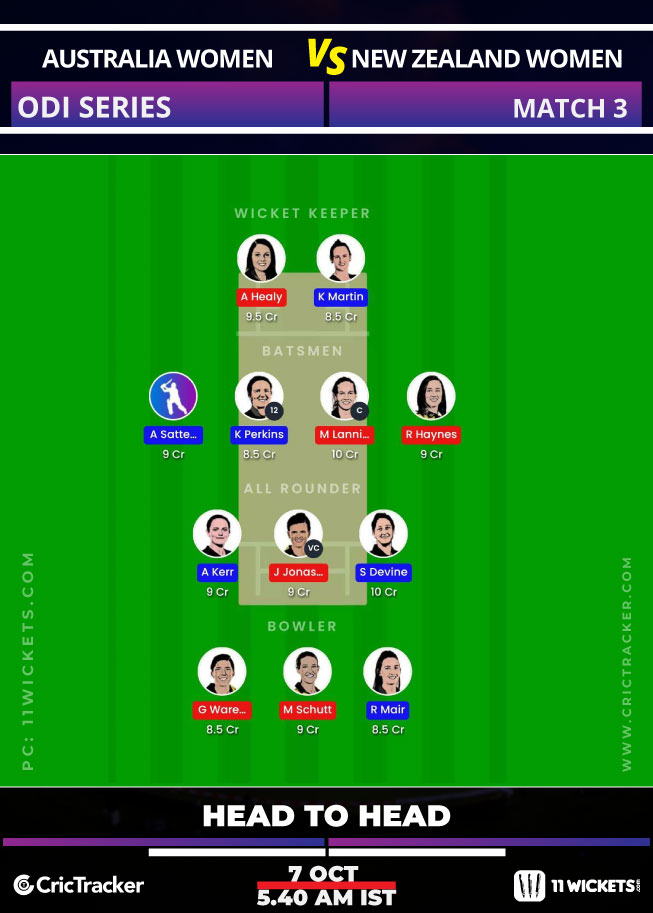 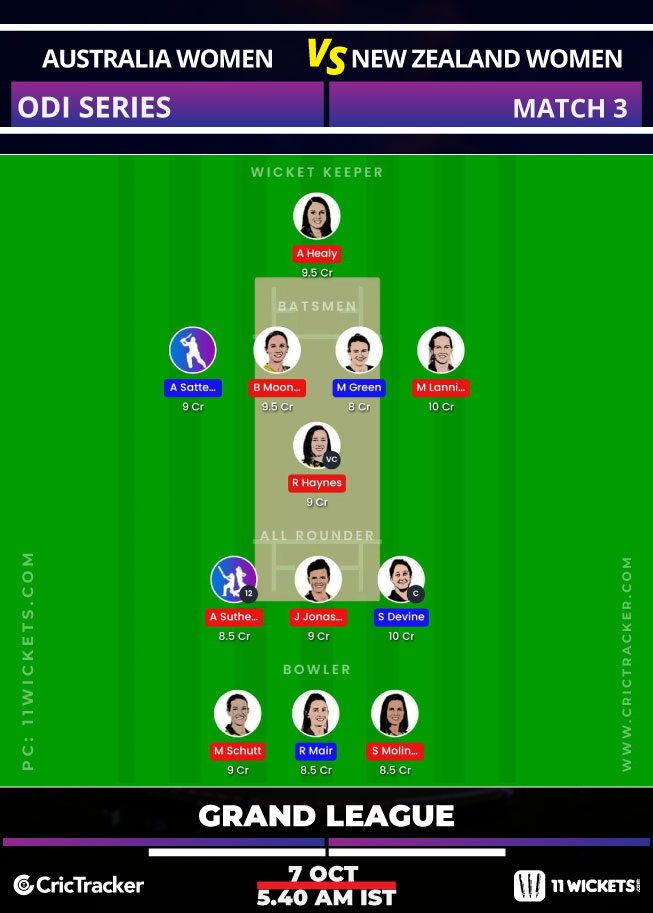 With the kind of form Meg Lanning is in at the moment, it wouldn’t be a bad idea to have her as the captain in both the Head-to-Head and Grand League teams.

Australia Women are expected to win this match and also complete the clean sweep.