Sarah Glenn has scalped 7 wickets in four matches of this series. The leg-break bowler has not allowed easy runs to the West Indian team.

The 5th T20I match of the 5-match series between England Women and West Indies Women will be played at County Ground in Derby.

After registering four wins in four matches, England Women will be keen to whitewash West Indies Women with a win in the final game. The hosts have batted first and successfully defended the totals in all four matches. Captain Heather Knight might look to chase and see how her side performs in the last fixture because they have an unassailable lead of 4-0 in the series.

On the other side, West Indies Women will look forward to recording a consolation win over England Women. The visitors have been outplayed in all the four matches so far. Barring Deandra Dottin, none of the Caribbean players has managed to impress in this series which is a huge concern.

There are predictions for light rain during the match time in Derby. The temperature is expected to be 12 degrees Celsius.

The pitch has favoured the batswomen so far in this series. However, the West Indian batswomen have struggled to get going. Sarah Glenn has shown that even the spinners can achieve success here.

Sarah Glenn has scalped 7 wickets in four matches of this series. The leg-break bowler has not allowed easy runs to the West Indian team.

Hayley Matthews has been fairly successful with the ball, having picked up five wickets in four matches. She has also scored 38 runs in this series.

Deandra Dottin has been the leading run-getter among both the teams. The top-order batswoman has amassed 174 runs in four matches.

Heather Knight can be backed to lead her side from the front in this match. She is England’s highest run-scorer with 113 runs in the series. 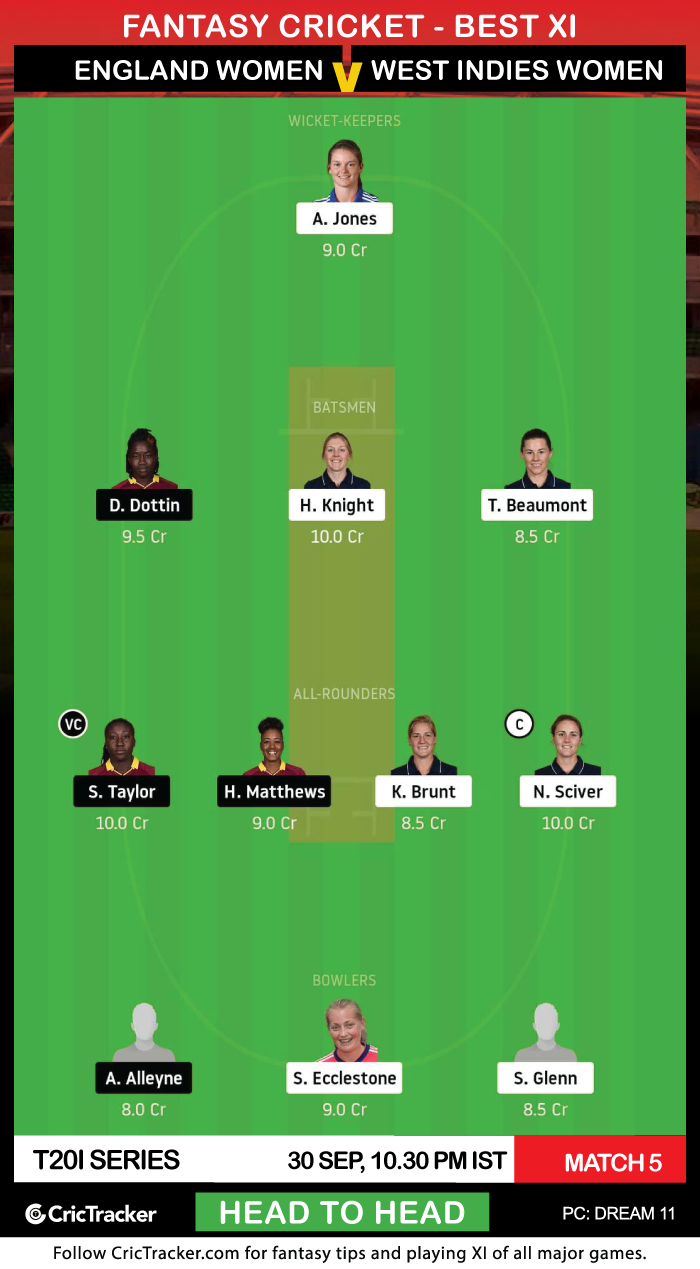 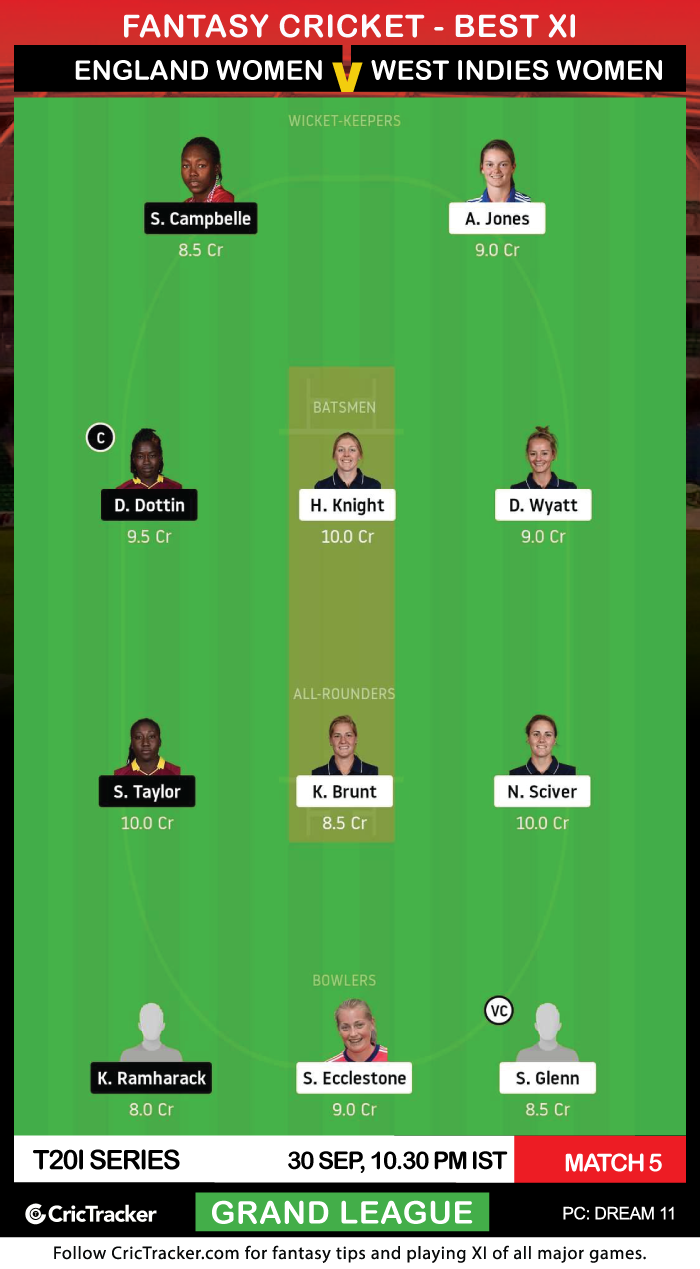 Amy Ellen Jones seemed to be in a splendid touch during the last match. She has scored 108 runs in four matches of this series. It is advisable to pick her over Shemaine Campbelle in the wicket-keeping section.