After RR vs RCB and DC vs KKR match, Delhi Capitals have jumped to the top of the points table.

The 16th match of the Indian Premier League (IPL) 2020 between Kolkata Knight Riders and Delhi Capitals went live from Sharjah. Both the teams turned up on the high scoring pitch to bag two significant points. Coming with the bat first, the DC batsmen put on some destructive show and posted the highest total (228/4) of IPL 2020 so far. The huge score came on the back of skipper Shreyas Iyer’s breathtaking innings as he scored 88 off just 38 deliveries. Delhi won the high scoring contest by 18 runs.

Iyer was eventually named as the player of the match for his terrific knock. Young Prithvi Shaw also added his significant 66 off 41 in DC’s account. Cameo by Rishabh Pant remained essential in the team’s efforts to cross the 200-run mark. None of the bowlers could do well from KKR’s end, as Iyer smashed all of them equally.

Hunting the big target, the opening stand of KKR failed and didn’t bring anything good to the team. Nitish Rana’s 58 off 35 looked good but ended before the team could see the face of victory. The duo of Eoin Morgan (44 off 18) and Rahul Tripathi (36 off 16) also looked dangerous at one moment but fell short ahead of a big target. Anrich Nortje remained impressive from the bowling section of Delhi as he conceded 33 runs and picked three wickets in the game.

After RR vs RCB and DC vs KKR match, Delhi Capitals have jumped to the top of the points table. The second slot is sealed by Royal Challengers Bangalore, next in line are Mumbai Indians at 3rd place while Sunrisers Hyderabad have occupied the fourth position.

The Orange Cap is with Mayank Agarwal, who has 246 runs in the league so far. The second-place has another Punjab batsman, KL Rahul. Faf du Plessis and Devdutt Padikkal are at 3rd and 4th place respectively. Yuzvendra Chahal, Mohammed Shami, and Kagiso Rabada have eight wickets each to their credit, but Chahal keeps the purple cap due to the best economy. 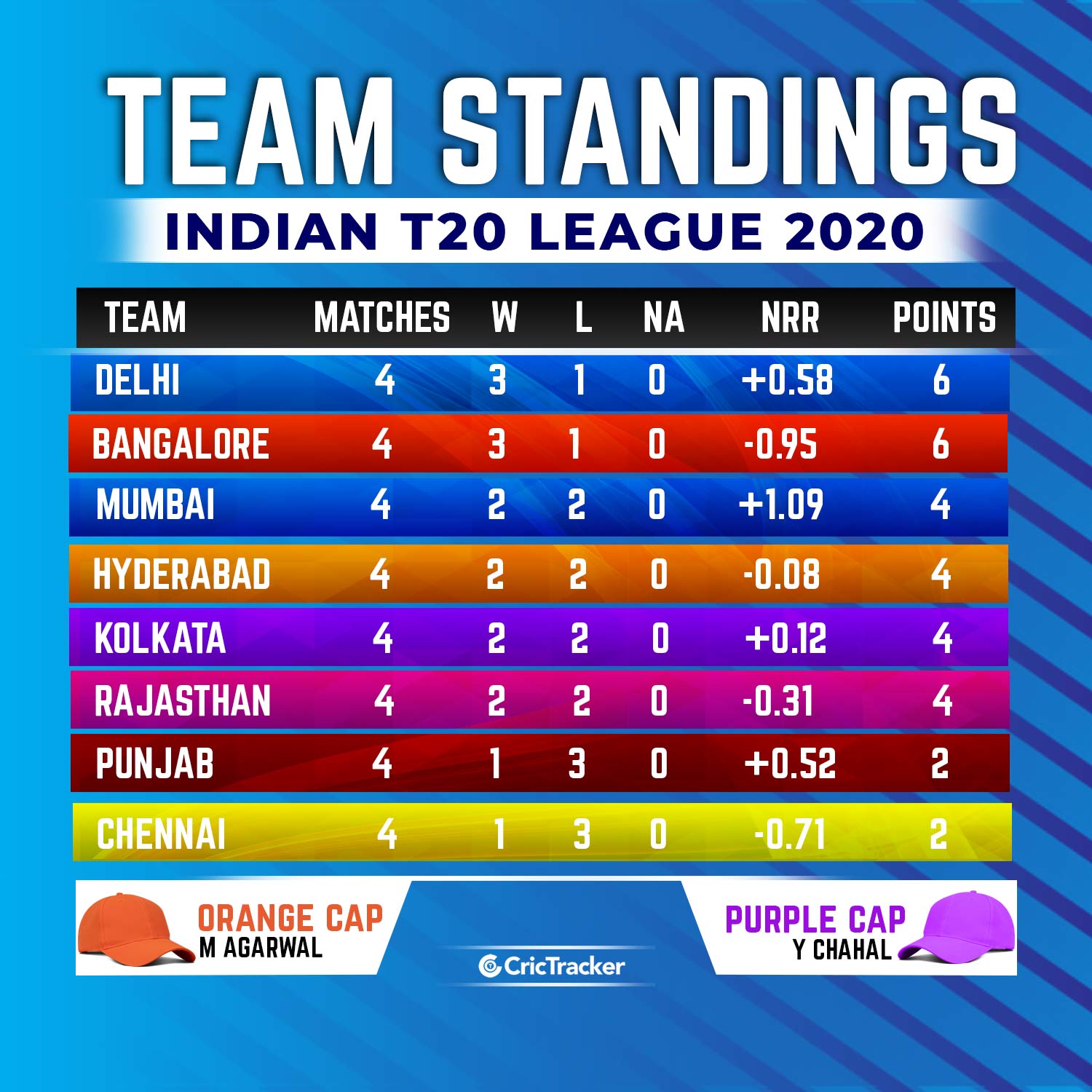