After the RR vs DC game, DC have reached to the top of the points table again with all the style. 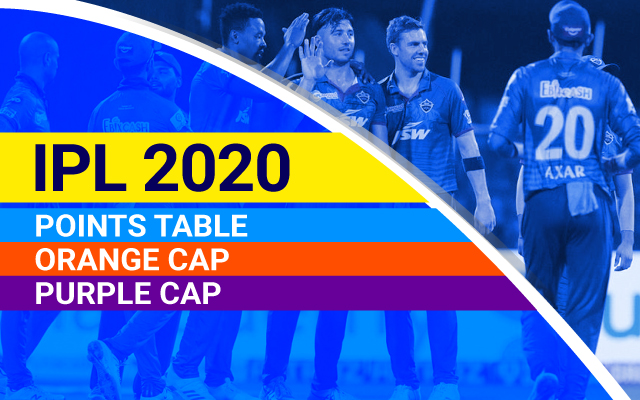 The 23rd match of the Indian Premier League (IPL) got underway between Rajasthan Royals and Delhi Capitals in Sharjah. Rajasthan were in the lookout for two points in their bag but didn’t do the required job. Batting first, DC started on an average tone, but their game towards the end saw some good knocks, and they posted a good 184/8 on the board. Shimron Hetmyer (45 off 24) and Marcus Stonis (39 off 30) gave the best push to Delhi’s score.

Ravi Ashwin was named as the player of the match for his great figures of 2/22 in four overs. Skipper Shreyas Iyer’s cameo (22 off 18) remained essential in pushing the team towards a good score. Rahul Tewatia displayed a great bowling show as he remained the most economical from the Royals’ artillery. He conceded just 20 runs picked a wicket too during his span of four overs. Jofra Archer also remained effective and named three scalps to his credit.

Hunting down the big target, the big names from Rajasthan couldn’t get anything significant in their bag. Young batter Yashasvi Jaiswal contributed 34 runs from his bat. Rahul Tewatia was looking in a position to provide some relief to RR before he went back on 38. Kagiso Rabada picked three wickets for Delhi.

After the RR vs DC game, the Capitals have reached to the top of the points table again with all the style. The second spot is reserved by Mumbai Indians, who are followed by Sunrisers Hyderabad at 3rd place and Kolkata Knight Riders at 4th place.

KL Rahul continues to own the Orange Cap as he has scored 313 runs in his bag in IPL 2020 so far. The second in line is Faf du Plessis, with 299 runs in his account. The 3rd and 4th spots are reserved by Mayank Agarwal and Jonny Bairstow respectively.

Kagiso Rabada has 15 wickets under his belt and remains the proud owner of the purple cap. The second one in the race to the purple cap is Jasprit Bumrah, with 11 wickets. Next in line is Trent Boult with 10 wickets. James Pattinson and Mohammed Shami have nine wickets each to their name in IPL 2020. 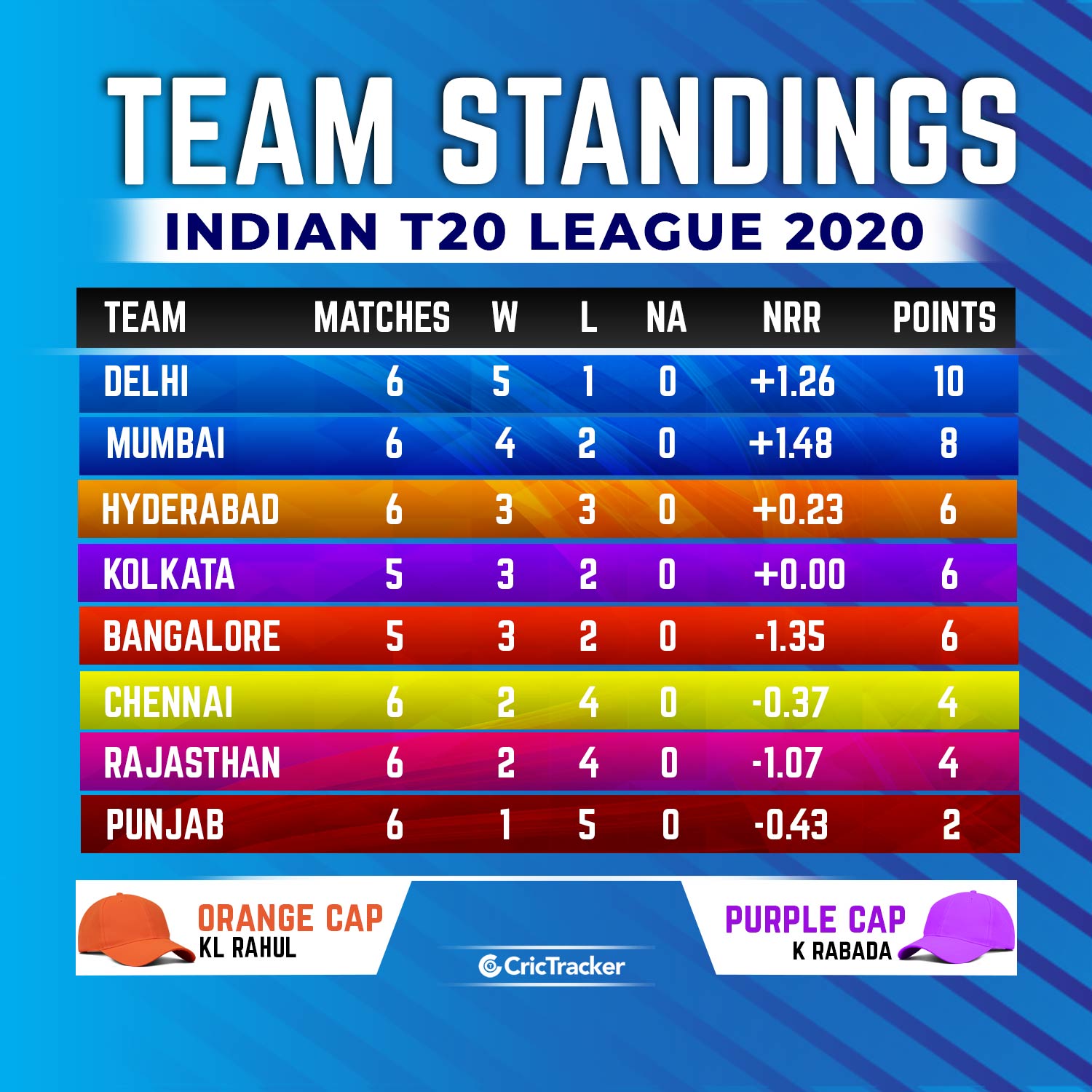