Virat Kohli returned to form with an unbeaten fifty in RCB’s 8-wicket victory.

The Royal Challengers Bangalore got their first taste of topping the points table in IPL 2020 as they defeated Rajasthan Royals by an 8-wicket margin. The RCB team did complete the chase of a 155-run target with five balls to spare but only at the cost of their openers. Devdutt Padikkal produced the most impactful performance with the bat for the RCB team whose 45-ball 63 got an impact rating of 7.3 as per the CricTracker’s Match Impact Ratings which is higher than that of Virat Kohli who scored more runs.

The RCB skipper scored an unbeaten 72 off 53 balls but a slow start unlike that of Devdutt earning him an impact rating of 6.04 only. The highest impact with the bat was however recorded by Rahul Tewatia whose contribution low down the order got the Royals past 150-run mark. His unbeaten 12-ball 24 included three sixes and had added 40 runs in the last 20 balls with Jofra Archer. Tewatia earned a rating of 11.21 while Jofra got nearly seven with the bat itself. 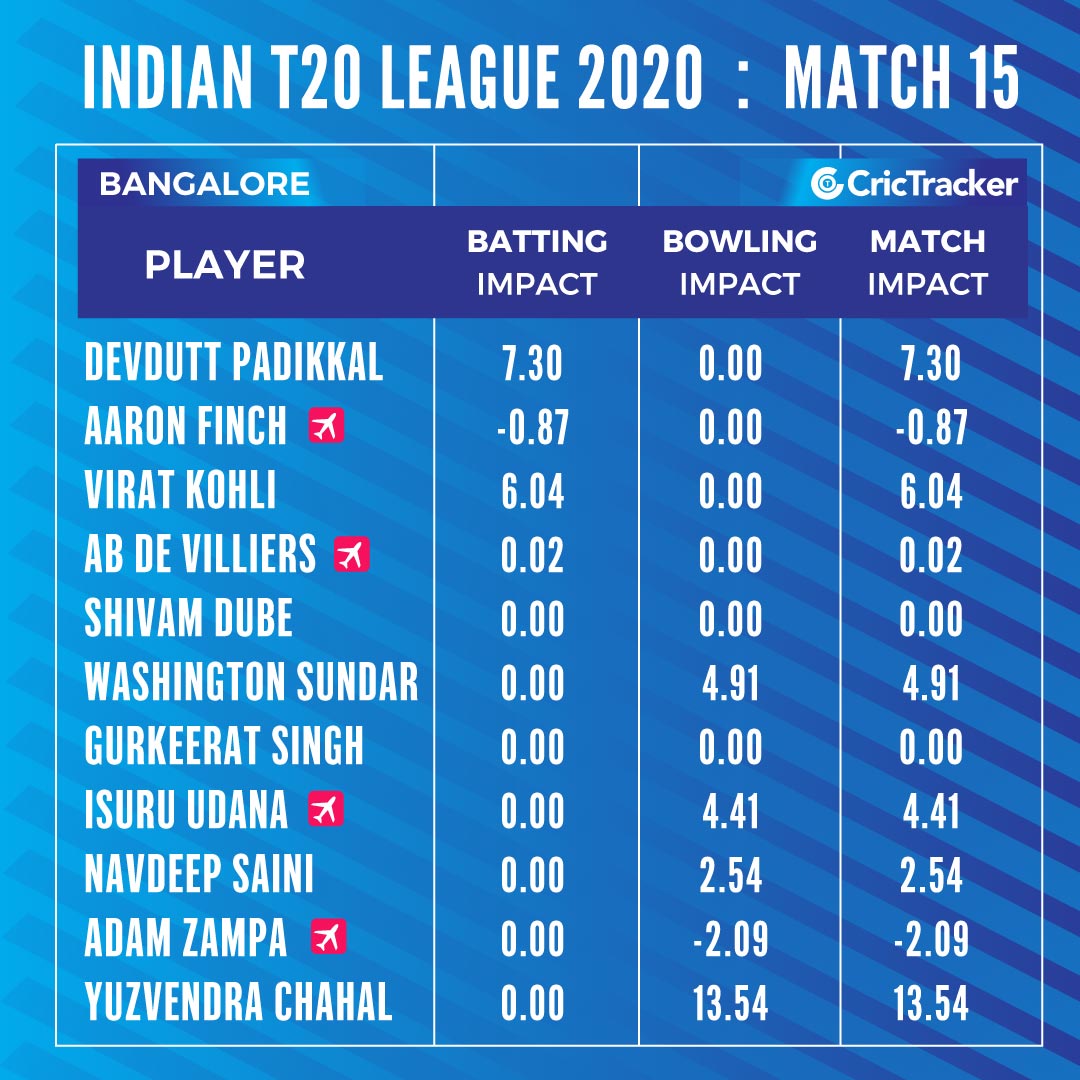 This helped Archer to record the highest impact from this match as he bowled a tight spell was the highest among the Rajasthan Royals’ bowlers. Jofra Archer conceded just 18 runs in his four overs and also claimed the wicket of Devdutt Padikkal and earned an impact rating of 8.29 which was the highest in whole game surpassing that of Yuzvendra Chahal. The leg-spinner’s bowling analyses of 4-0-24-3 had an impact of 13.54, the only bowling performance during this game with an impact in double digits.

Tom Curran, who bowled 3.1 overs conceding as many as 40 runs, got a negative impact of -4.72 with his bowling effort. The Rajasthan Royals’ batting suffered due to a couple of slow batting performances in the middle-order. Robin Uthappa scored just 17 off 22 balls earning a negative impact of -10.19 while Riyan Parag got -5.25 for his 18-ball 16. Jos Buttler made a quick-fire start before falling short of a big knock but got an impact of +7.02. 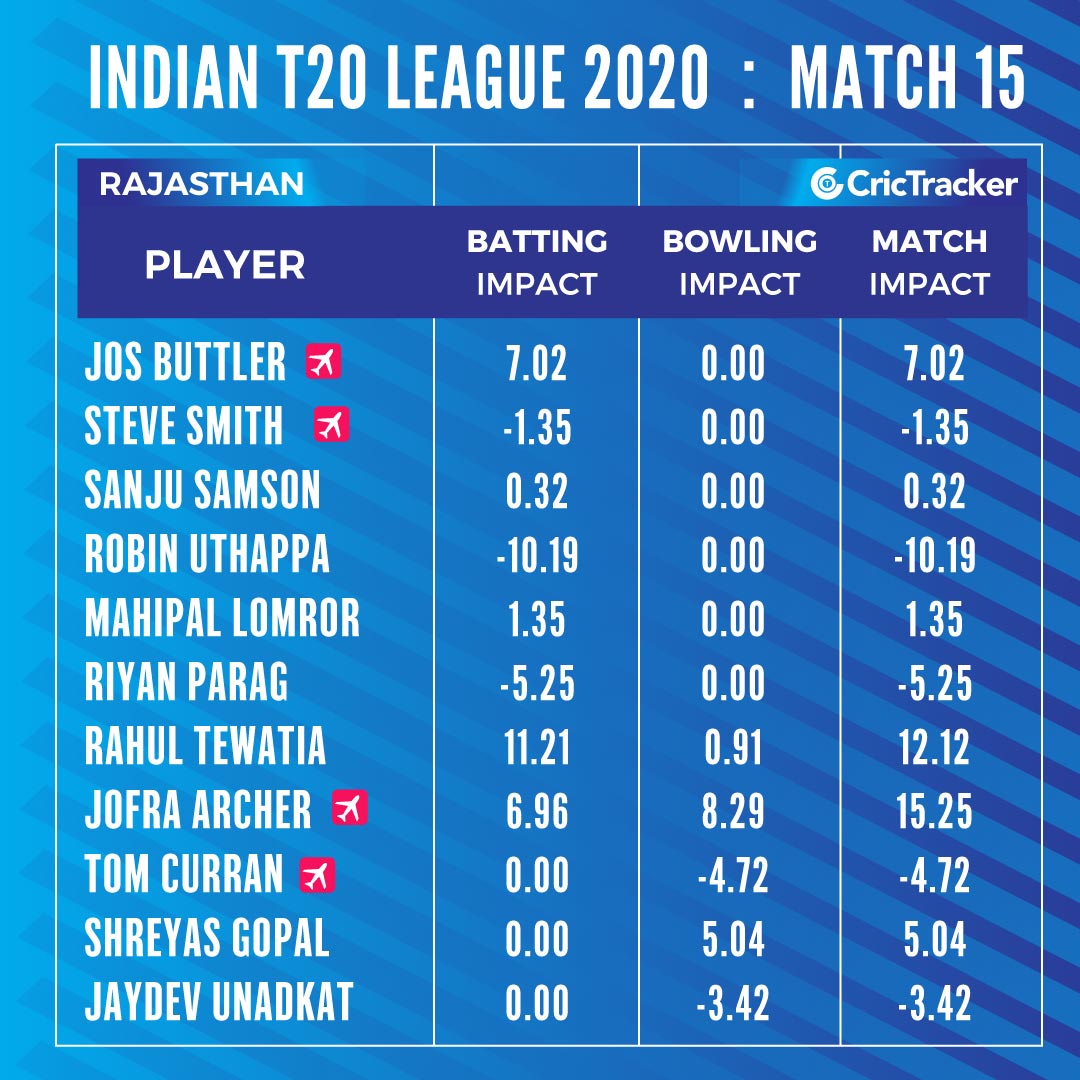