A clinical performance from Mumbai Indians helped them to squeeze their 3rd win in five games.

The table-topper changed for the 3rd match in a row as Mumbai Indians sealed a 34-run win against Sunrisers Hyderabad to go on to the top. The MI team posted a solid total of 208/5 in their 20 overs during the game hosted by Sharjah and restricted SRH to 174/7. Quinton de Kock finally found some batting form in IPL 2020 as he scored 67 from only 39 deliveries with four fours and four maximums.

His knock earned an impact rating of 7.47 as per the CricTracker’s Match Impact Ratings. However, it turned out to be the 3rd best batting rating in MI’s innings due to late blitzes from Kieron Pollard and Krunal Pandya. The Caribbean all-rounder struck three sixes during his unbeaten 25 and earned an impact of 8.55 while Krunal struck two sixes and two fours across four balls he faced which held an impact of 15.94.

Both the players made crucial contributions with the ball and finished as the only players with the impact of over 10 in the match. Pollard got an impact rating of 3.73 for his bowling as he conceded only 20 runs in his three overs and covered up Rahul Chahar’s overs. On the other hand, Krunal Pandya bowled his four overs giving away 35 runs and also picking a wicket. 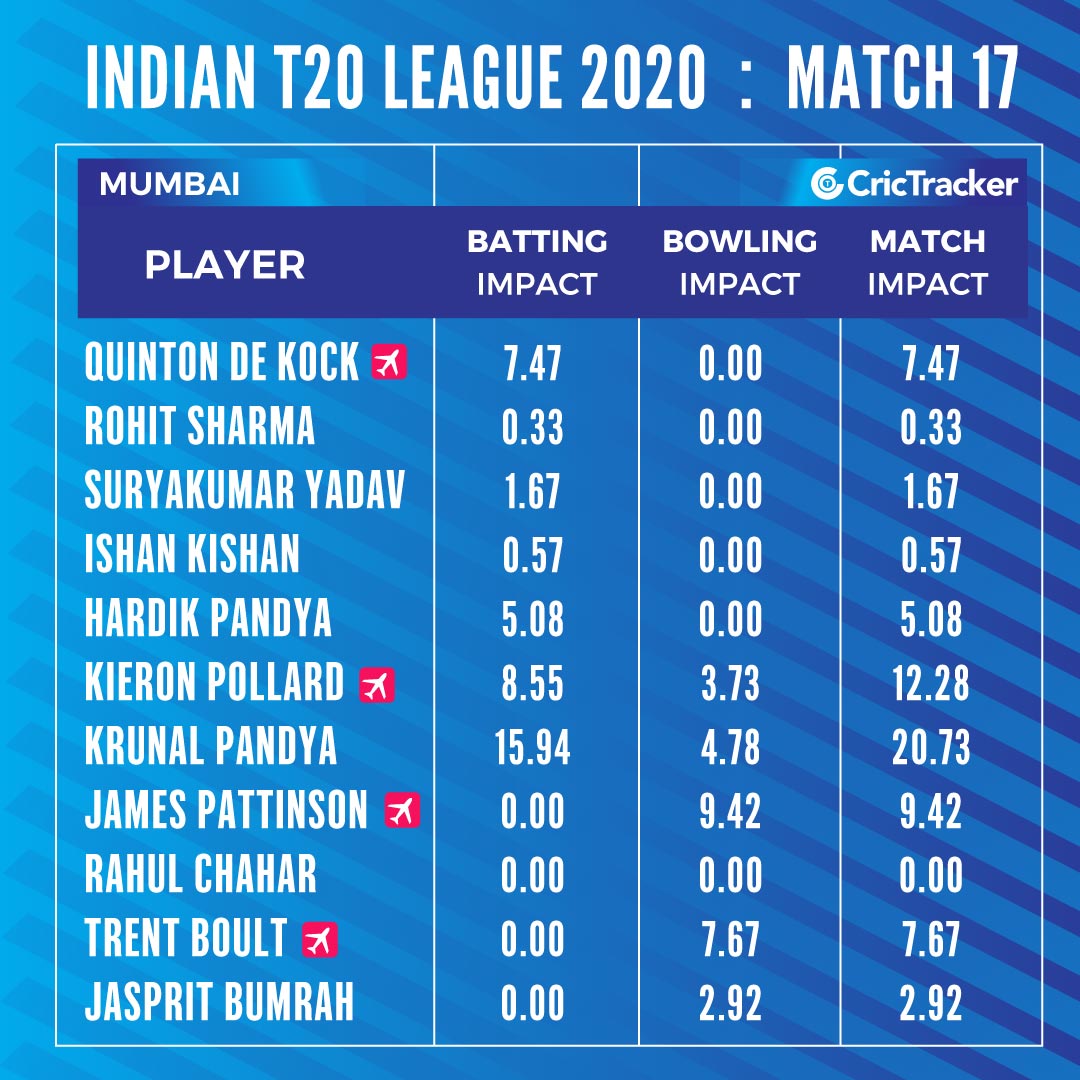 The elder Pandya finished with a match impact of 20.73 while Pollard got a match impact rating of 12.28. The overseas pacers of Mumbai Indians were as crucial as the all-rounders who made sure the SRH batters didn’t get going easily. James Pattinson had analyses of 4-0-29-2 by picking up the important wickets of Manish Pandey and David Warner and earned an impact rating of 9.42 which was the highest for any bowler in the match.

Trent Boult, who earned the man of the match award, got an impact of 7.67 for his 4-0-28-2 that included the wickets of Jonny Bairstow and Kane Willamson. For the Sunrisers, it was Rashid Khan’s 2/22 that fetched the best impact with the ball of 7.03. Warner, who played an anchor role, indirectly played into the hand of MI during the big chase which earned him a negative rating of -5.29. 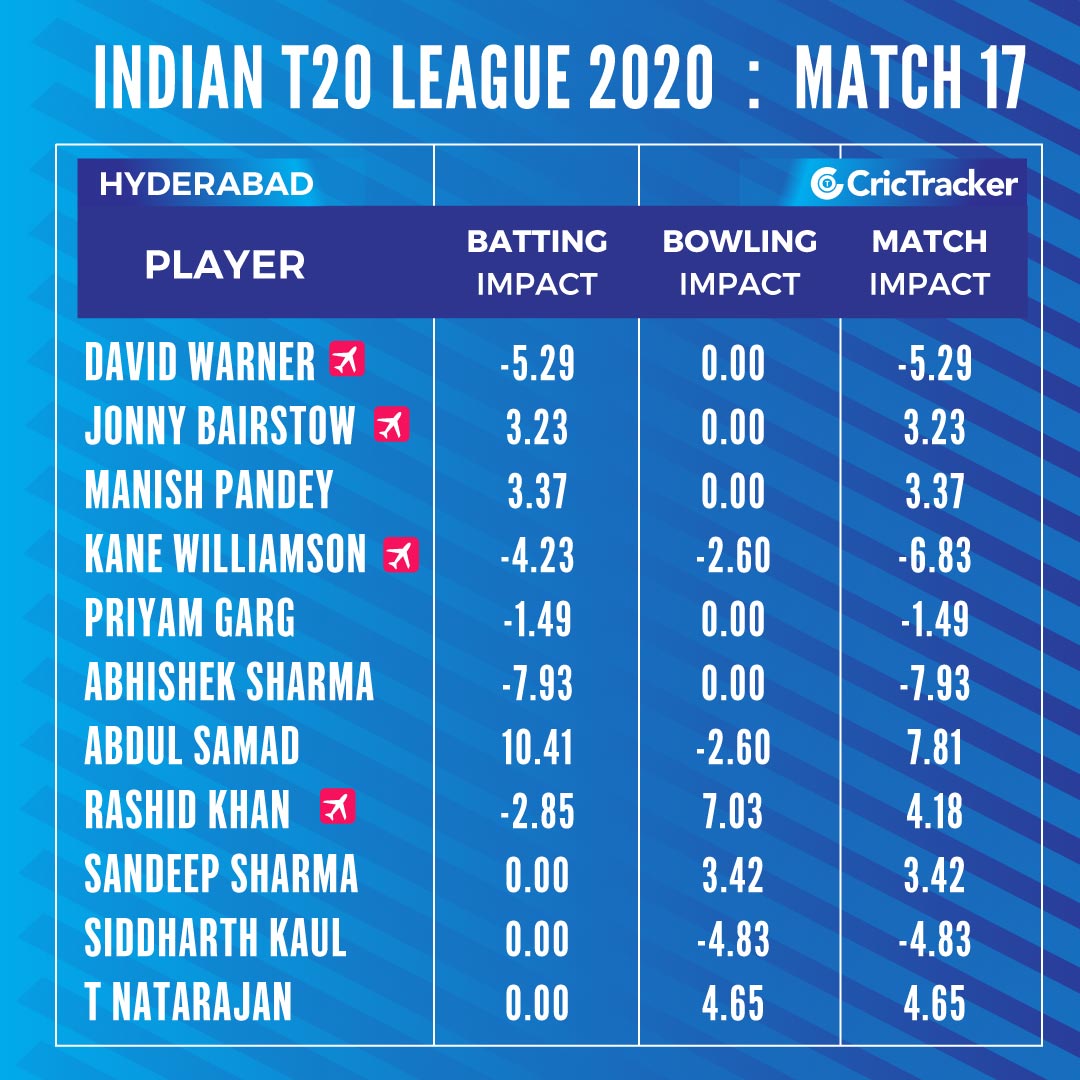