Can Rohit Sharma and Jasprit Bumrah script yet another win for Mumbai Indians?

Mumbai Indians and Sunrisers Hyderabad will lock horns in an interesting battle on Sunday afternoon at the high-scoring Sharjah. The venue has witnessed as many as six 200+ totals in three matches hinting a possibility of another run-feast when Rohit Sharma and David Warner will face off. Both the teams have got two wins in four matches played and the winner on Sunday among the two will have a chance to top the points table.

Can Rohit survive his threats?

Rohit Sharma has begun IPL 2020 on a positive note smashing two fifties in four matches played thus far. His both fifties came at Abu Dhabi where the tracks have been on the slower side. The Sunday’s match will be played in Sharjah where the track has been the best for batting and the boundaries not so big either. However, the Sunrisers Hyderabad are probably the toughest opponents for Rohit as he doesn’t have a great record against any of the SRH bowlers. 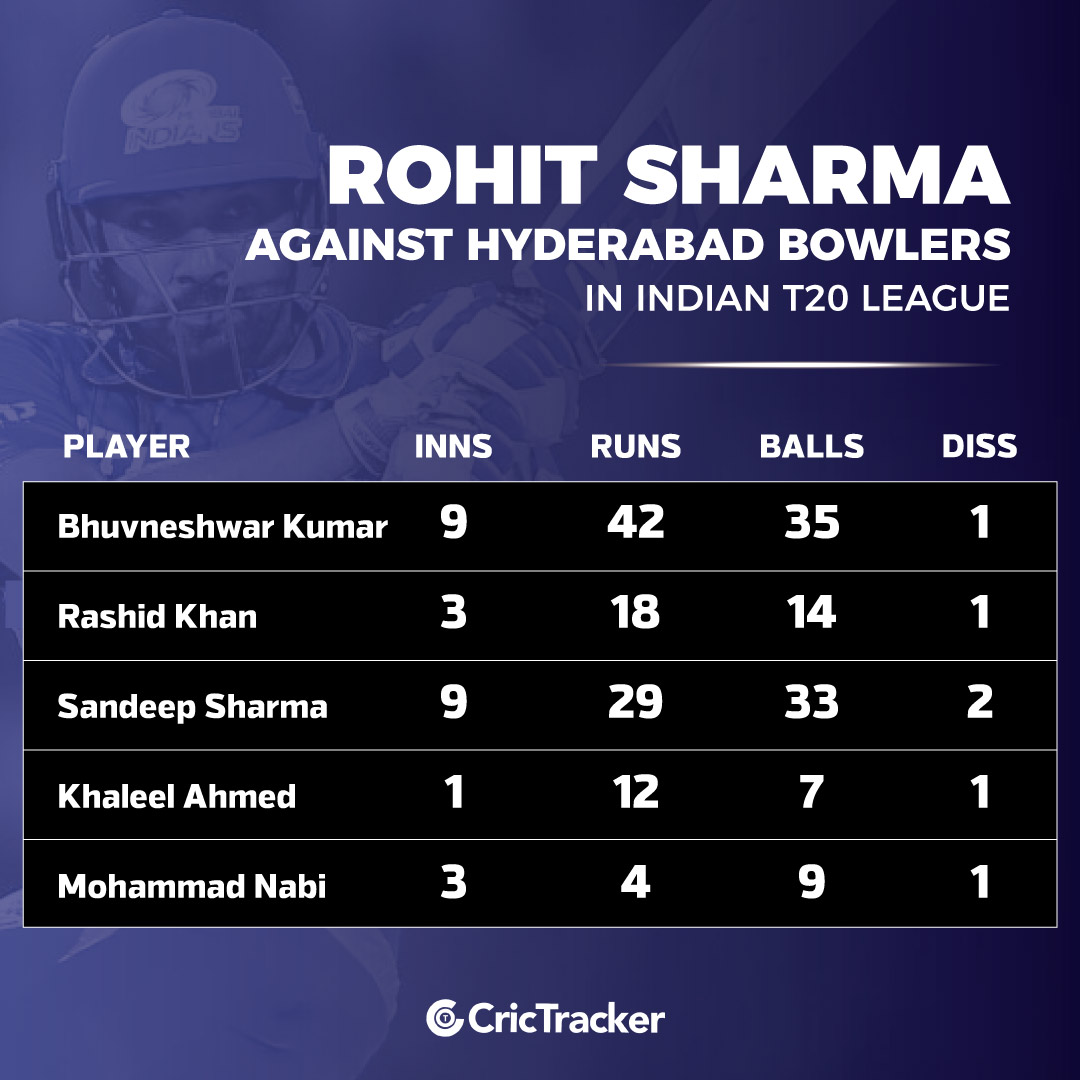 If Bhuvneshwar Kumar doesn’t get fit for this match, Rohit will be facing Sandeep Sharma against whom he been dismissed twice. Sharma has to deal with his usual demons of googlies against the leg-spinners and on Sunday, he will be up against one of the best in the business, Rashid Khan. Sharjah is obviously Rohit’s best shot at bettering his record against Sunrisers and the way he would deal Rashid could decide the fate of the game.

Time for Bairstow to step up

Jonny Bairstow has been rather disappointing in the IPL 2020 especially during the powerplay overs. His poor-run during the field restrictions began since the English summer. Bairstow got dismissed in the powerplay itself on six occasions in ten T20 innings played across the last three months. His average and strike rate have been quite poor as well quite opposite to 2019 IPL. Bairstow’s batting during the powerplay in his IPL debut season played a crucial role towards the success of David-Jonny partnership. 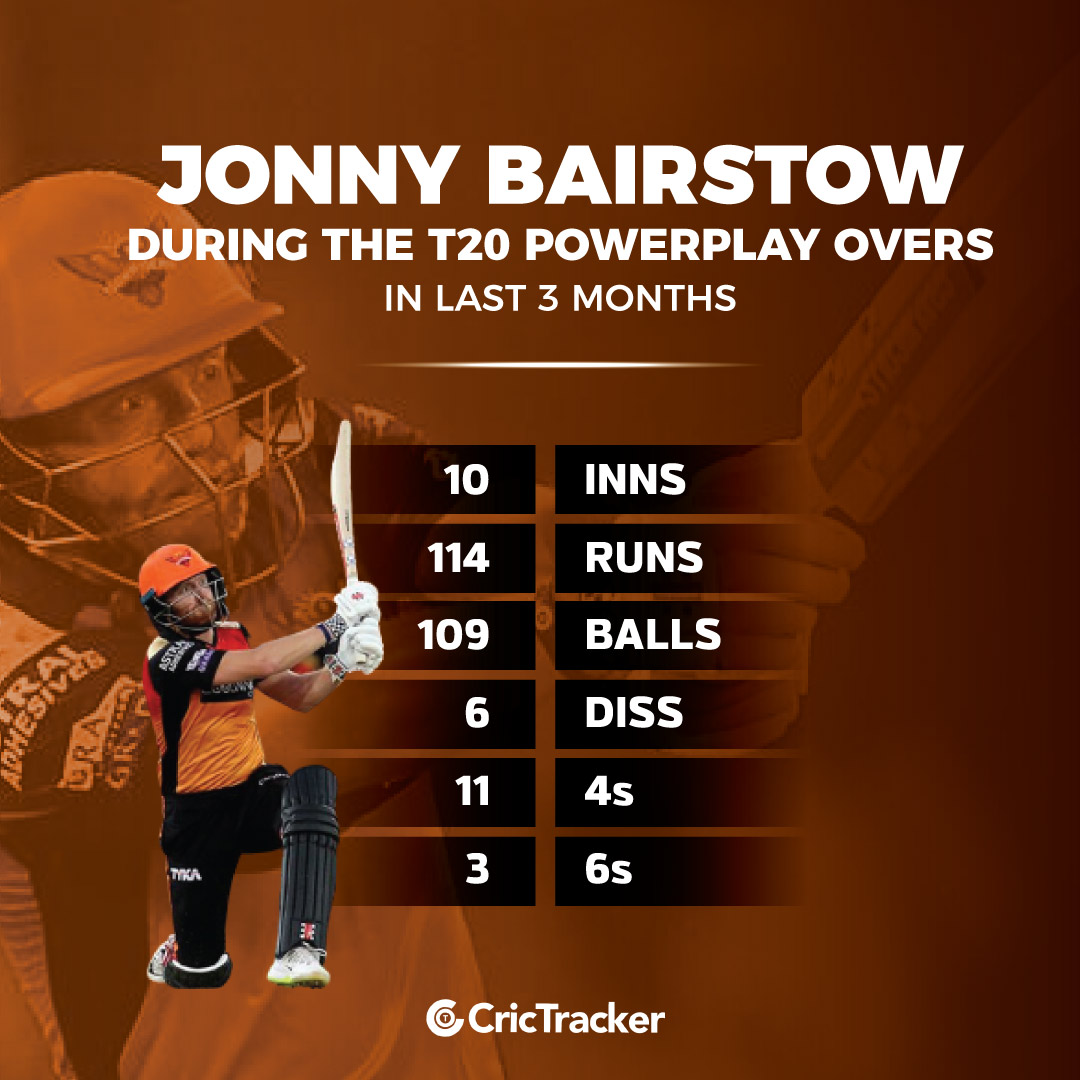 Can Bumrah regain his supremacy over SRH?

Jasprit Bumrah bounced back strongly against Kings XI Punjab but will be up against Sunrisers Hyderabad whose top four never got out to Bumrah in the IPL. Warner and Pandey faced Bumrah six times each and scored over 40 runs without getting out. Williamson has batted against Bumrah only twice in the league but has smashed the Indian pacer during the T20I series. Hence, it will be an interesting battle between Bumrah and SRH’s batsmen on a batting paradise. 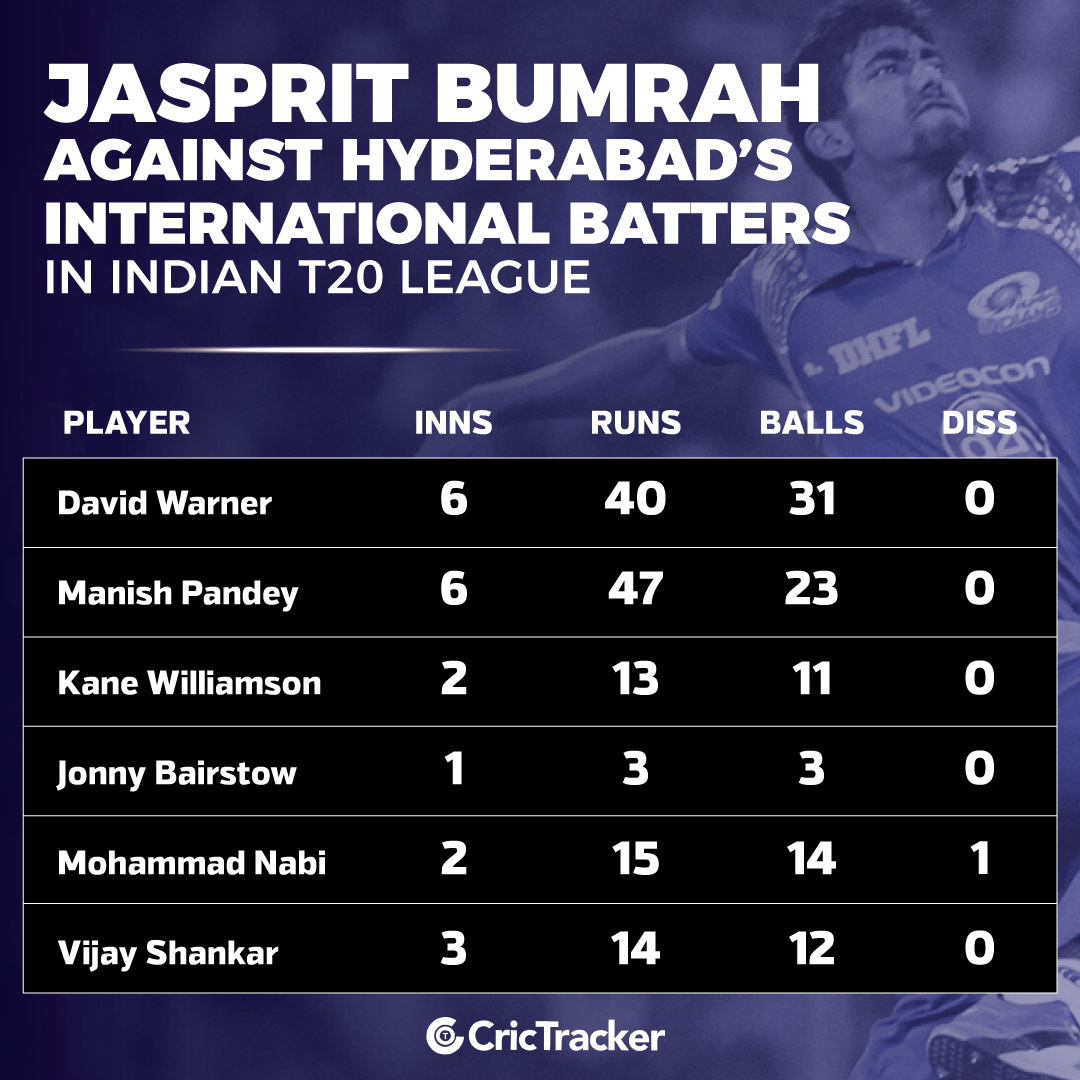