Should CSK try Sam Curran as an opener to solve their powerplay batting issues?

Two weeks into the IPL 2020, all the eight teams have played four matches apiece but only Kings XI Punjab and Chennai Super Kings have failed to win more than one match. CSK defeated Mumbai Indians in the tournament opener but lost their next three while chasing due to lack of attacking instincts early on. KXIP, on the other hand, failed to grab opportunities during two of their first three games which is why they have got only two points instead of six.

Chennai Super Kings have been quite poor at using the powerplay overs in this season and have left a lot to chase at the death. CSK is blessed by a line-up which has batters who can hit a few around. In the last match, CSK’s lower-order consisted of Curran, Bravo, Thakur, Chahar and Chawla; all capable of getting runs at a good pace. Yet, CSK’s run rate barely touched 6 until 16th over even while chasing 160+. It is high time CSK promotes Sam Curran to the top-order and make him most of the powerplay. 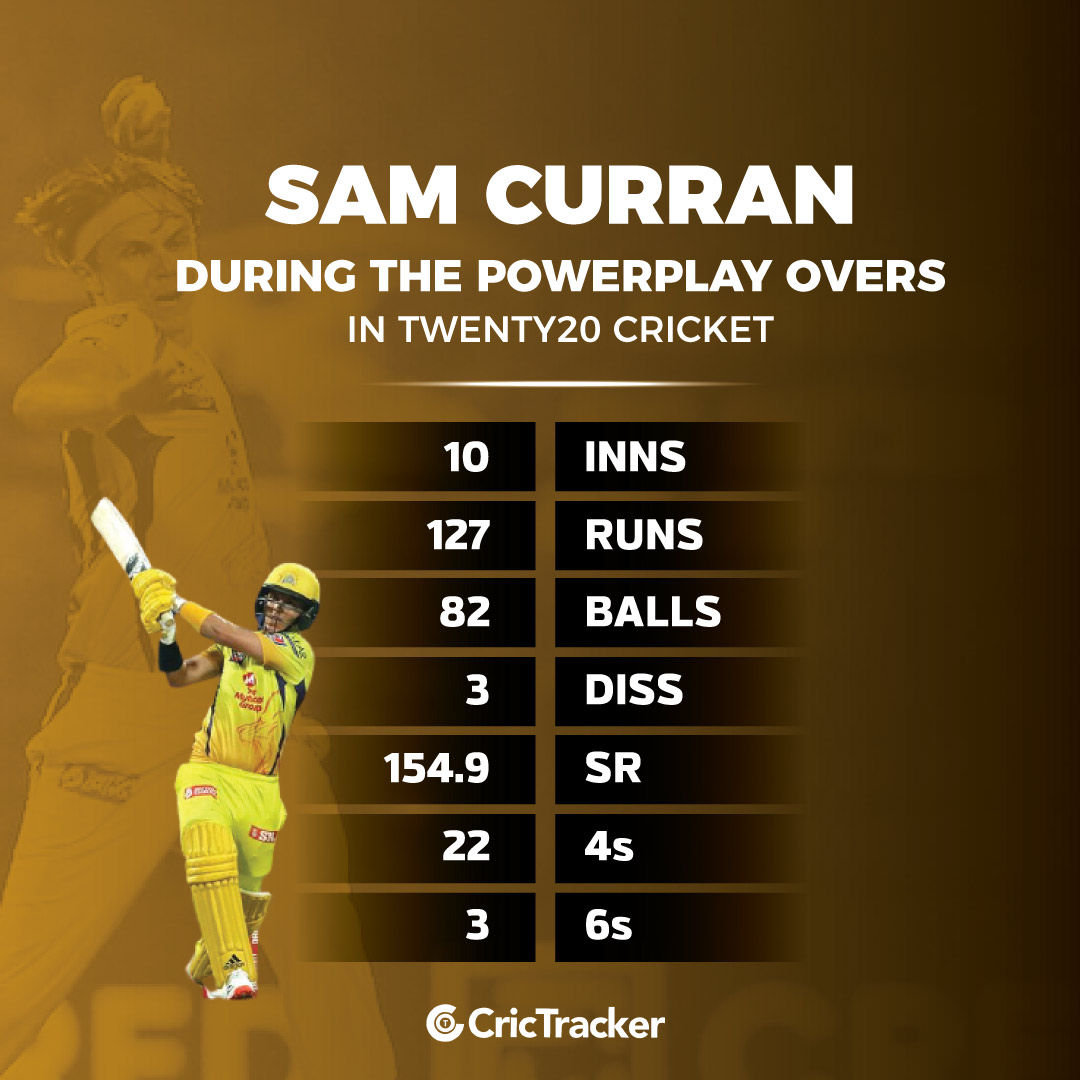 Due to lack of proper death bowler, Kings XI Punjab is saving Mohammed Shami’s overs for the death. He bowled just one over against MI before spinners took the charge. Curran will be best to deal with this type of bowling and could help CSK get a quick start. He has been into powerplay on ten occasions in the Twenty20s thus far where he scored 127 runs at a strike rate of 154.9 and got dismissed only three times. On most occasions, Curran was batting at No.3 and even got a chance to open once during the last IPL.

Can Rahul get the better of CSK yet again?

KL Rahul has been quite defensive in the powerplay this year to ensure he bats as long as possible. This template could well work for him against Chennai Super Kings especially in Dubai. Rahul did score fifties in both matches he played against CSK last year. If he gets through the opening spell of Deepak Chahar, he will find the likes of Ravindra Jadeja and Piyush Chawla bowling the middle overs. 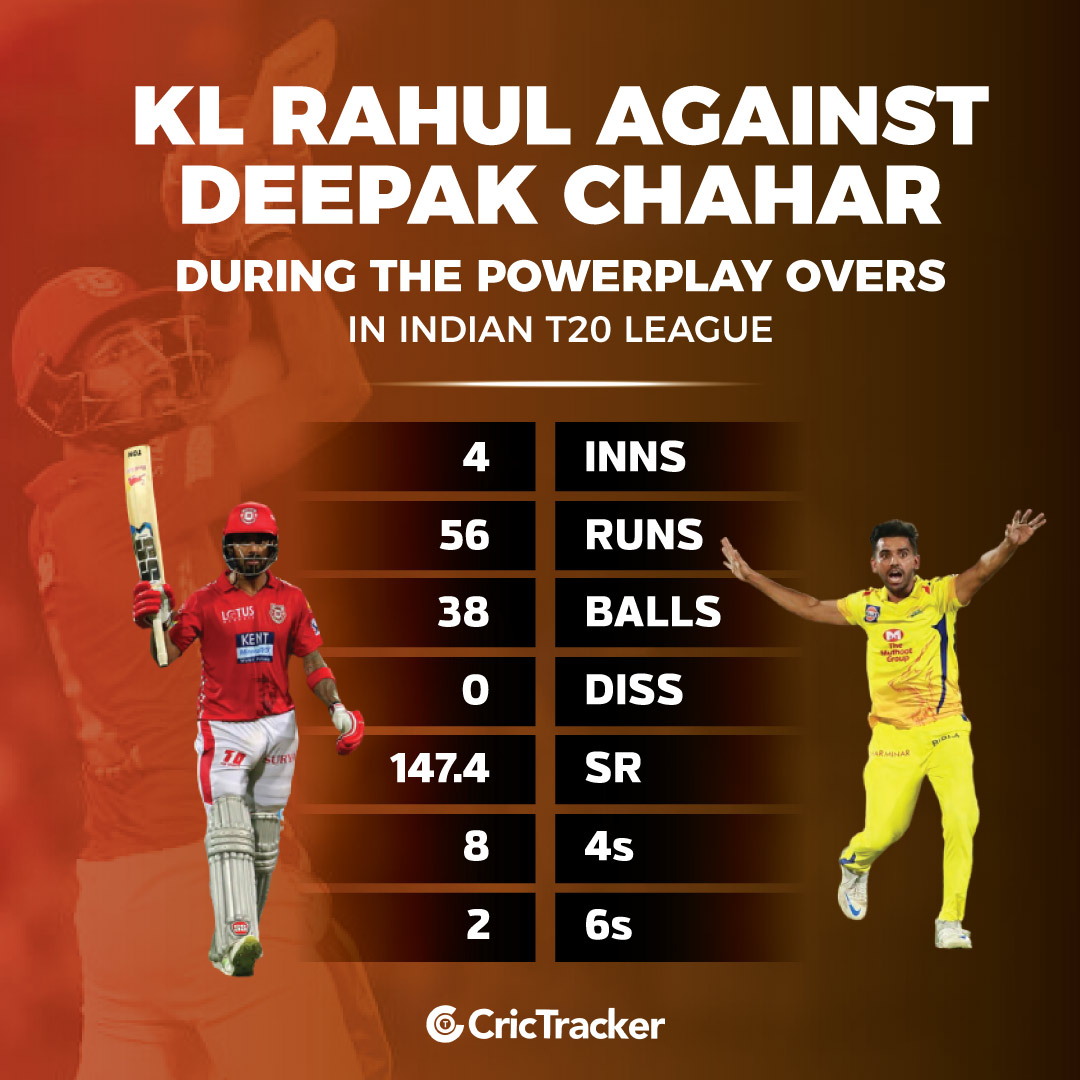 The second half of the inning is the ideal area where any batsman can exploit while playing against CSK. The Sunrisers Hyderabad did the same during the previous game resulting in the success of their young middle-order batters. Rahul is among the finest to get the better of CSK bowling and he could do that comfortably given his good record against Chahar early on.

Kings XI Punjab has an ideal bowling attack in the death overs which could see MS Dhoni succeeding. The KL Rahul-led team had two overs of Mohammed Shami against Mumbai Indians in the last five while Jimmy Neesham and Krishnappa Gowtham bowling the rest. Dhoni is too good against the likes of Neesham and spinners while Shami too has taken the beating in the past. Coming a bit late in the order could work for Dhoni this time around but for that, he has to promote batters who can yield runs during middle overs. 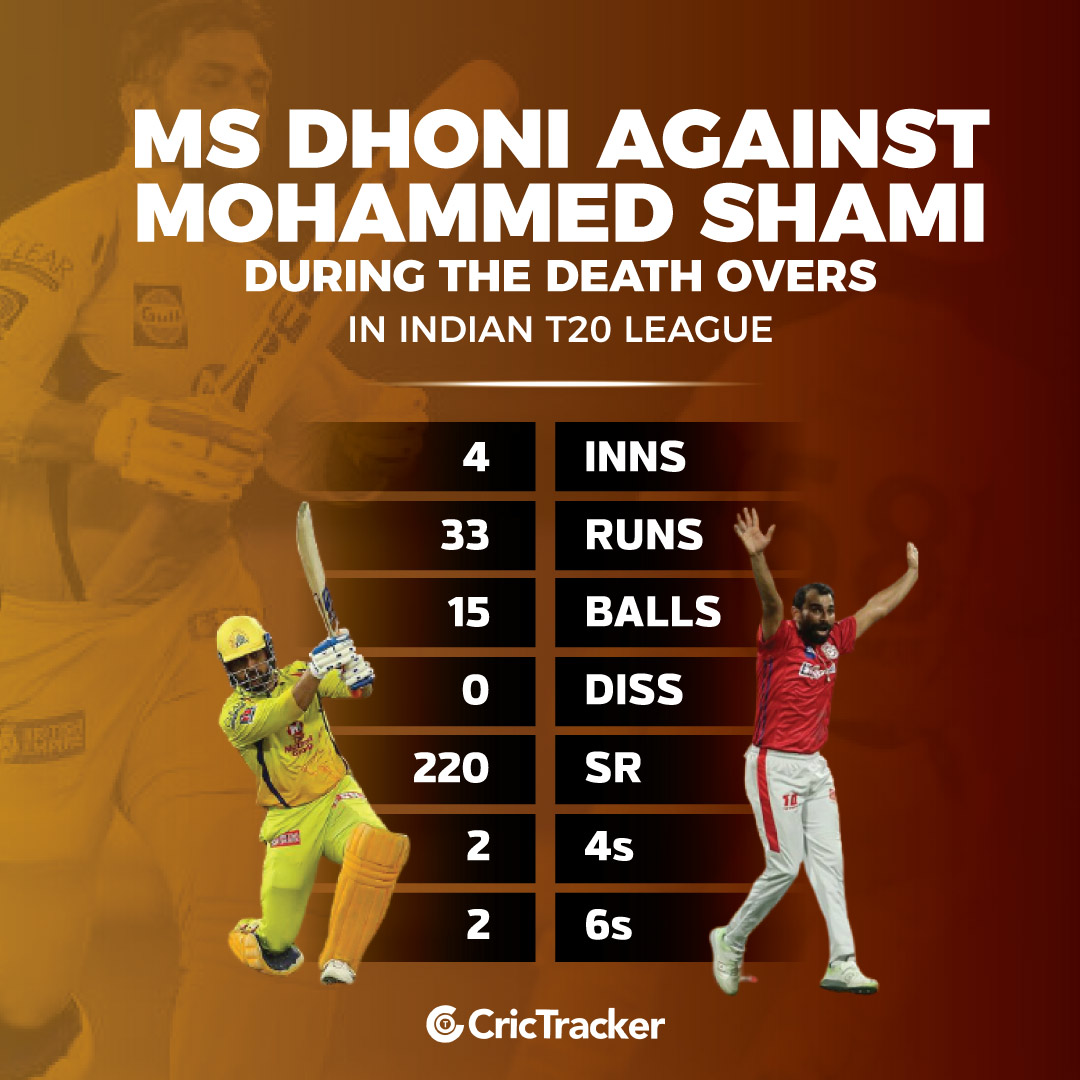