Rahul Tripathi’s 81-run knock made the difference between the two teams.

Kolkata Knight Riders moved up to No.3 in the points table after clinching a thriller against the Chennai Super Kings. Both the teams struggled to get going in the second half after maintaining a run rate of nine in the first ten overs. Knight Riders, who were 93/2 after ten overs, put on 74 runs in the final and lost their remaining eight wickets. Super Kings, who needed only 78 runs in 60 balls with nine wickets in hand, made only 67 in the last ten and lost the game.

Rahul Tripathi produced the most impactful performance of the match as he made a 51-ball 81 with eight fours and three sixes. Tripathi accounted for half the runs of KKR’s total and was the only Knight Rider to go past 20 on Wednesday. Tripathi’s knock earned an impact rating of 21.04 as per CricTracker’s Match Impact Ratings while no other batter in KKR vs CSK got a rating of even 10. The next best batting impact for KKR was recorded by Sunil Narine who recorded the 2nd highest individual score for KKR after sent in at No.4. 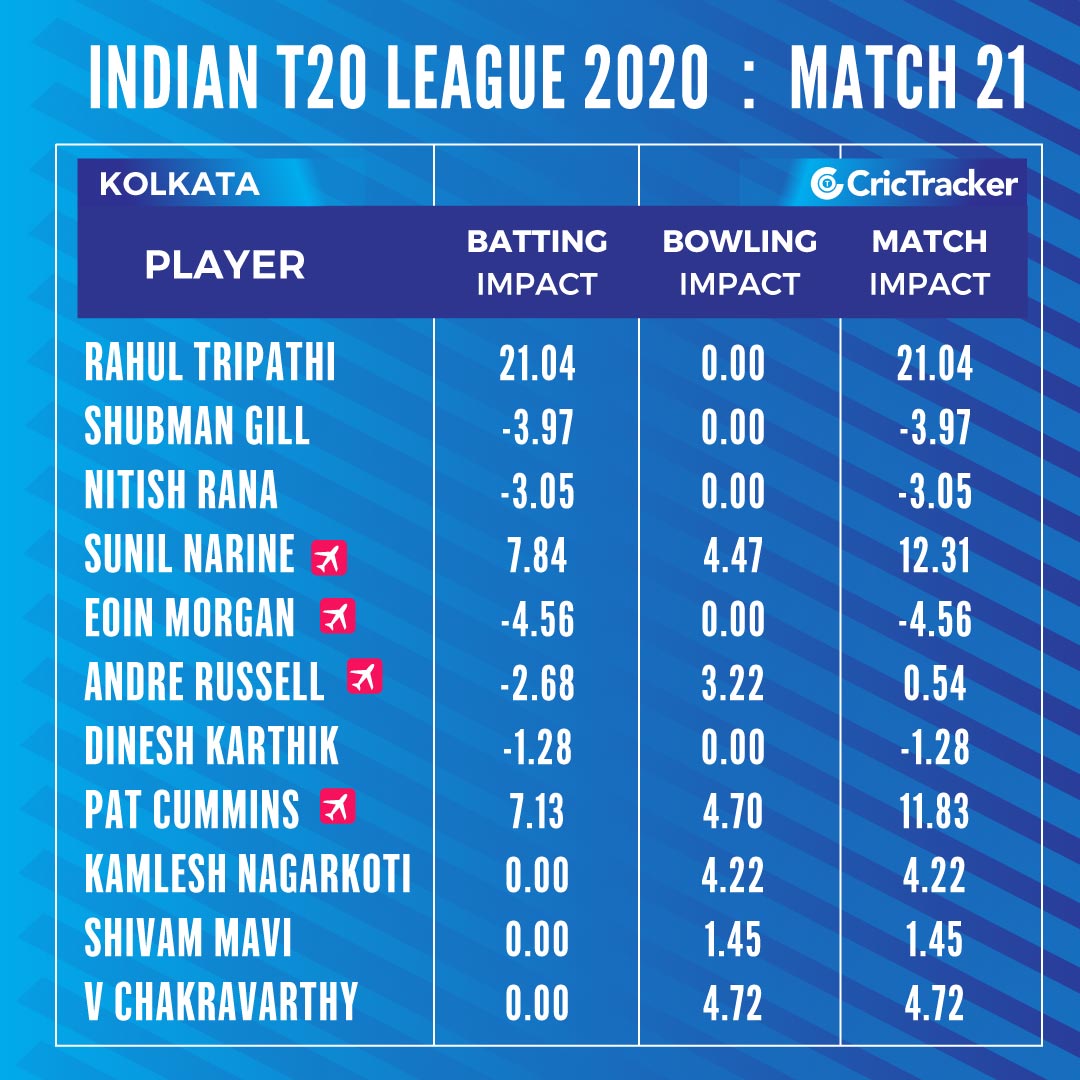 Pat Cummins also scored the same as Narine to help KKR to go past 160-run mark amidst some poor batting by the middle order. Both the players earned an impact rating of over 7 with the bat and later their performance with the ball earned them a positive rating of over 4. Thus, they were among the few players who earned an impact rating in excessive of 10 in this match. Narine’s 12.31 was next only to Tripathi was Cummins’ 11.83 was the 3rd best for KKR and the 4th highest during KKR vs CSK game.

It was Sam Curran who occupied the 3rd place with his little all-round blitz. Just like Narine and Cummins, the England all-rounder scored 17 runs in 11 deliveries after taking two key wickets with the ball conceding only 26 runs. Deepak Chahar recorded the worst bowling performance for the 47 runs he conceded in four overs while Kedar Jadhav’s unbeaten 12-ball 7 held the worst impact rating in KKR vs CSK. Jadhav got a negative impact of -8.81 while Chahar’s figures got an impact of -4.90. 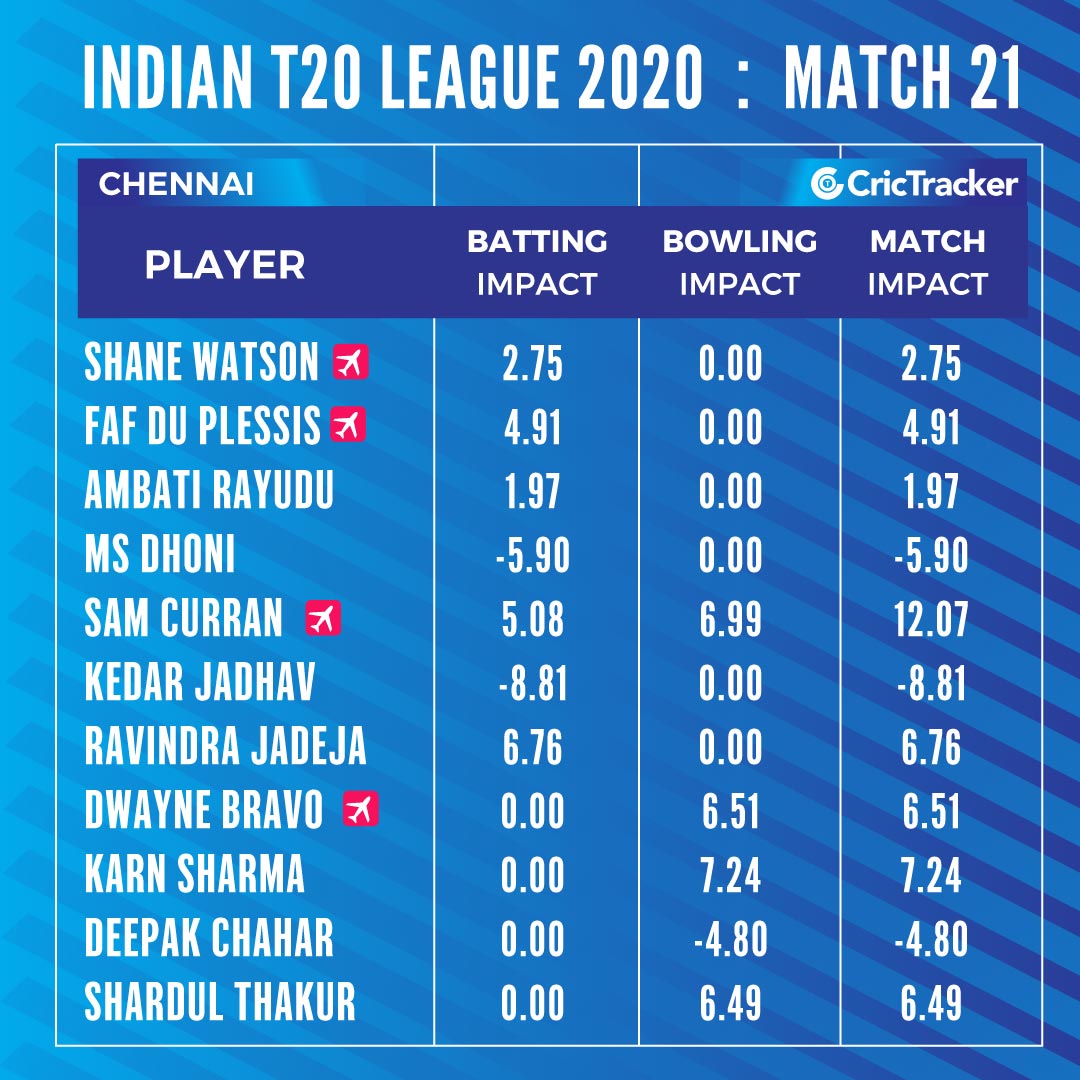