KL Rahul was all over the RCB bowlers during this unbeaten 69-ball 132.

Kings XI Punjab stumbled into the Royal Challengers Bangalore on Thursday to register their first win of the season. They moved on to the top of the points table thanks to sensational 97-run victory powered by their captain KL Rahul‘s batting efforts. The Karnataka batsman struck an unbeaten 132 from only 69 balls before his bowlers completed the job by running through a strong RCB batting unit.

The match was all about KL Rahul and it is no wonder that he earned the highest match impact as per the CricTracker’s Match Impact Ratings. The 132 runs scored by the Kings XI Punjab skipper accounts for 64.08% of his team’s total and 44.75% of all runs scored by the batters in the match. He earned an impact of 46.54 for his record-breaking knock while no other player’s impact in this game crossed double digits. For RCB, it was AB de Villiers who had the highest impact during their poor performance. 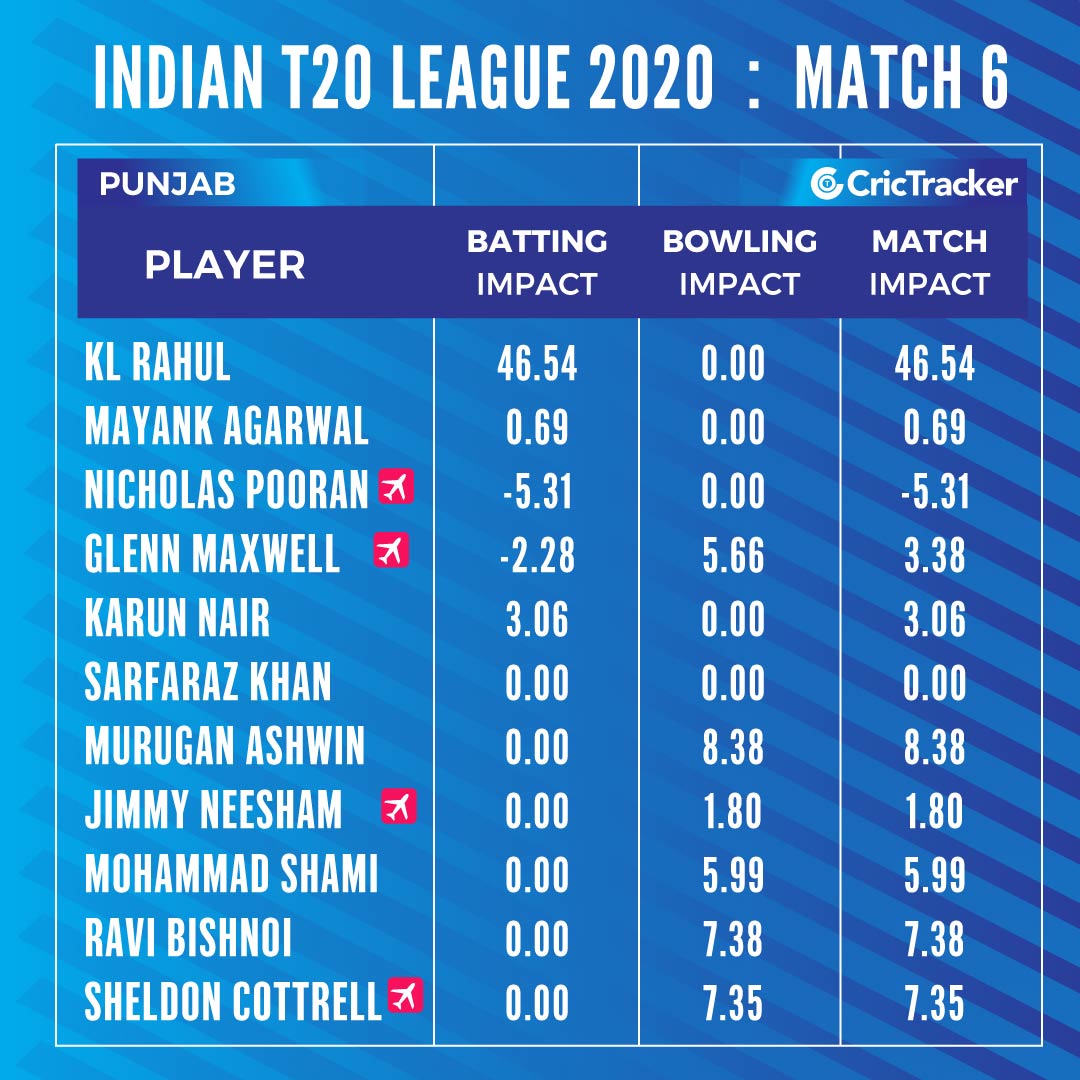 The South African scored 28 from only 18 balls after walking to bat at the score of 4/3. He ended up earning an impact of 9.12 as per our model while Washington Sundar got +5.89 for his 27-ball 30 without which RCB never came close to 100+ total. All the six bowlers under by KXIP earn positive impact but the best was of Murugan Ashwin who took 3/21 in his three overs. Sarfaraz Khan had nothing to do with the bat and ball in the match which saw him bagging an impact of perfect ‘0’.

Virat Kohli earned the lowest impact among all the 22 players in the match even without considering fielding impact which could have cost him a lot for his twin drop catches of KL Rahul. We can assure Kohli did escape a larger embarrassment had we included Fielding Impact to out model. Kohli, who walked to bat at No.4, scored only one run in five balls faced before playing a poor shot off Sheldon Cottrell. Nicholas Pooran has got 2nd worst impact (-5.31) in this game thanks to his 18-ball 17. 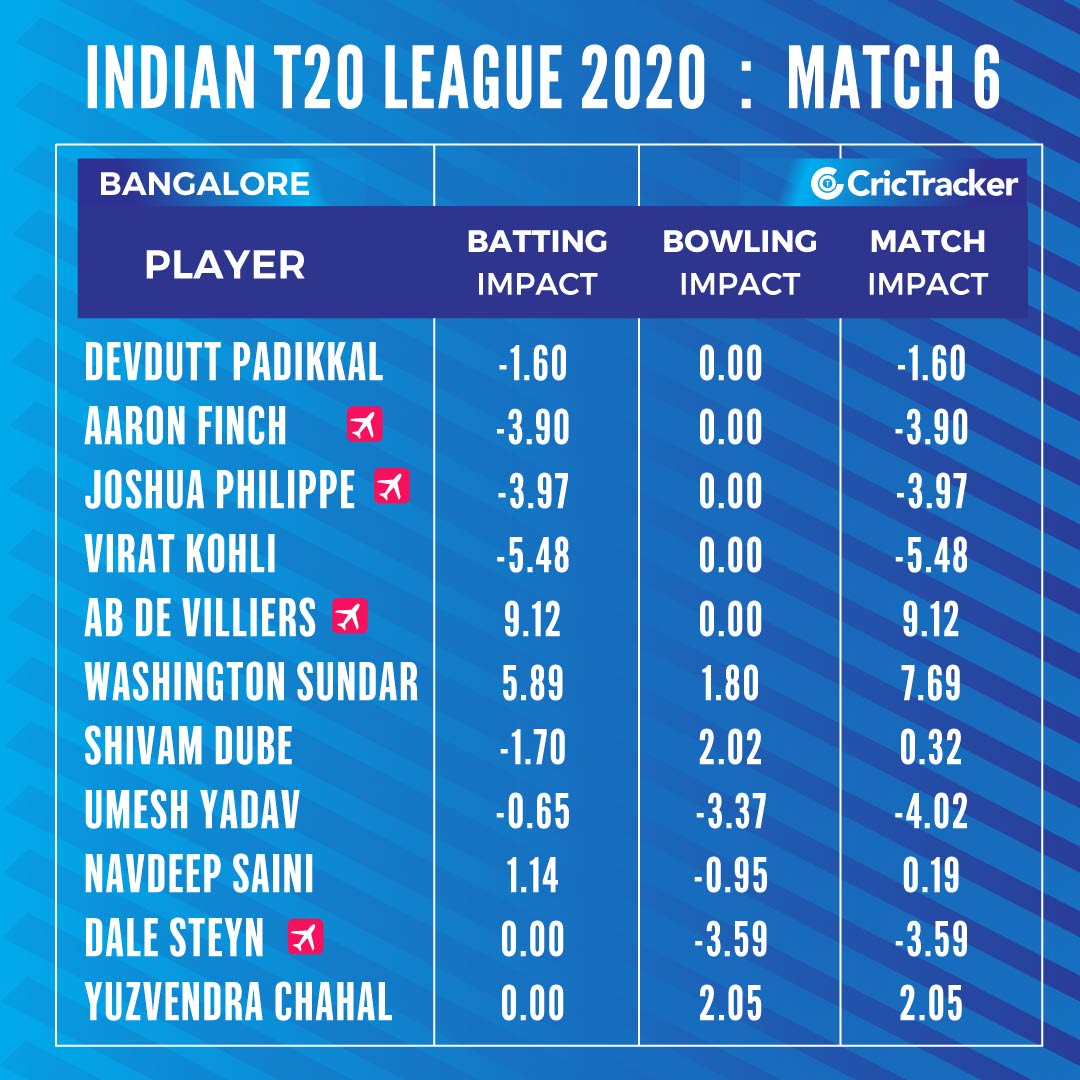