Can Prithvi Shaw getaway against Deepak Chahar this time?

IPL 2020 will witness an interesting battle between Delhi Capitals and Chennai Super Kings on Friday at the Dubai International stadium. The Delhi team has got many young players in their ranks while the CSK team runs on experience. The Shreyas Iyer-led side got off the mark in their first match against Kings XI Punjab which went into Super over. On the other hand, the CSK skipper MS Dhoni was under the scrutiny following their defeat against Rajasthan Royals this week.

Watson’s troubles against Axar and Mishra:

Shane Watson has got one of the best of records in the UAE when it comes to the T20 format. After a low score in the first game against MI, the Australian scored a quick 30 odd against Rajasthan Royals. His form will be crucial for the Chennai Super Kings in the absence of Suresh Raina and also Ambati Rayudu who is missing this week’s matches.

However, for Watson, the game against Delhi Capitals is one of the toughest one in terms of match-ups. He will have to deal against Axar Patel against whom he was dismissed five times in seven IPL innings. This record was 5/5 until the start of 2019 but the Australian got away twice against the left-arm spinner and scored 17 runs off 10 balls. 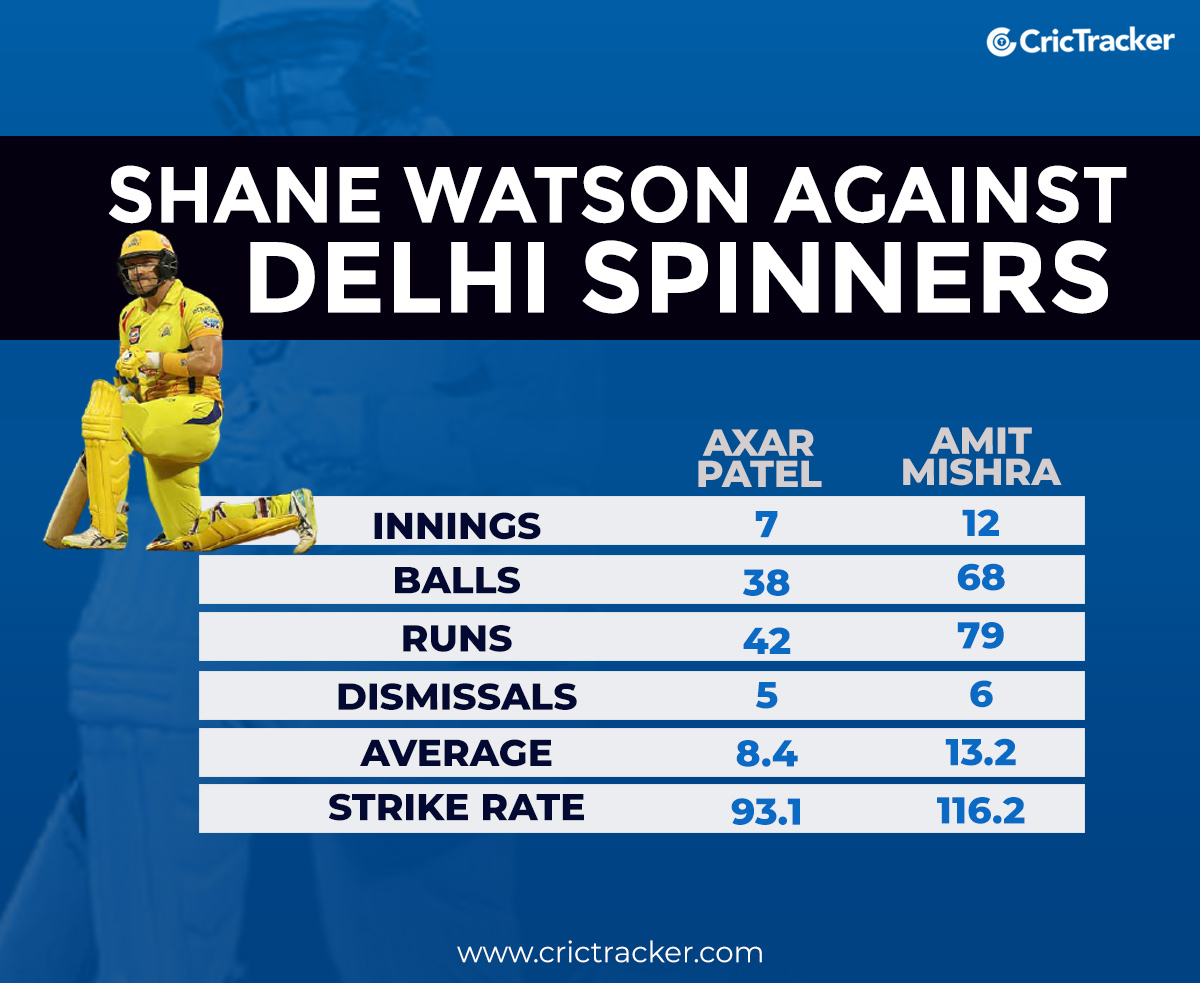 Watson would be hoping to get away against Axar once again but he will have another headache in the format of Amit Mishra who is likely to take the place of Ravi Ashwin. The leg-spinner has dismissed Watson on as many as six occasions in the history of the league. As the match to be hosted by Dubai, it is going to be a tough task for Watson to last long as the duo of Axar-Amit.

The biggest weapon of the Delhi Capitals has been Kagiso Rabada with the ball who has handed them success ever since he got into the team last year. Rabada is currently on a streak of eight matches in the IPL of picking up at least two wickets. Across those eight matches, the South African pacer bagged as many as 20 wickets in those eight matches that included four 4-wicket hauls. 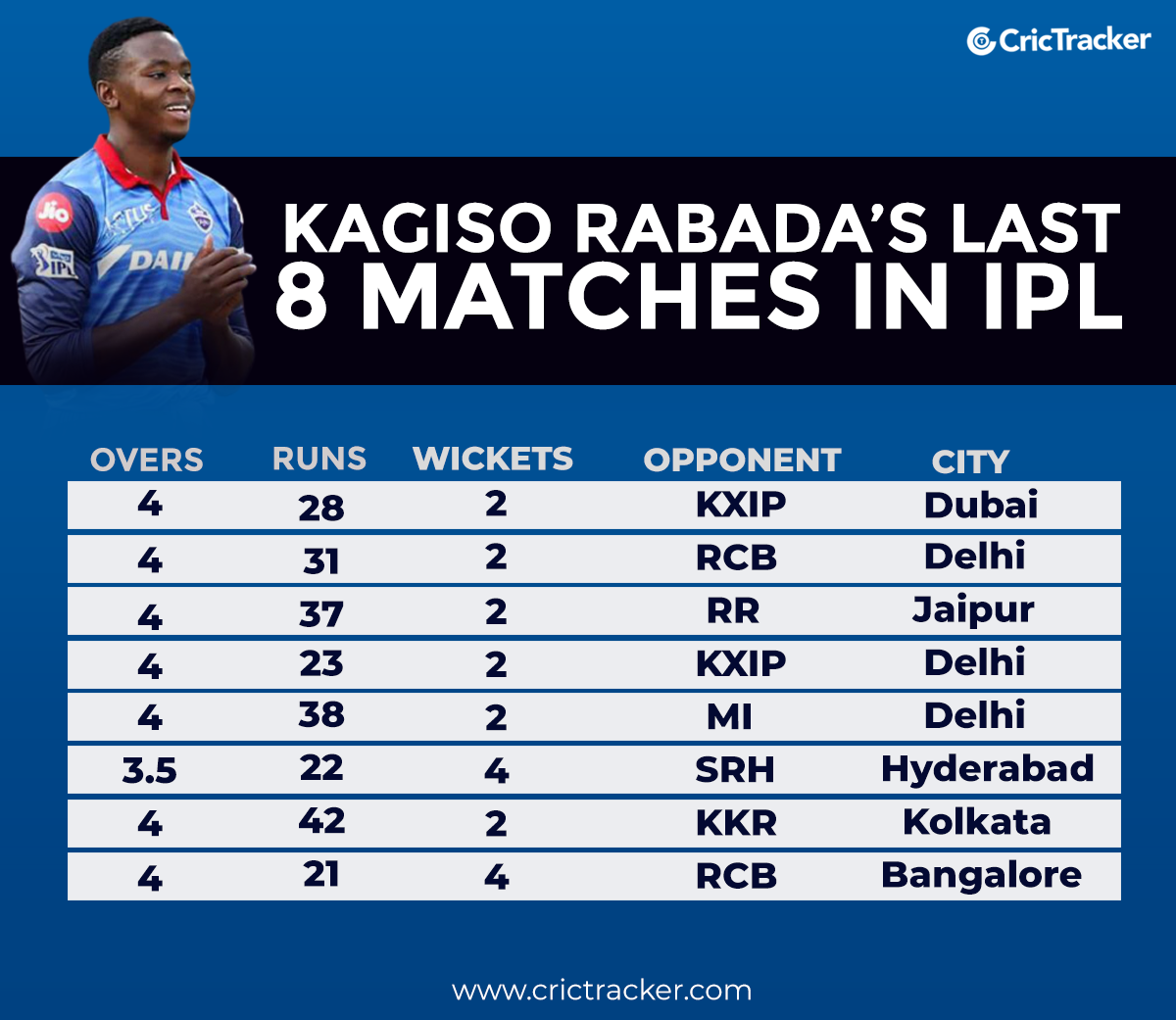 However, this streak of Rabada does not include any matches against CSK as he pulled out of the IPL in the later stages in 2019. But in general, the Super Kings does not have enough batting which can cope with the pace of Rabada, especially the Indian batsmen including MS Dhoni. Given the way Jofra Archer was successful during a high-scoring game against CSK, Rabada can fancy his chances of a tricky Dubai pitch.

Can Shaw getaway against Chahar?

Prithvi Shaw will be facing Deepak Chahar upfront in this match against whom Shaw has been dismissed four times in four IPL innings. One of the major reasons behind this record being in favour of Chahar has been the swing he has extracted with the new ball. The perfect positioning of the fielders in the deep to tame the attacking display of Shaw also contributed to Deepak’s success. The Dubai track does have something for the new ball bowlers especially during the chase when the floodlights will be in full effect. 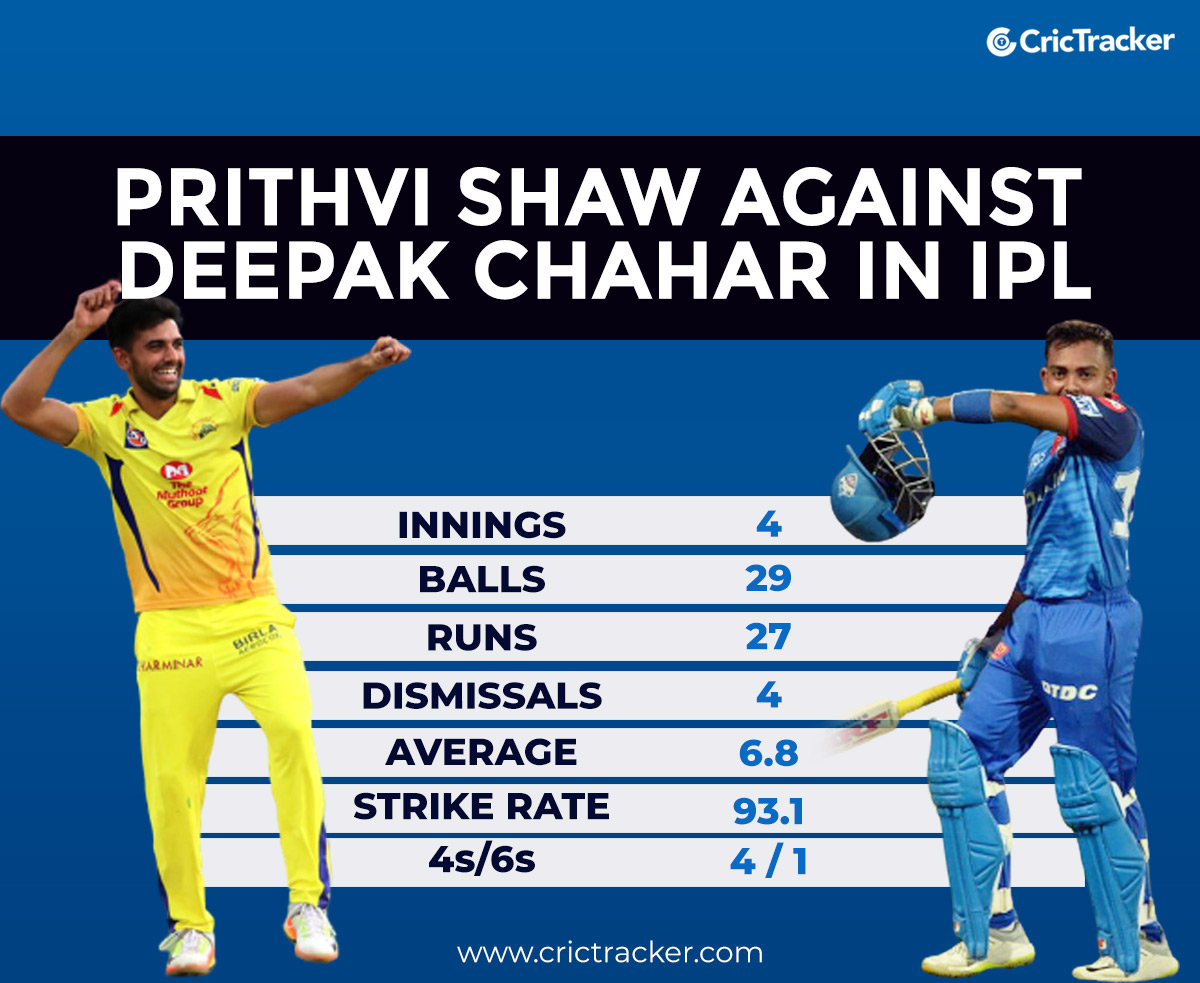