Match 9, RR vs KXIP – Buttler’s numbers as Rajasthan opener and Rahul-Archer battle in the IPL

Sharjah gears up for the battle between KL Rahul and Jos Buttler on Sunday.

Rajasthan Royals and Kings XI Punjab will lock horns in Sharjah on Sunday fresh off some sensational batting performances. The Royals took down Chennai Super Kings in Sharjah during a high-scoring thriller. The Kings XI team, on the other hand, made a mess of their first match against Delhi Capitals only to lose to in the Super Over. However, they came back strongly against RCB thanks to a record-breaking unbeaten 132-run knock by their skipper KL Rahul.

Why Buttler has to open for the Royals?

Though Jos Buttler is available for selection against KXIP, it is not certain that the Royals will be able to play Buttler as an opener. However, not having the English keeper-batsman as opener might cost big time for the Rajasthan franchise especially at the Sharjah Stadium where the boundary lengths are tiny. As on today, Buttler has opened the batting for Royals in 14 IPL games and amassed a total of 739 runs. In ten innings, Buttler went past 30-run mark and got fifties in as many as eight occasions. 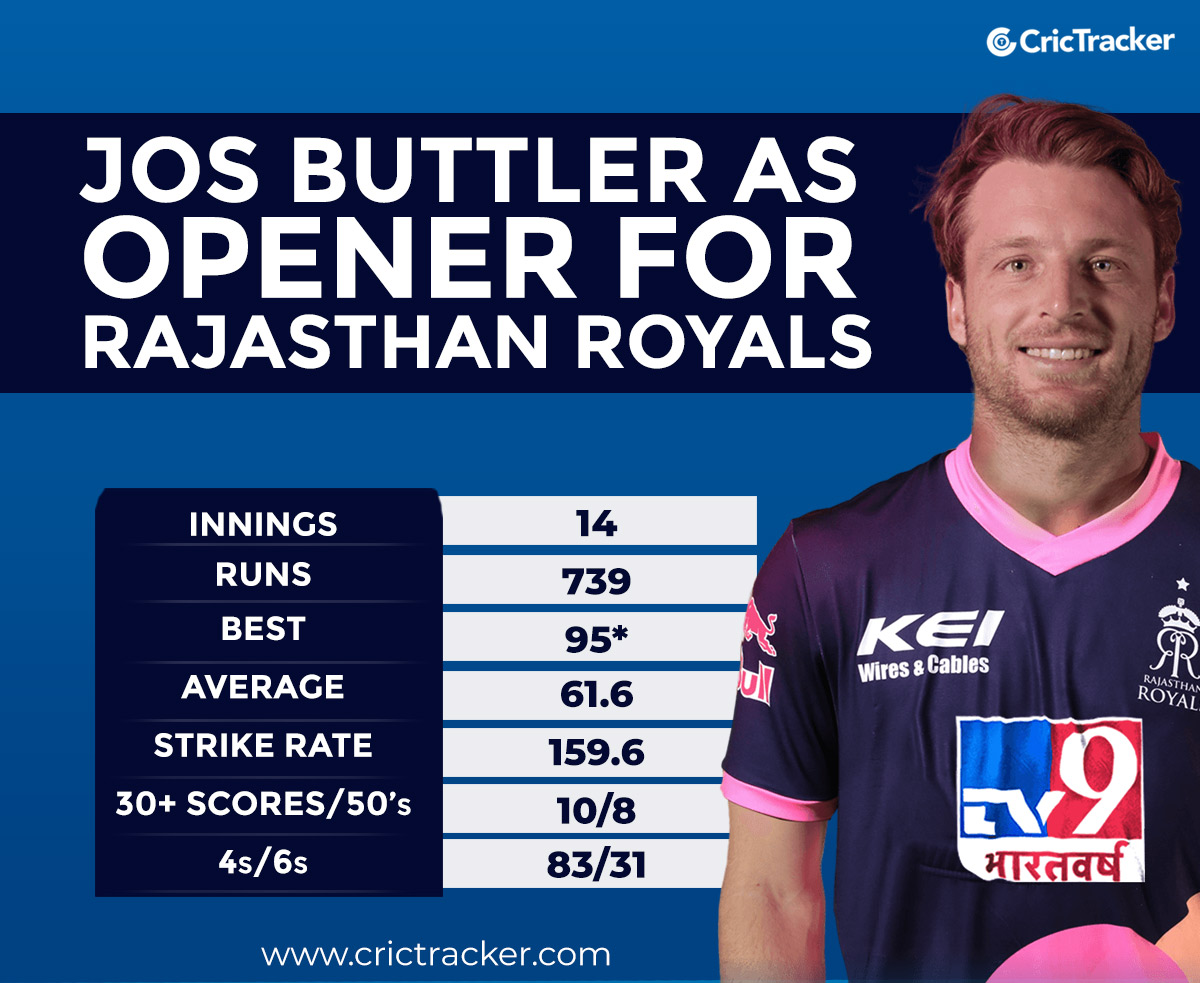 KL Rahul’s knock against Royal Challengers Bangalore during the first week would have surely sent tremors in the Rajasthan Royals’ camp as they will be facing Rahul in Sharjah where the boundaries were of 60 meters during the first game. Given the way spinners flew during the RR-CSK match, the only hope of Rajasthan to stop Rahul will be Jofra Archer. 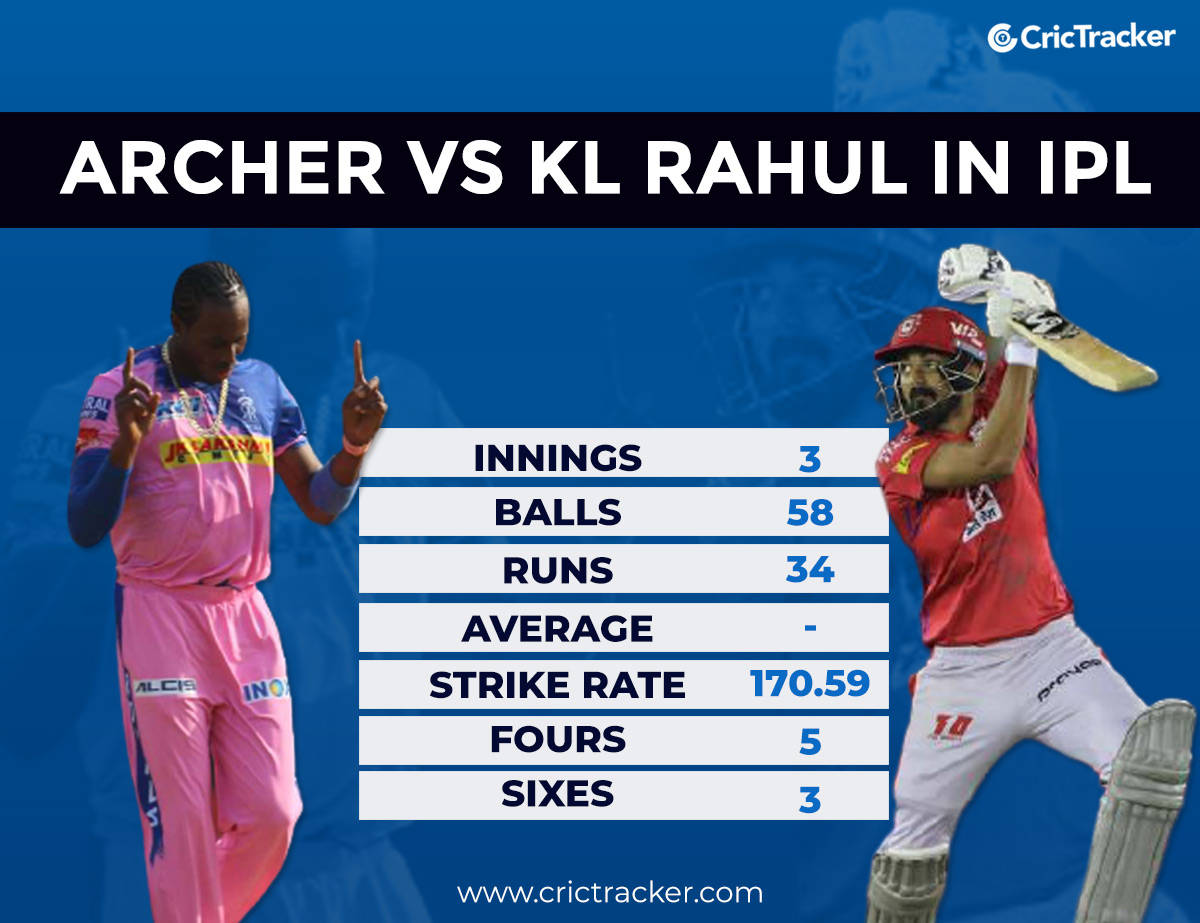 The Barbados-born England pacer smashed four sixes in a row against CSK before bowling a tight spell despite his team conceded 200. But when it comes to the IPL, Rahul has got the better of Archer in the past two seasons and the same could continue on Sunday as well. Across the three meetings, Rahul smashed 58 off 34 balls almost at a strike rate of 170.59.

Time for Rajasthan to find a new death overs specialist:

Jaydev Unadkat’s bowling in the death overs has been one of the greatest declines in the history of IPL. The left-arm pacer had a career-defining 2017 which led to his national team comeback. One of the major factors which contributed to his Indian team return was his bowling during the death overs in IPL. During the 2017 IPL season, Unadkat bowled 18.5 overs at the death and conceded at an economy of 8.12 only and claimed as many as 16 wickets. 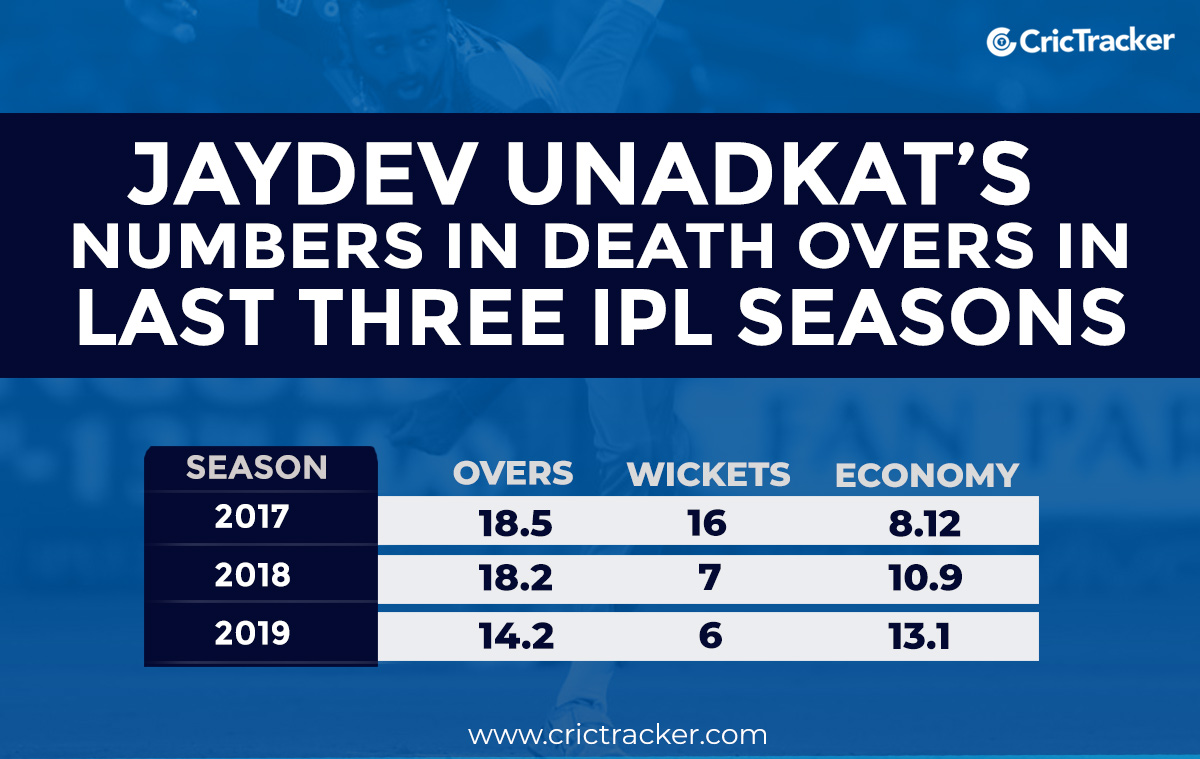 But across 2018 and 2019, he claimed just 13 wickets during this phase in the 32.4 overs bowled. The 2018 IPL saw Unadkat conceded runs at 10.9 economy rate in 18.2 overs at the death which got worse in 2019 when he was taken for 13.1 economy rate across 14.2 overs. In the match against CSK, Jaydev was smashed for 21 runs in the only over he bowled at the death. It is high time the Royals either drop the left-arm pacer or keep him away from bowling the death overs.