Who will be your fantasy team captain for the match between RCB and MI? 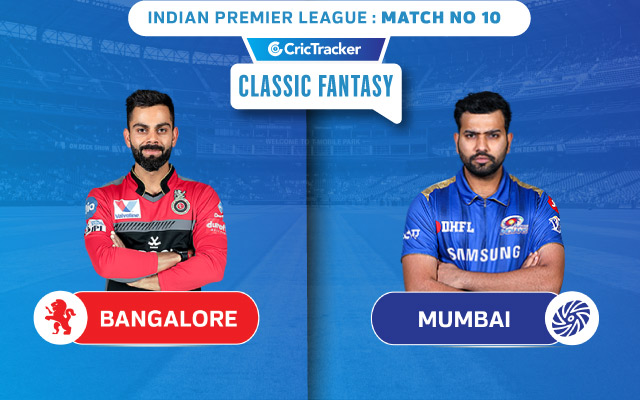 The Sharjah Stadium provided yet another high-scoring match in the 2020 Indian Premier League (IPL) as a total of 449 runs were scored on Sunday during the match between Rajasthan Royals and Kings XI Punjab. The likes of KL Rahul, Sanju Samson and Mayank Agarwal were top performers during the bat with 60+ scores. On Monday, we will have Rohit Sharma, AB de Villiers and Virat Kohli in action during the RCB vs MI match at the Dubai International Stadium.

Schedule logistics around RCB vs MI

Royal Challengers Bangalore play their next on Saturday and hence it is best to not use more than one transfer in bringing a player from RCB for their match against MI on Monday.

The all-rounders’ factor in RCB vs MI

Shivam Dube has been overused by Virat Kohli as the 6th bowler and has ended up picking up a couple of wickets in both matches. Considering his value of 7.5 credits, even one wicket will be enough in the game on Monday. Hardik Pandya is not considered in our season fantasy team until he starts bowling. Kieron Pollard could be a surprise move as he is bowling for the Mumbai Indians for the first time in three years.

To pick Virat Kohli or not in RCB vs MI

Virat Kohli isn’t in best of forms in the IPL 2020 but can come out all guns blazing against MI. Kohli has struggled against the likes of Mitchell McClenaghan and Dhawal Kulkarni in the past but neither of them is expected to play on Monday. In case if Kohli can neutralize Trent Boult threat in the powerplay, he can produce a big score.

Safe team for RCB vs MI

Considering what Rohit Sharma did during the game against KKR, he is an easy and direct choice for Monday’s game against RCB. Yuzvendra Chahal is his only threat if there is no swing on offer early on. AB de Villiers might enjoy facing the MI attack except for Krunal Pandya, who anyway hasn’t been at his best. 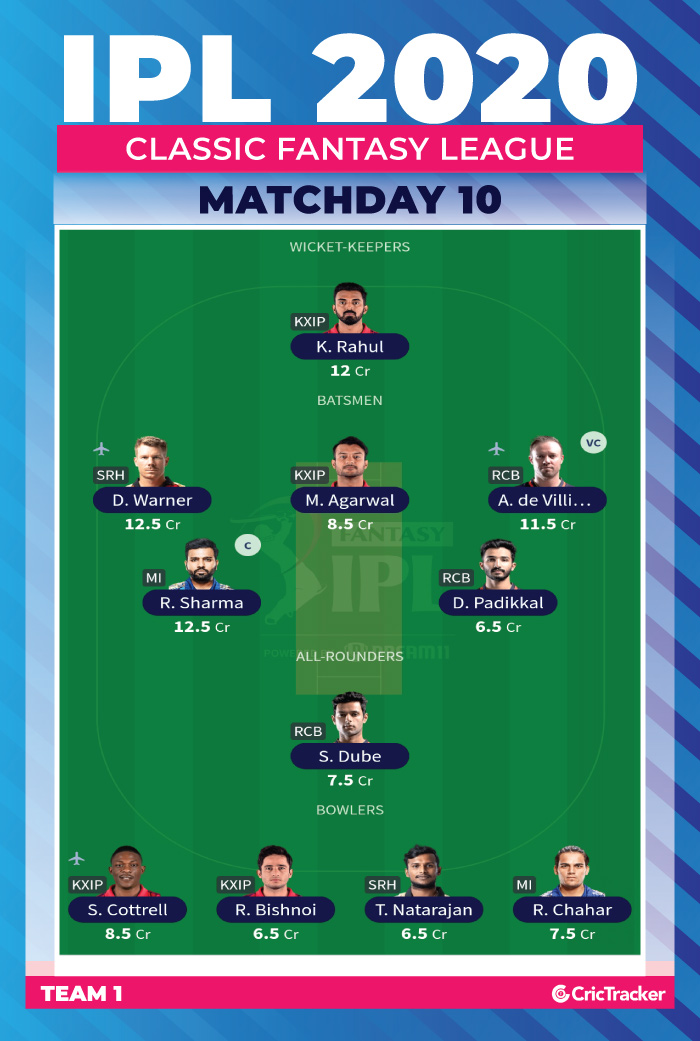 Risky team for RCB vs MI

We have picked Kieron Pollard and made him vice-captain for the risky team as he is expected to bowl a couple of overs. However, Yuzvendra Chahal can be a safe option instead and can be even made vice-captain due to struggles of MI batsmen against leg-spinners. 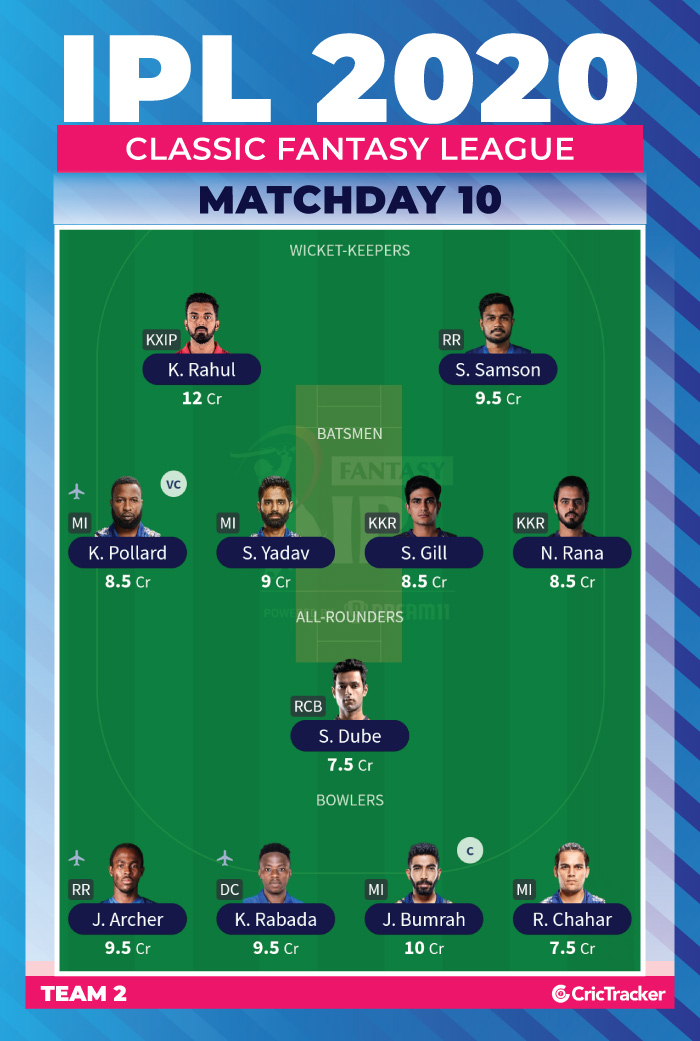