Who among KL Rahul, Rohit Sharma and Jasprit Bumrah will be perfect as captain? 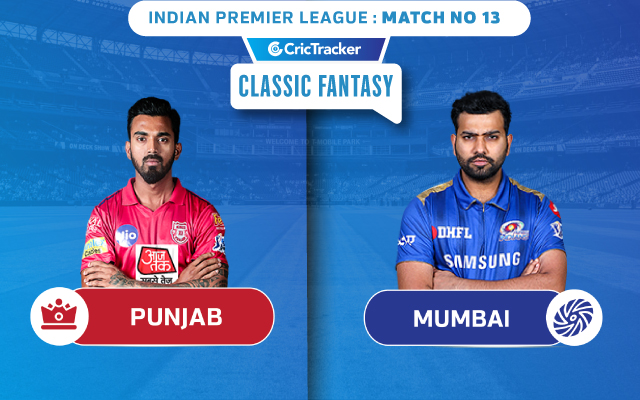 A rare one-sides match was on display in the 2020 Indian Premier League (IPL) as the Kolkata Knight Riders thumped the Rajasthan Royals by a huge margin. The tournament moves again to Abu Dhabi where Kings XI Punjab will be up against Mumbai Indians. The winner of this match will be climbing on to the top of the table. A high-scoring match is expected due to batting firepower on both sides.

Schedule logistics around KXIP vs MI

At least three players from RR vs KKR match can be saved as they will be part of Saturday’s doubleheader. No more than two changes can be used for this game between Kings XI and Mumbai as the two times will have to wait until Sunday to play again.

Rohit and Bumrah in KXIP vs MI:

Rohit Sharma could come up with another big knock if he can get away against Ravi Bishnoi’s googlies. He has got a great record against Sheldon Cottrell in Internationals and could get away against Mohammed Shami unless new ball bowlers get assistance. Jasprit Bumrah, on the other hand, has conceded 40+ runs in two of the three matches this season. Bumrah has got a great record against KXIP batsmen except for KL Rahul and hence, he could pick a couple of wickets.

Kieron Pollard becomes crucial in an unlikely case of Mumbai’s top-order failing to survive the new ball spells of KXIP bowlers. The Punjab team has two leg-spinners and their death bowling is not an ideal one. Hence, the likes of Ishan Kishan and Pollard could come handy as they did against RCB. Moreover, Pollard is expected to bowl a couple of overs if needed.

Safe team for KXIP vs MI

KL Rahul has got 50+ runs in each of his last three IPL innings against Mumbai Indians and hence he is the safe option to be made captain. Rohit Sharma will enjoy the KXIP bowling if he survives some of the potential threats. Rahul Chahar has been the most consistent bowler of the MI team as he picks up at least one wicket every game. 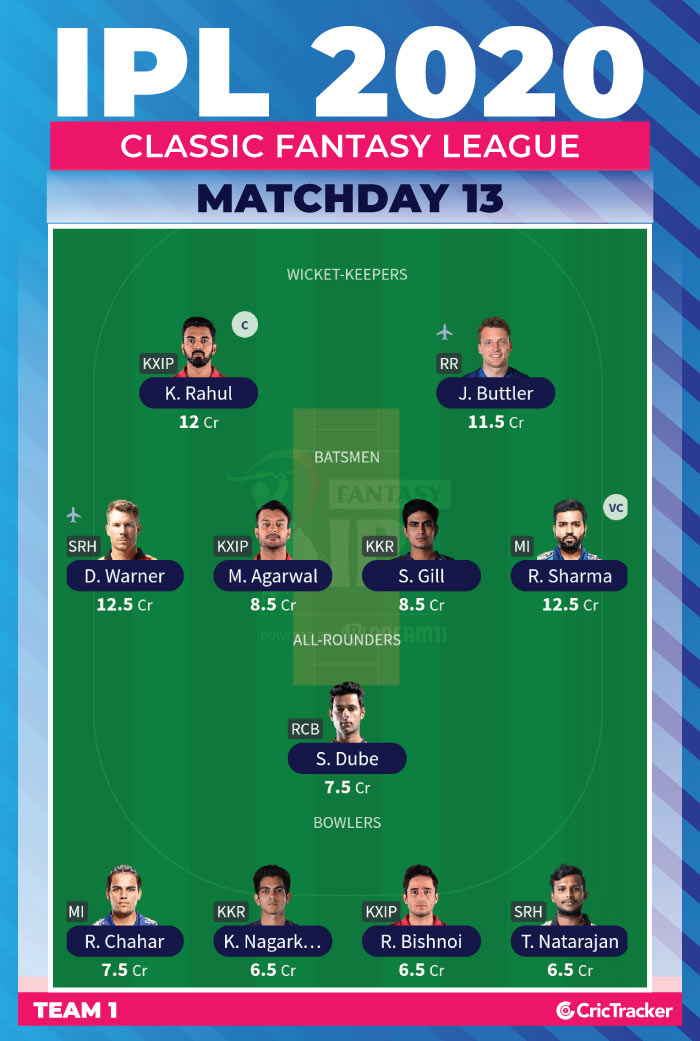 Jasprit Bumrah has got an impressive record in the matches straight after conceding 40+ runs in the IPL. Hence, we expect him to run through the KXIP batting which has a history of struggling to MI’s pace leader. 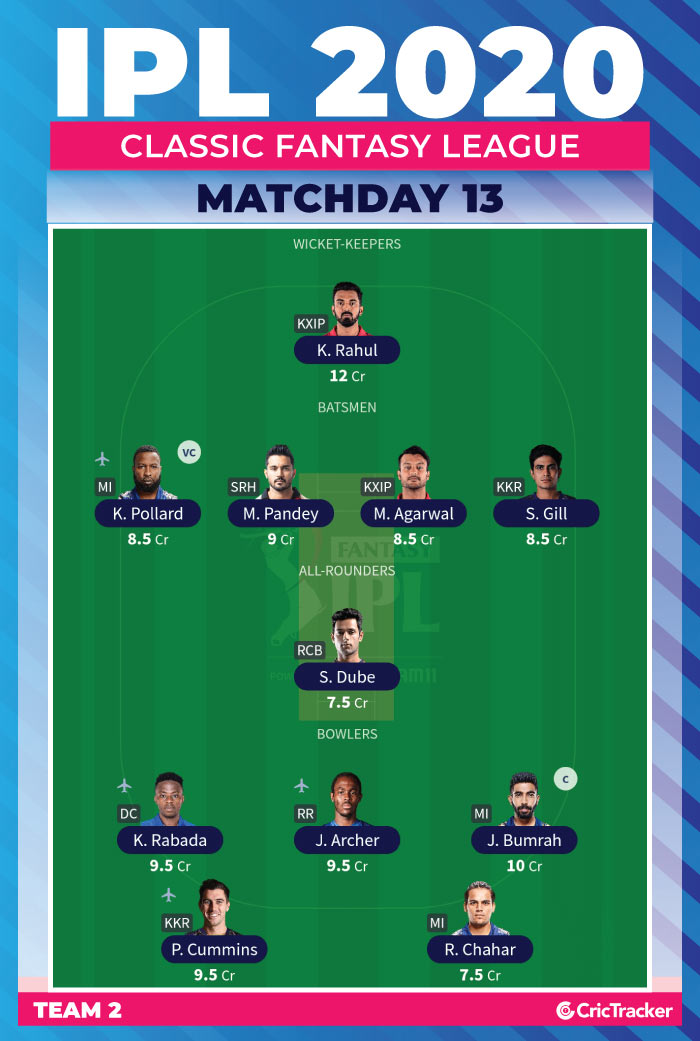