Another high-scoring match is expected at Sharjah as Delhi Capitals take on Kolkata Knight Riders. 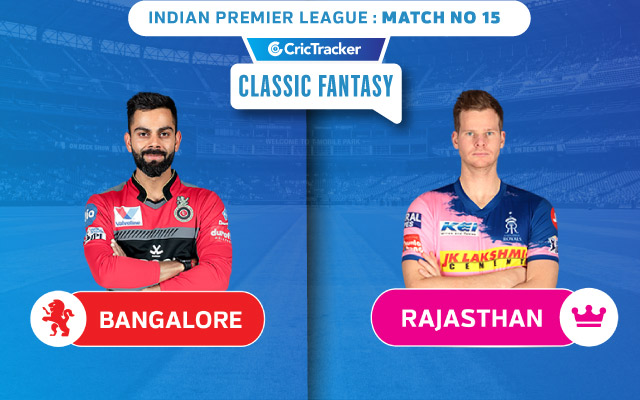 Saturday will witness the first doubleheader of the 2020 Indian Premier League (IPL) as RCB takes on RR in the afternoon game in Abu Dhabi followed by DC vs KKR in the night at Sharjah stadium. The winners of the respective matches will climb on to the top of the table as all the four teams have four points apiece from the three games they played.

Schedule logistics around RCB vs RR & DC vs KKR

RCB, RR, KKR and DC will be part of the Saturday’s doubleheader. Hence, we have picked at least two players from each team and players can be picked accordingly on Sunday which will also be a doubleheader.

The tough conditions in Abu Dhabi for RCB vs RR

Abu Dhabi is slightly on the slower side and things could get tricky in the hot and humid conditions. The game between Royal Challengers and Royals could well be a low-scoring one. The wrist spinners of both teams could come handy.

The high-scoring Sharjah for DC vs KKR

The Sharjah Cricket ground produced as many as four 200+ totals in the two matches it has hosted thus far. Hence, we could be in for another high-scoring game. However, Delhi Capitals’ top-order could crumble against the true pace of the KKR’s speedsters.

Safe team for RCB vs RR & DC vs KKR

Andre Russell is picked as captain expecting a big inning from the Caribbean all-rounder at Sharjah. We have not picked either of AB de Villiers and Virat Kohli with the possibility of a low-scoring match in the afternoon. If needed, De Villiers can be picked at the cost of any player from Matchday 16. 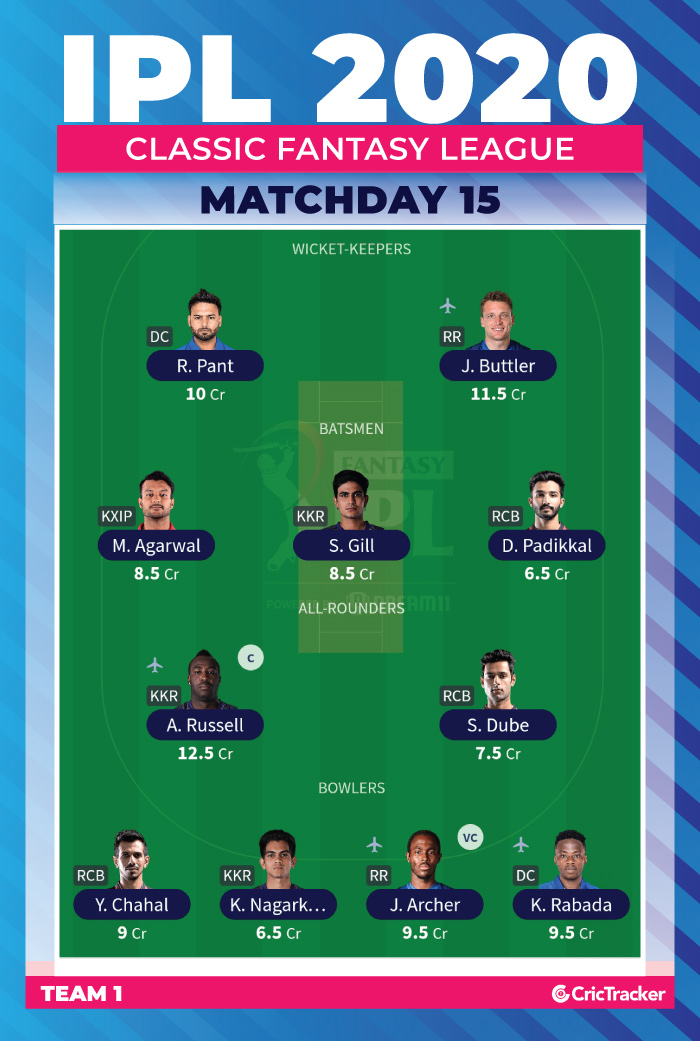 Risky team for RCB vs RR & DC vs KKR

Shreyas Gopal could come handy against RCB due to his exceptional record against both AB de Villiers and Virat Kohli. Kagiso Rabada is the only threat that Russell could face in this match. Rabada is currently on a record streak of picking two and more wickets in IPL. 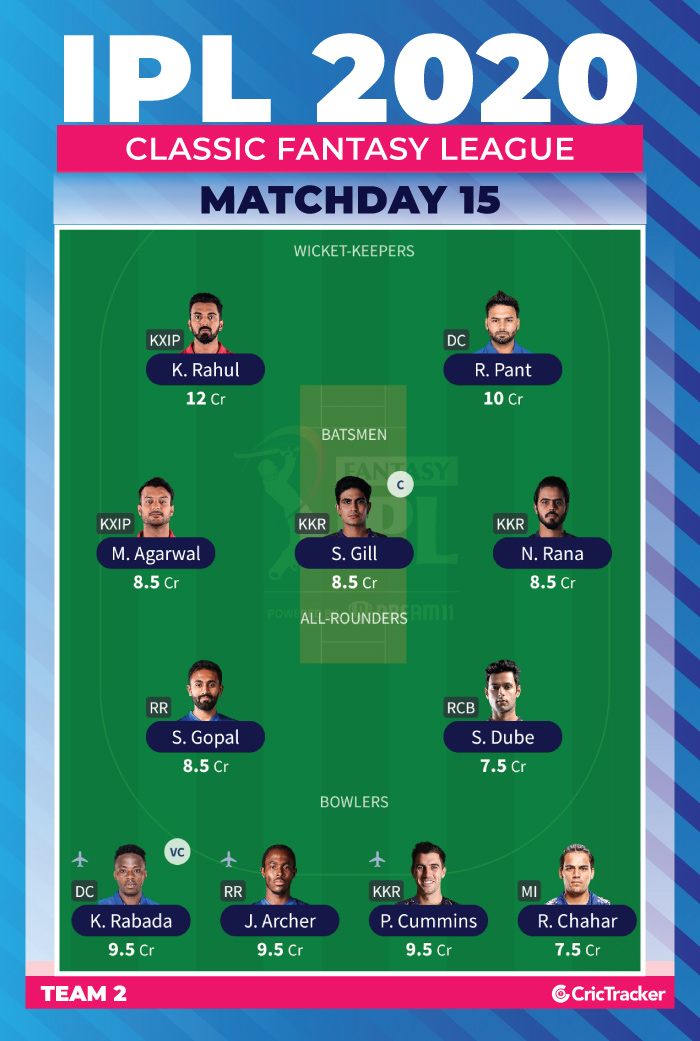