David Warner, Rohit Sharma and Jos Buttler will be in action on Sunday. 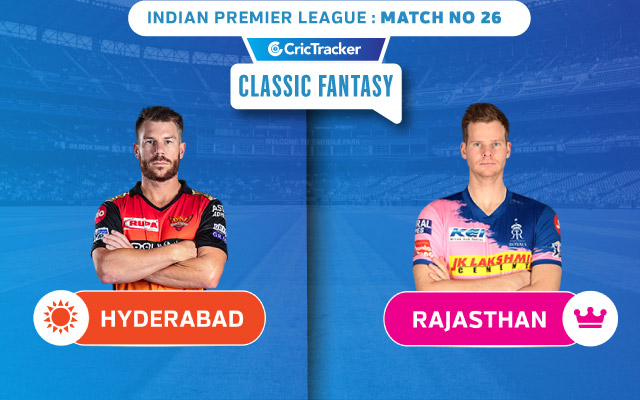 After two interesting battles on Saturday, the 2020 Indian Premier League (IPL) will host a doubleheader on Sunday which will feature the table-toppers Delhi Capitals and Mumbai Indians facing off. David Warner, Rohit Sharma, Rishabh Pant and Jos Buttler will be in action on Sunday alongside Jasprit Bumrah, Jofra Archer, Rashid Khan and Kagiso Rabada.

Schedule logistics around SRH vs RR & MI vs DC

SRH, RR, MI and DC will be part of the Sunday’s doubleheader. RCB and KKR face off on Monday and hence, we can save three players from that game. Mumbai Indians won’t feature until Friday so we can’t pick more than two players from their squad.

The Rashid factor for SRH vs RR

Rashid Khan could well trouble Jos Buttler in the SRH vs RR match but the likes of Steve Smith and Sanju Samson could play out the leg-spinner. Hence, we have not picked either of Rashid and Buttler due to the cost and overseas limit.

Will Rabada work in MI vs DC

Kagiso Rabada, unless used more overs up front, won’t make a difference to the match with the wickets he picks. The MI team have been quite destructive at the death overs where Rabada usually picks up wickets irrespective of the runs he scores. The performance of MI batsmen might not differ due to the South African pacer.

Safe team for SRH vs RR & MI vs DC

David Warner has been struggling to get going in this IPL which makes Jonny Bairstow safe option from SRH. DC doesn’t have a leg spinner who could trouble Rohit Sharma and their pacers Rabada and Nortje could end up bowling into his zone. Hence, we have Bairstow and Rohit as captain and vice-captain for this doubleheader. 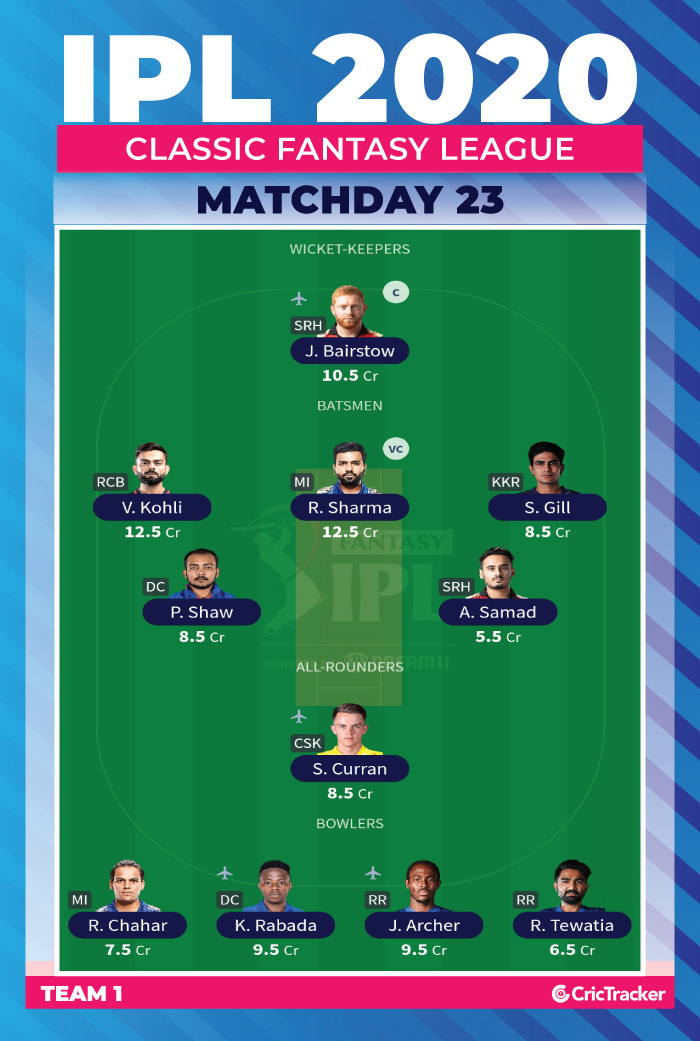 If David Warner gets away against Jofra Archer in SRH vs RR, he could end up smashing the Indian pacers. It is the reason we have picked him as captain of this team. Jasprit Bumrah has an impressive record against Rishabh Pant and his bowling in Abu Dhabi has been on top-notch. He could end up picking 2-3 wickets against DC on Sunday. 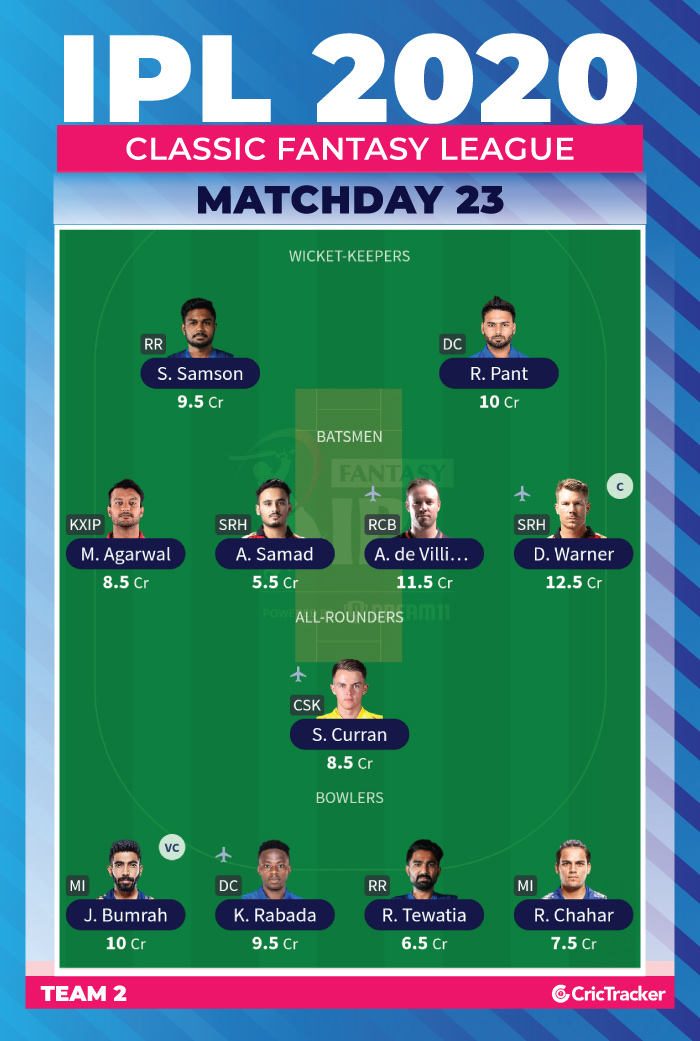