Will AB de Villiers continue from where he left against the Sunrisers Hyderabad? 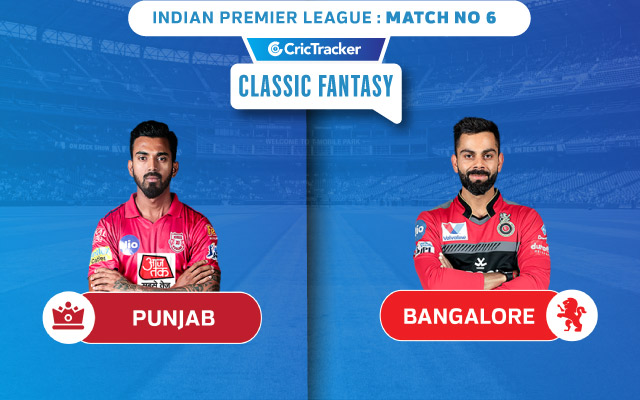 The Indian Premier League (IPL) 2020 witnessed its first one-sided match on Wednesday while the Mumbai Indians trashed the Kolkata Knight Riders by 49 runs. The Rohit Sharma-led team put on 195/5 in their 20 overs and came back to the field with an all-round bowling performance. On Thursday, the RCB team will clash against KXIP at the Dubai International Stadium. RCB team won their first match by 10 runs against SRH while KXIP lost to Delhi Capitals in the Super over.

Schedule logistics around KXIP vs RCB:

Mumbai Indians won’t be part of the next four matches and hence, we can remove Hardik Pandya who is quite costly. The all-rounder hasn’t bowled in the tournament and is likely to give a skip from bowling in the next game as well. On the other hand, Kings XI Punjab will be part of Sunday’s match and hence, we can select even 3-4 players for this match against RCB.

The AB de Villiers factor in KXIP vs RCB

AB de Villiers is likely to be the top performer for this match going by his recent record against the Punjab franchise. Since the start of 2017, De Villiers struck four fifties across five IPL matches against KXIP which included three unbeaten 50s. In the 2019 IPL, ABD scored 141 runs in two games against Kings XI without getting dismissed. He has begun the 2020 IPL on a high note and is expected to continue that trend.

The risky selections for KXIP vs RCB?

Virat Kohli will be the top preferred player for this match but there are three potential threats for him during the game. In case if he walks to bat early on, Sheldon Cottrell could cause issues to the RCB skipper. Kohli’s recent record against spinners doesn’t give much confidence in his success against Ravi Bishnoi and Gowtham. On the other hand, Umesh Yadav will probably the most ignored player from this game. However, against KXIP, he has picked up 29 wickets which are the most for any player. He has often caused troubles for someone like Mayank in any format.

Safe team for KXIP vs RCB:

KL Rahul might have missed out during the first match but is likely to enjoy facing the RCB bowlers with whom he has played for a decent time while playing for RCB or for the Indian team. Hence, Rahul has been made captain of our fantasy team. 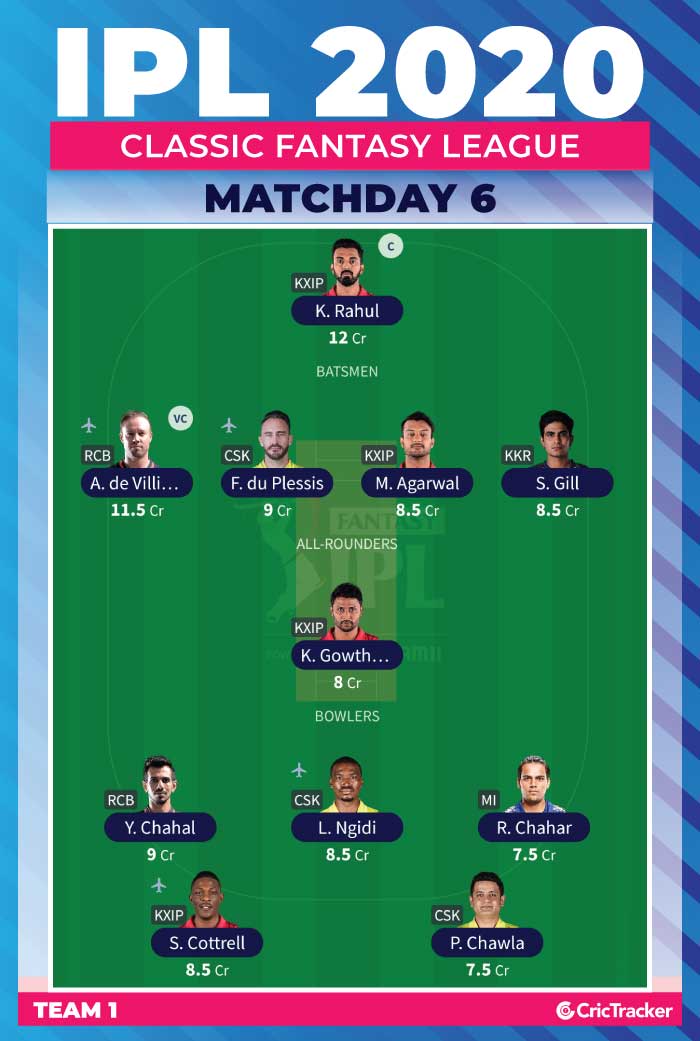 Risky team for KXIP vs RCB:

Only KL Rahul has been picked from the Kings XI Punjab line-up for this game as we prefer to save transfers and not trust the KXIP players who can be rusty on most occasions. 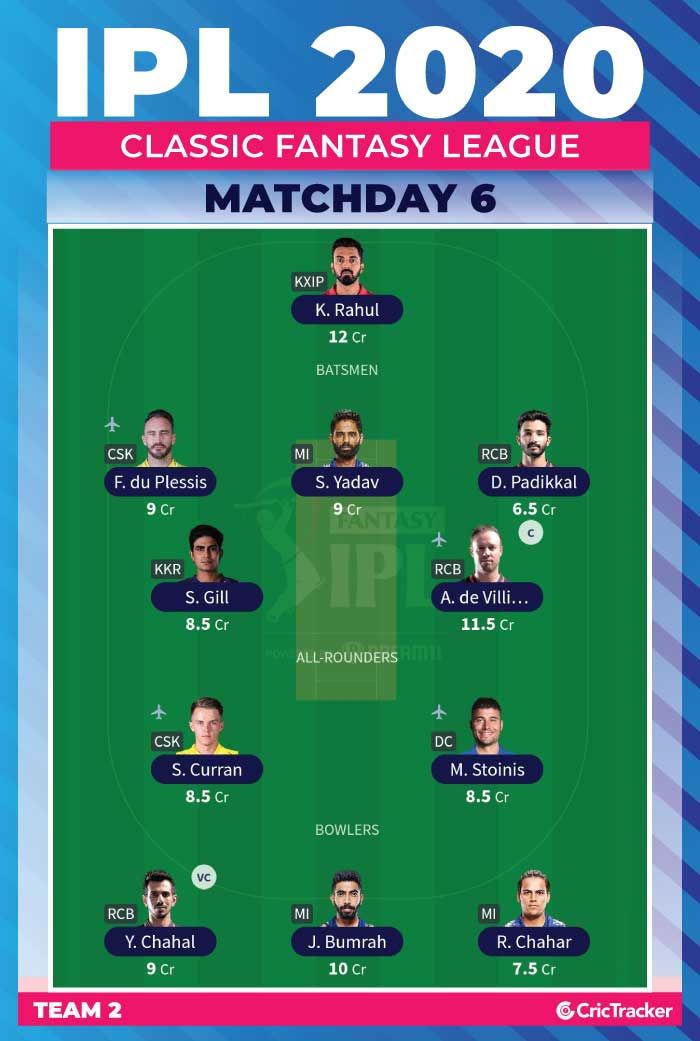