The 5th T20I match of the 5-match series between England Women and West Indies Women will be played at County Ground in Derby.

In this 5-match T20I series against the West Indies Women, the England Women have been highly dominative and absolutely ruthless. The hosts won the first two games of the series by an exactly 47-run margin. Then, they won by 20 runs in the 3rd T20I and also won the 4th by a 44-run margin. They have hardly given the visitors a chance and have their eyes on a whitewash as they gear up for the 5th T20I. West Indies Women, however, would fancy putting up a good show and possibly ending this series with a victory.

There is a chance of slight precipitation during the way. However, it is unlikely that we might lose out on a lot of action.

Despite the West Indies Women struggling, the pitch has been good for batting. The spinners have enjoyed bowling on this track.

Tammy Beaumont is a good option to have for your side. The English batswoman has mustered 111 runs in the series so far including a half-century.

Katherine Brunt has picked up 5 wickets in 4 games and also scored 47 runs with the bat.

Amy Jones has been doing well in her new role of batting down the order. She scored 108 runs in 4 games at a strike rate of 140.

Stafanie Taylor is the second-highest run-scorer for her team with 63 runs in 4 games and has also picked up 5 wickets.

Natalie Sciver is one of the five batswomen who scored more than 100 runs in the series. She engineered her way to 103 runs in 4 games including an 82 in one of the games and also picked up 4 wickets. 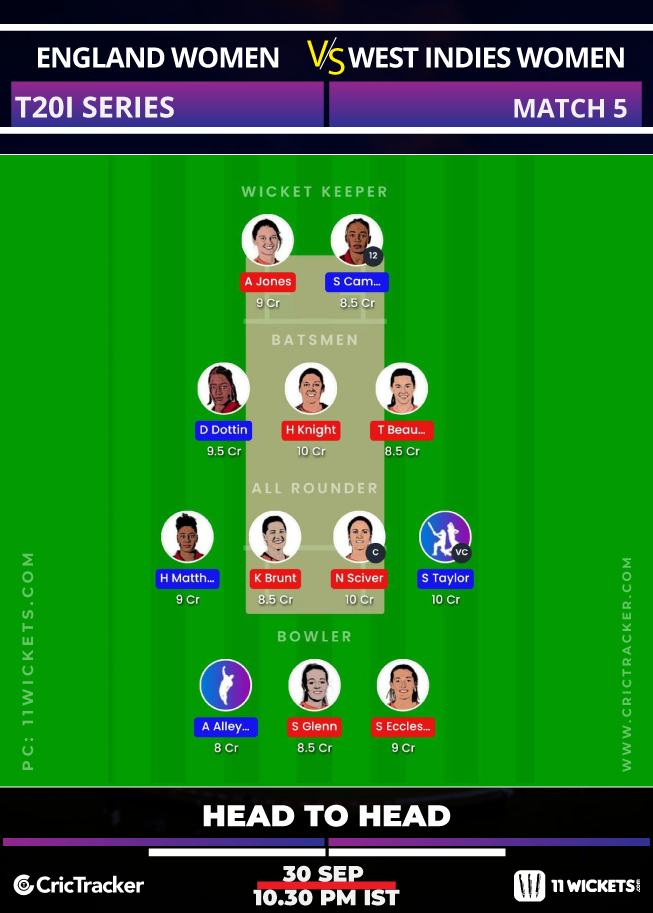 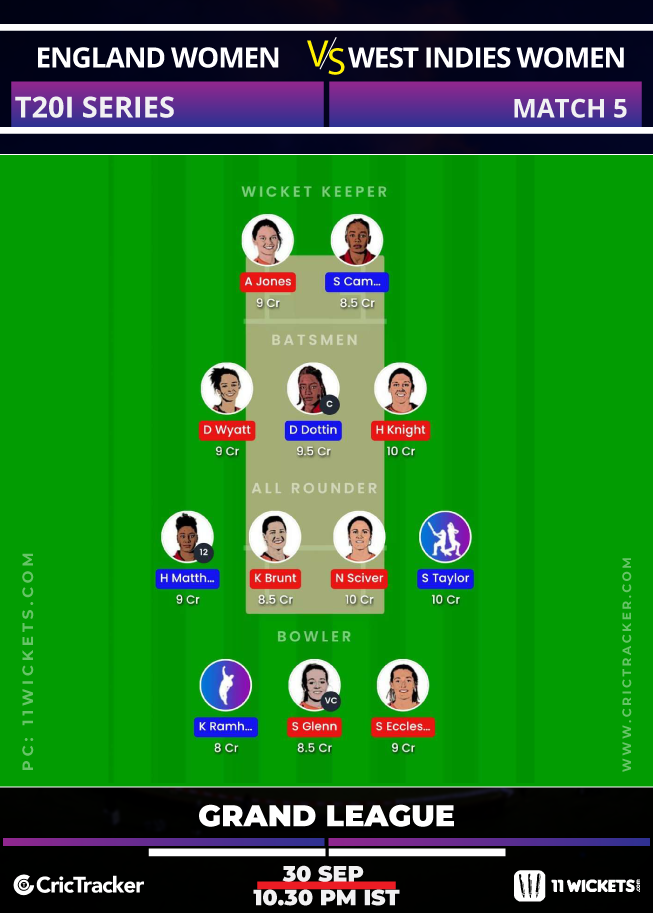 Shakera Selman didn’t feature in the side for the last match. If she plays, you can pick her in one of your teams.