The 2nd match of the BCB President’s Cup will be played between the Mahmudullah XI and Tamim XI at the Sher-e-Bangla Stadium in Mirpur.

The match is scheduled to start at 01:30 PM Local Time (01:00 PM IST) and can be streamed live on BCB’s YouTube channel.

This match is all set to be a closely contested match, as Tamim XI would want to get off to a good start of the tournament, by winning their very first match. And, their opponents, Mahmudullah XI will be wanting to make a comeback and get back on track and build up some momentum, going further into the tournament.

The weather in Mirpur on Tuesday will be partly cloudy, with a 20 per cent chance of rainfall. The temperature is expected to be hovering around the 30 degree Celsius mark.

The pitch at this ground is expected to favour the bowlers, a bit. But the batsmen will enjoy batting here even though runs may not flow as they want. Also, if the result of the first match of the tournament is anything to go by, chasing will be preferred by the captain winning the toss here.

196 (The first match of the tournament played at this venue)

Mahmudullah in his team’s first match scored a half-century and also took a wicket, showcasing his all-round capabilities.

Tamim Iqbal has been a stalwart of Bangladesh Cricket and has amassed 7202 runs in 207 ODI matches while maintaining an average of 36.74.

Imrul Kayes, in the 78 ODI matches he has played for Bangladesh, has scored 2434 runs. This also includes 16 half-centuries and 4 centuries.

Mustafizur Rahman has been a part of the Bangladesh team in 58 ODI matches, where he has managed to take 109 wickets. He also has an excellent economy rate of 5.22 runs per over. 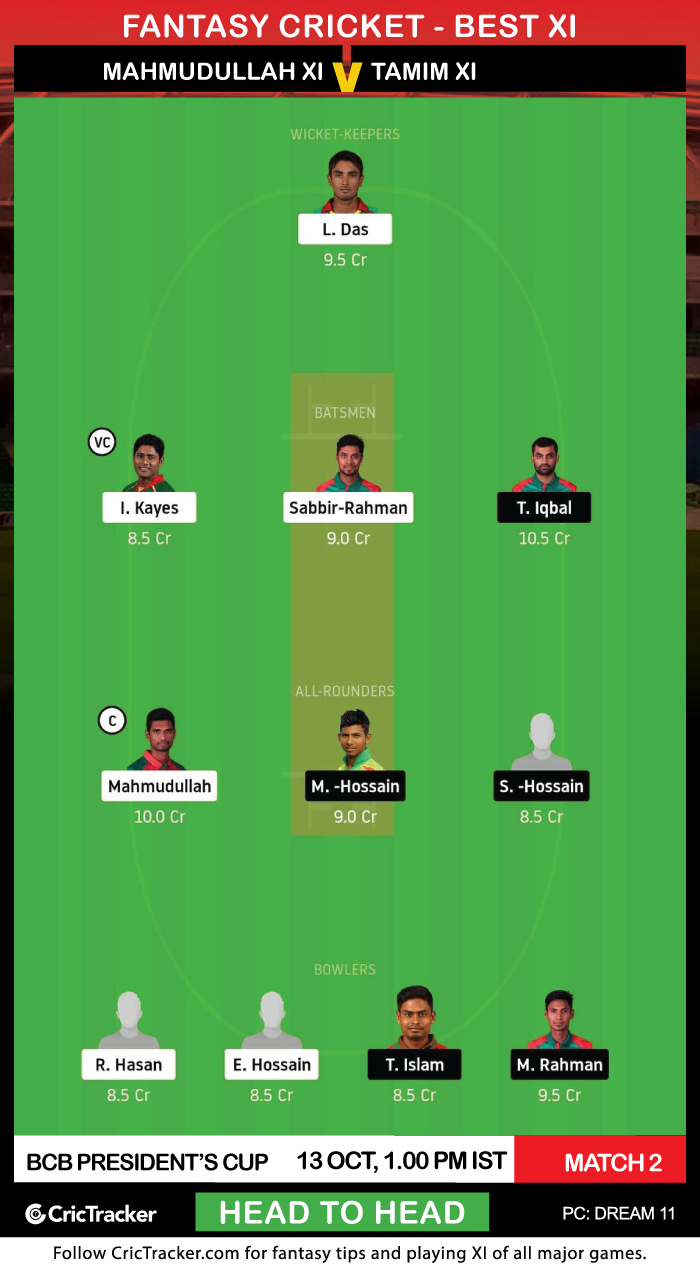 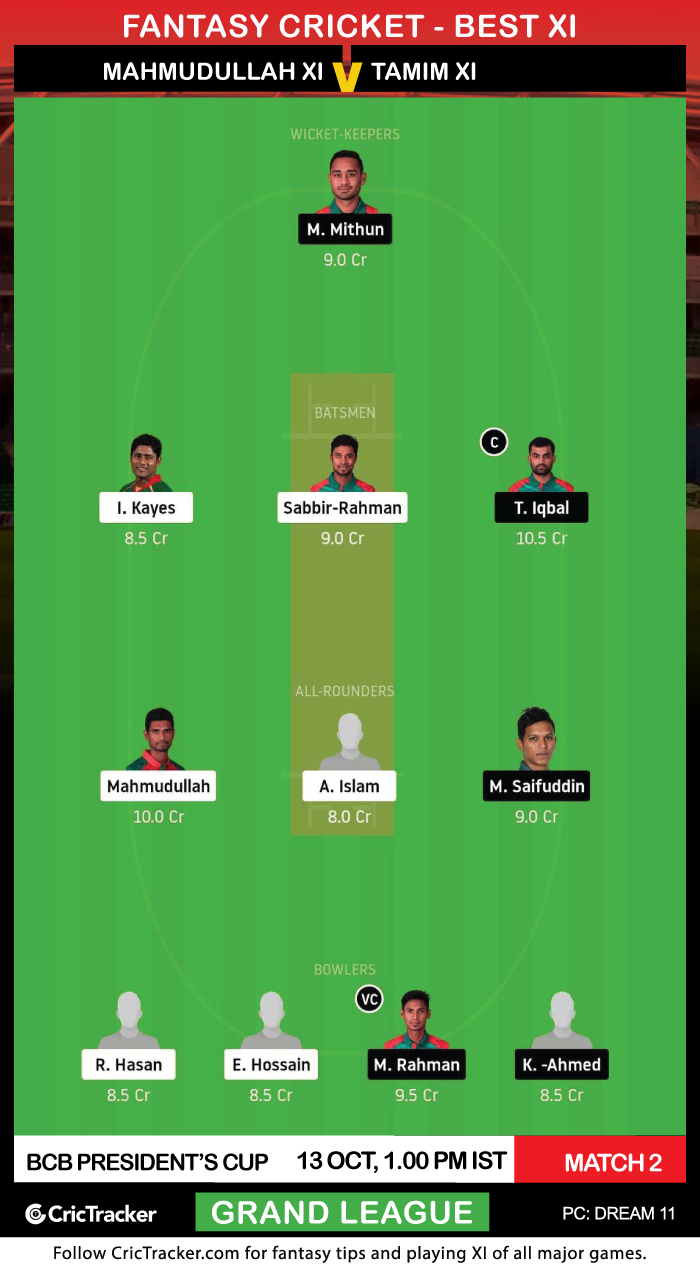 Given that this is one of the first matches of the tournament, it would be wise to include as many international players and all-rounders in your team as you can. They are guaranteed to give good returns on your investments.