Ebadat Hossain returned with figures of 3/46 in the first game and was great with the ball.

The 2nd match of the BCB President’s Cup will be played between the Mahmudullah XI and Tamim XI at the Sher-e-Bangla Stadium in Mirpur.

The match is scheduled to start at 01:30 PM Local Time (01:00 PM IST) and can be streamed live on BCB’s YouTube channel.

Mahmudullah XI couldn’t start off the BCB President’s Cup 2020 on a great note. In the opening game of the tournament, they lost to Najmul XI by 4 wickets. The team didn’t have enough runs on the board and could only put up a score of 196. Even though the bowlers tried, their efforts weren’t sufficient to help the team get over the line.

This is a short tournament and they will need to work hard to get things back on track once again. In the upcoming match, they will square off against Tamim XI. This will be the first game of the tournament for Tamim Iqbal and his boys. Thus, they would look to start off on a positive note and get into the winning ways straight away.

While the temperature in Mirpur will hover around 30 degrees Celsius, there is also a 20 per cent chance of precipitation.

The pitch seems to offer assistance to the bowlers. However, if the batsmen get their eye in, they can post a big total on the board.

196 (The first match of the tournament played at this venue)

Sabbir Rahman is an experienced batsman. Even though he scored only 22 runs in the first game, he is capable of getting a big score.

Ebadat Hossain returned with figures of 3/46 in the first game and was great with the ball.

Raqibul Hasan picked up 1 wicket in the first game and also had an economy rate just over 4. He was hitting great areas with the ball. 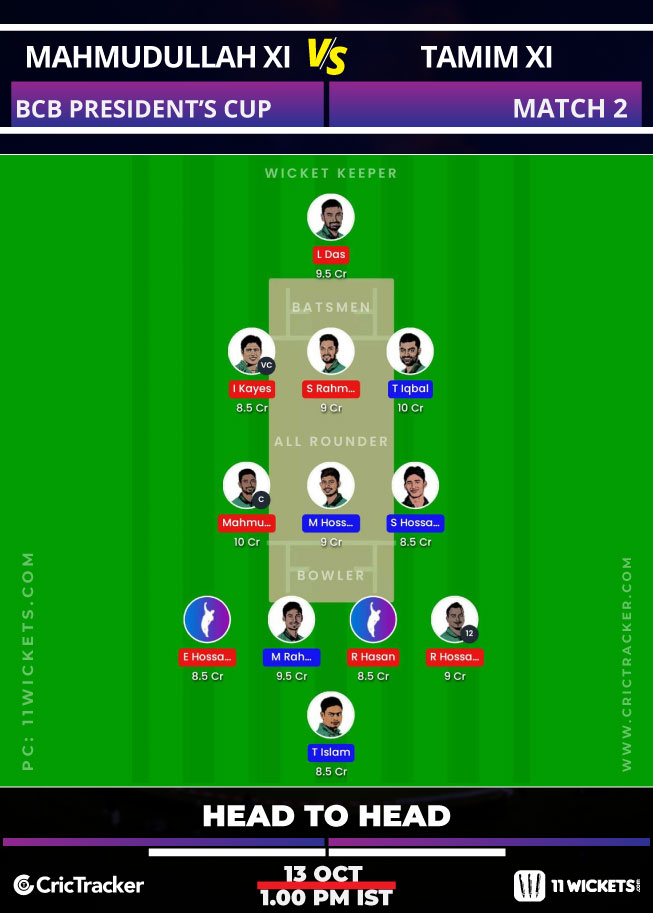 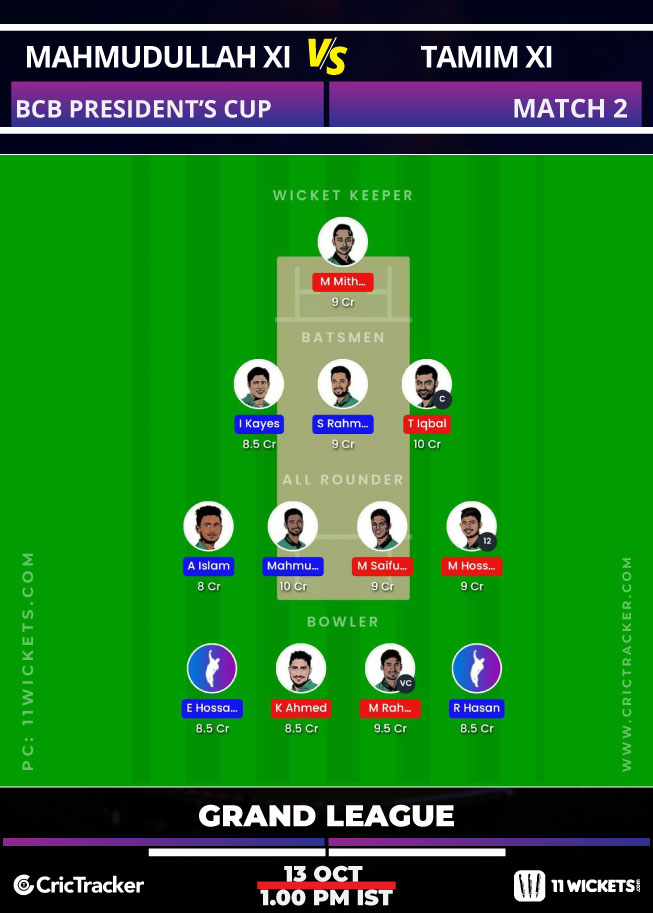 Having a bowler as your multiplier in your Grand League team could be a great ploy. The pitch has a good amount of assistance for the bowlers.