Delhi and Hyderabad will be looking to win this game and gain two points. 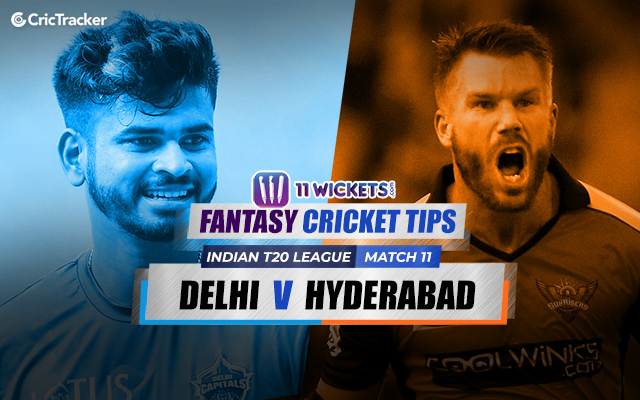 The 11th match of the Indian T20 League 2020 will be played between Delhi and Hyderabad at the Sheikh Zayed Stadium in Dubai.

So, coming into this match, both the teams would be having completely contrasting motives. While on one hand, Hyderabad would be looking for a big win, bringing them out of the bottom of the points table, Delhi will be wanting to maintain their hold at the top spot in the table, by just managing to get a victory. This makes it a match to watch out for as the two best teams on paper will be pitted against each other.

The skies in Dubai on Tuesday evening will be clear, but there is a meagre 10 per cent chance of rainfall. The temperature is expected to hover around the 30 degree Celsius mark.

Hosting its fourth match of the tournament, the pitch at this ground is expected to help the batsmen in the second innings, while the bowlers would enjoy their share of help from the pitch in the first half of the match.

Prithvi Shaw (8.5 credits) – In the two matches Prithvi Shaw has played in, has scored a total of 69 runs and looks to be in good touch with the bat in hand.

T Natarajan (8 credits) – Natarajan has has managed to pick only two wickets, but his lines and lengths have been great and he looks in great touch with the ball.

Vijay Shankar (8.5 credits) – Vijay Shankar has featured in only one match for his franchise in this tournament, and in the one over he bowled in that match, he took one wicket. Though there are fitness issues for him, if available to play, he should be picked 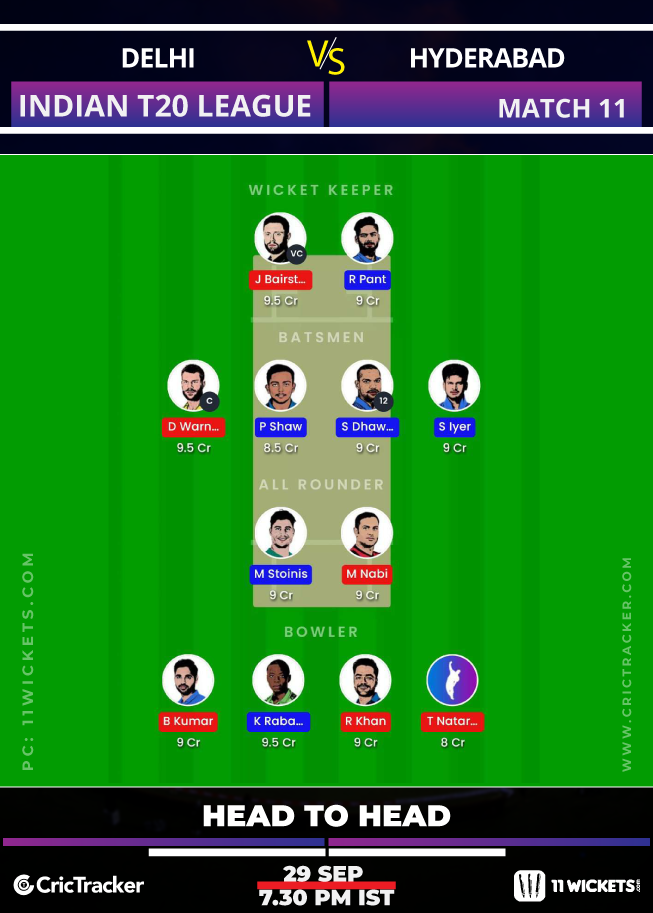 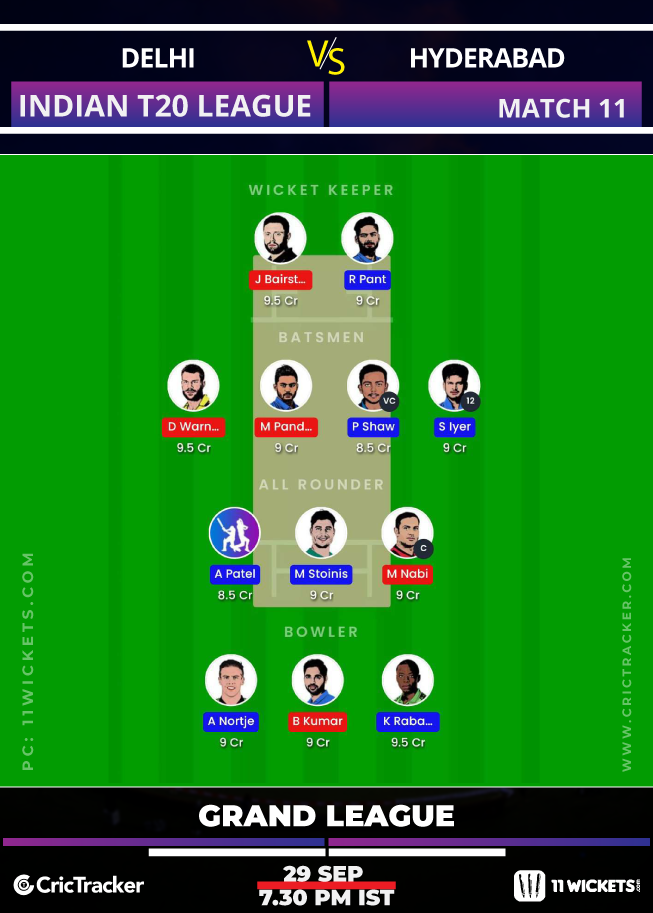 While choosing the third batsman of your team, you can go either with Prithvi Shaw or Manish Pandey as both of them are looking in good touch with the bat and promise to give great returns for your investment on them.