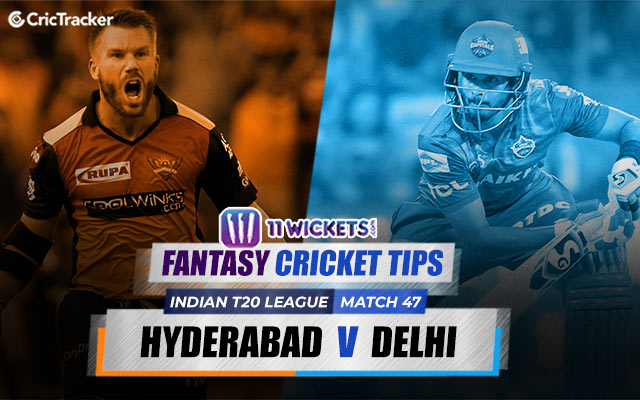 The 47th match of the Indian T20 League 2020 will be played between Hyderabad and Delhi at the Dubai International Stadium.

The two teams competing in this match, have had very different journeys in this tournament so far. Hyderabad have not been consistent throughout the season, and this has led them to drop down to as low as the second last spot in the points table. They have played in 11 matches so far and have won only 4 matches, getting 8 points in their bag.

Delhi, in this tournament, this season have had sort of a dream run, where they are one of top teams of the throughout. They have played in 11 matches so far and have won 7 matches, which has brought them 14 points in their bag. So, it would be a tough task for Hyderabad to get past them to a win in this match.

Tuesday will have in store, a perfect day for a cricket match as there are zero chances of any interruption due to weather conditions while the match is in progress. The weather will be clear and the temperature will be in the 27 to 30 degree Celsius range.

The pitch at the Dubai International Stadium has become a lot slower than what it was at the start of the tournament. The bowlers will get a lot of help from the surface and the batsmen would struggle to get the flow of runs going.

T Natarajan (8 credits) – T Natarajan has as many as 11 wickets to his name in the 11 matches that he has played.

Vijay Shankar (8.5 credits) – Vijay Shankar has scored 92 runs, including one half-century and has taken a handful of wickets in the 6 matches he has played. 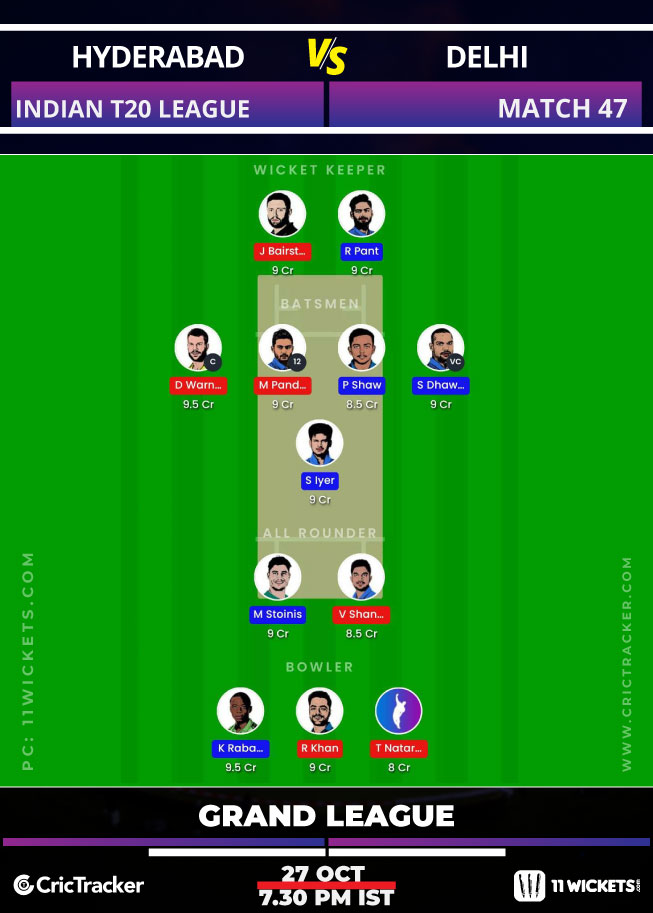 In your fantasy team for this match, you can include as many as 4 batsmen in your team, where the 4th batsman can be either Manish Pandey or Prithvi Shaw if he plays. Both these batsmen are in decent touch and have the potential to give great returns for the investment you make on them.