Rishabh Pant has a decent record against Chennai in the T20 league. 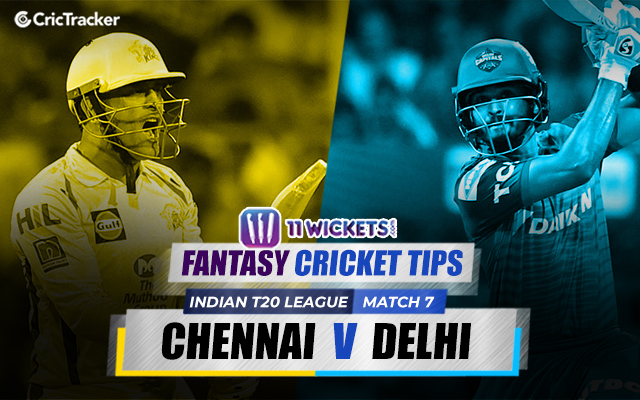 The 7th match of the Indian T20 League 2020 will be played between Chennai and Delhi at the Dubai International Stadium.

Both the teams competing in this match, have had a very eventful run in the tournament so far. After starting their campaign in the T20 League, team Chennai’s journey got slightly derailed when they suffered a defeat by the hands of Rajasthan in their second match. They will be looking for a win in this match and get back to winning ways, as these losses at the early stages may cost them dearly going ahead.

Team Delhi on the other hand, in their very first match which they played against Punjab, found themselves in the middle of a super over, which they somehow managed to pull it their way. So, coming into this match, they would be prepping vigorously for a win that would give them some momentum on their hands. This match is all set to be yet another nail-biter of a game.

A sunny day with no chance of rainfall and the sun shining brightly, followed by clear skies in the evening is expected to welcome the players when they take the field on Friday. The temperature will be hovering around the 30 degree Celsius mark.

The pitch at this ground will favour the batsmen at the start of the match, with the bowlers coming into the picture as the match progresses. One thing is sure that chasing would be a difficult task. Though dew might make life easy for the batsmen.

Ravichandran Ashwin in his team’s last match had gotten injured, and his availability for this match will be subject to the team physiotherapist’s decision.

Dwayne Bravo is being considered for selection in this match according to Chennai head coach Stephen Fleming.

Deepak Chahar (8.5 credits) – Deepak Chahar has been in good touch with the ball in this tournament, having taken 3 wickets in the two matches he has played so far.

Prithvi Shaw (8.5 credits) – Prithvi Shaw might not have sizzled with the bat in the last game, but the kind of a player he is, it would be no surprise, if he comes out and smashes the ball all around the park in this match.

Sam Curran (8.5 credits) – Sam Curran is, at the moment, the proud owner of the purple cap, with 4 wickets to his name in two matches, and he would want to keep that cap on his head, by taking more wickets. 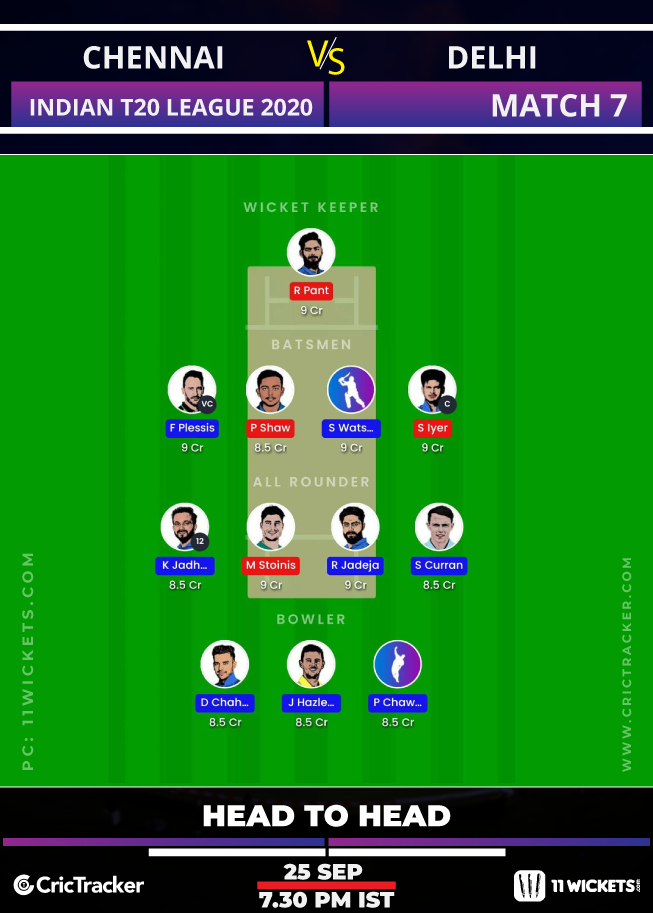 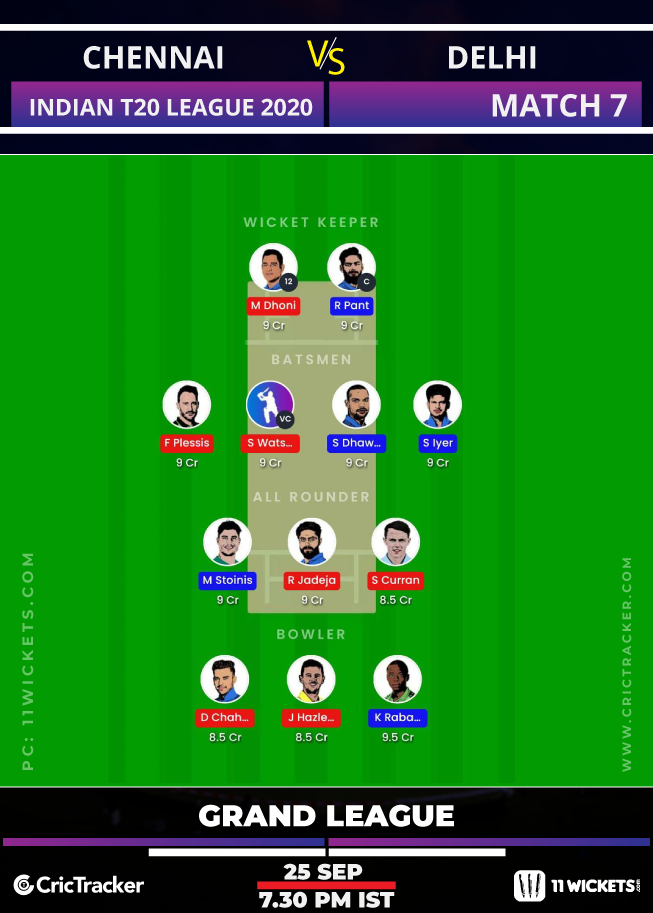 In the batsmen’s section of your fantasy team, it would be wise to go with 4 picks, as they are expected to provide good returns on your investments. And, for the spot of the 4th batsman, you can go either with Shikhar Dhawan or Prithvi Shaw, as both of them are expected to deliver well with the bat.