Nabi is expected to replace Marsh in the XI for Hyderabad. 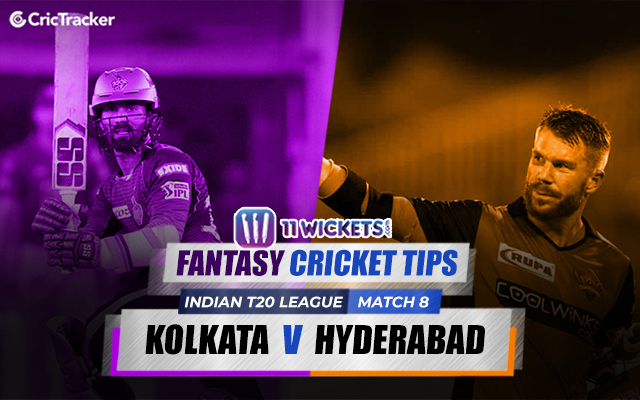 The 8th match of the Indian T20 League 2020 will be played between Kolkata and Hyderabad at the Sheikh Zayed Stadium in Abu Dhabi.

Having lost their opening matches of this season of the Indian T20 League, Hyderabad and Kolkata will be facing off against each other in what will be their second match of the tournament. In their opening game, Hyderabad played against Bangalore, who defeated them by a margin of 10 runs. And, Kolkata, in their first game of the tournament, lost to Mumbai by a 49 margin.

So, coming into this match, both the sides would be on a lookout for a victory desperately. And, with equally potent squads, they will be posing a big challenge for their opponents, making it really hard for them to get to a win with ease. This would make this match, a thriller for the players and the fans watching at home, giving them loads of entertainment.

Weather conditions look to be perfect for an uninterrupted game of cricket. The skies will be clear and the temperature is expected to be in the 31 to 34 degree Celsius range.

In the two matches that have been played at this venue of the Indian T20 League this season, the pitch has shown varying behaviours. One thing is certain that the batsmen would enjoy batting on this surface and the bowlers will have to put in a lot of effort to get the better of their opponents.

Injured Mitchell Marsh will not be continuing with Hyderabad this season. Jason Holder has taken his place in the squad.

Shubman Gill (8.5 credits) – Gill seemed to be in good touch with the bat in the first game but somehow couldn’t get going in the previous game. He will look to make an impact in this match.

Shivam Mavi (8 credits) – Mavi has managed to show his true capabilities in this tournament, having taken 2 wickets in the 4 overs he has bowled in so far.

Nitish Rana (8.5 credits) – Nitish Rana has been one of the top-performing players in the Kolkata team all these years. In this season, in his team’s first match, scored 24 runs off 18 deliveries. 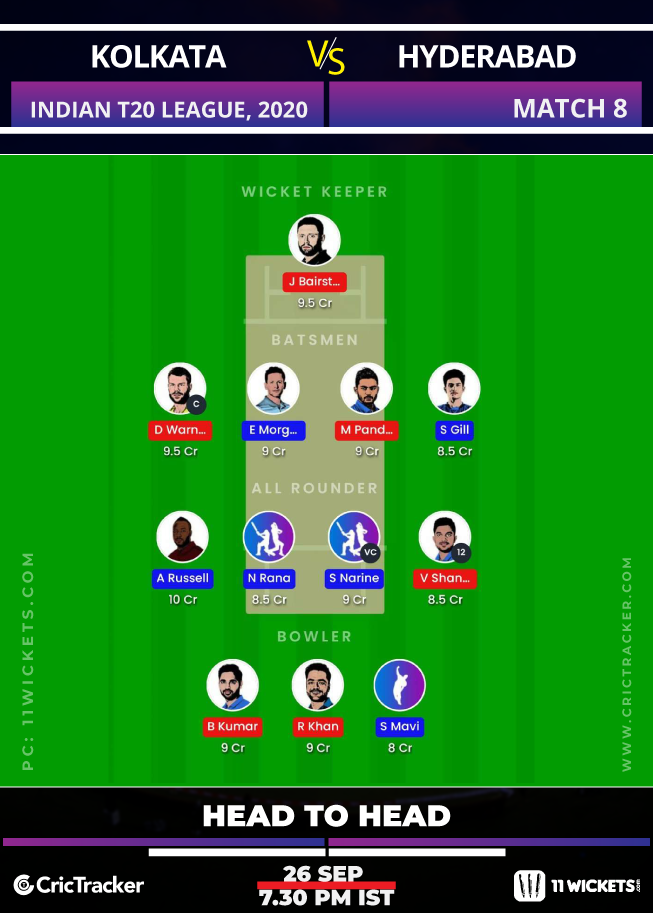 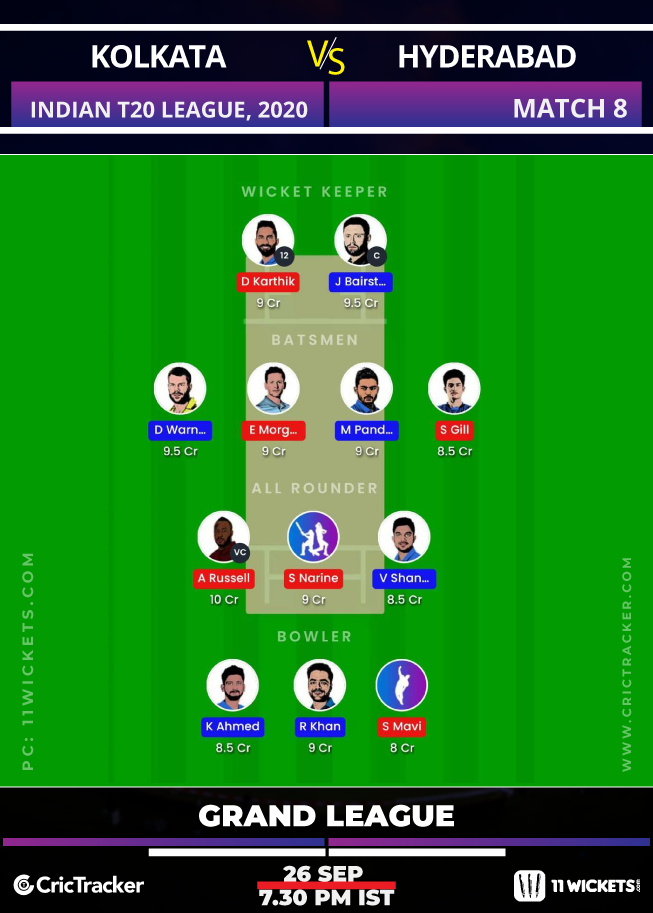 For filling up the third bowler slot in your team, you can either go with Khaleel Ahmed or Bhuvneshwar Kumar as both of these players have the potential to provide great returns on the investment you make in them.