Jos Buttler is set to play this match. 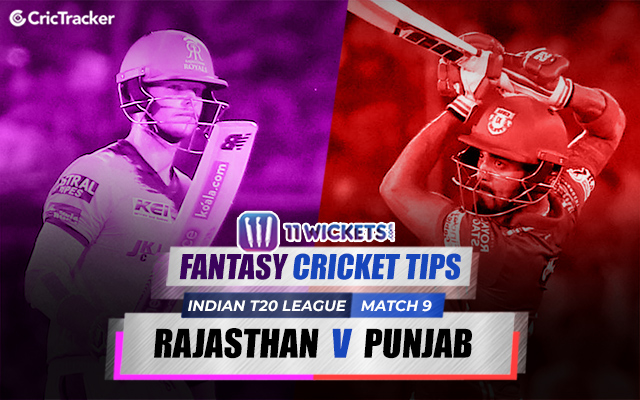 The 9th match of the Indian T20 League 2020 will be played between Rajasthan and Punjab at the Sharjah Cricket Stadium.

Playing in the 9th match of the tournament will be Rajasthan and Punjab, after starting their tournament on a somewhat similar note. Punjab is placed at the second spot in the points table, having won one of the two matches that they have played in, with their only loss coming in the super over of their very first match. They edged ahead of Mumbai, their closest competitors in the points table, in terms of net run rate to grab the second spot.

Rajasthan only played one match and won that game comfortably. In their first and only match they played against Chennai, Rajasthan who emerged victorious by a 16-run margin. Coming into this match, both the teams would be running high on energy and confidence, making this match, one of the closely contested matches of the tournament this season.

The weather in Sharjah on Sunday will be clear, with no chance of interruption during the match due to zero chance of rainfall. So, a full-length cricket match is on the cards. The temperature will be hovering around the 29 Degrees Celsius mark.

In the only match played at this ground, the chasing team lost the match. However, 416 runs were scored in 40 over and runs are expected to flow for the batsmen, and it would be hard for the bowlers to play on this surface.

Average first innings score: 216 (The only match of the tournament played here)

Jos Buttler is available to play for his franchise in this match.

Ravi Bishnoi (8.5 credits) – Ravi Bishnoi is one of the highest wicket-takers of the tournament, with 4 wickets to his name in 4 matches.

Mayank Agarwal (8.5 credits) – Mayank Agarwal has made his mark in this tournament, having scored 115 runs in two matches, while maintaining a strike rate of 143.75.

Rahul Tewtia (8.5 credits) – In the only match he played, Rahul Tewatia took everyone by storm, taking 3 wickets while giving away runs at economy of just 6 runs. In the same match, he scored 10 runs off 8 balls too. 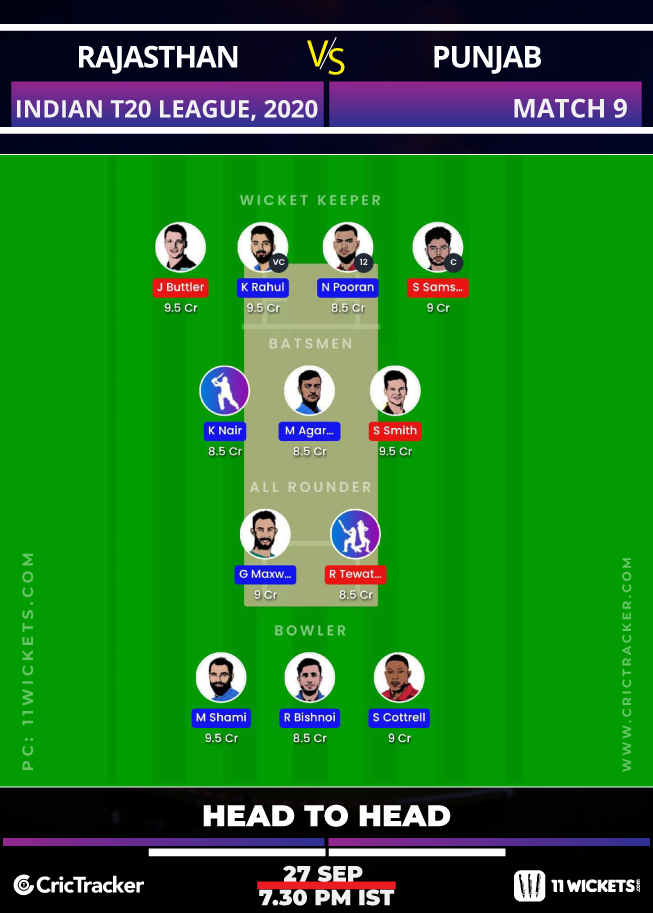 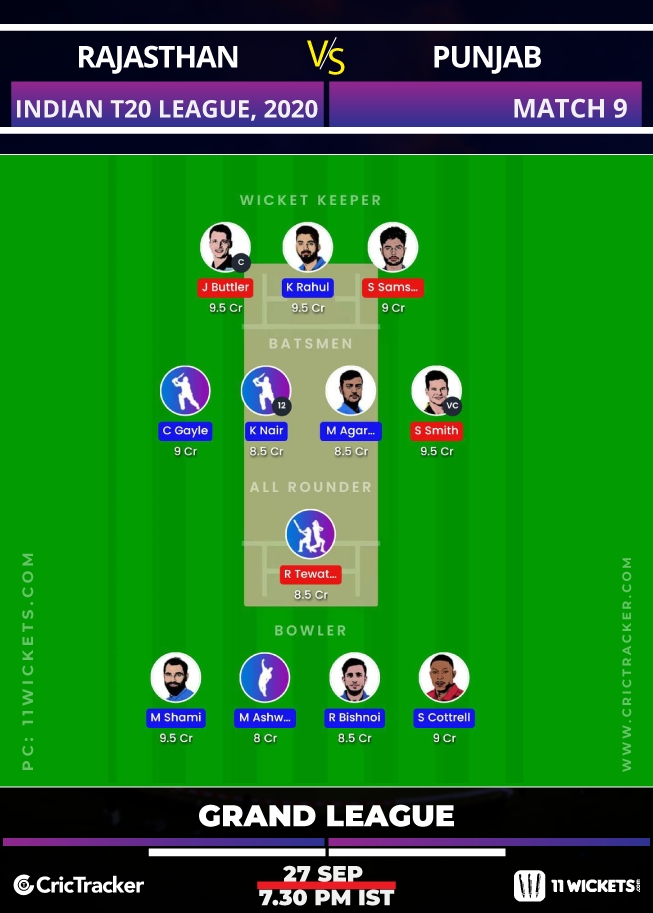 In this match, you can pick as many as three players in from the wicket-takers’ list in your team. Two of the three players are in form, and the third player, Jos Buttler is expected to make his mark in his very first match of the tournament.

Rajasthan is expected to win this match.