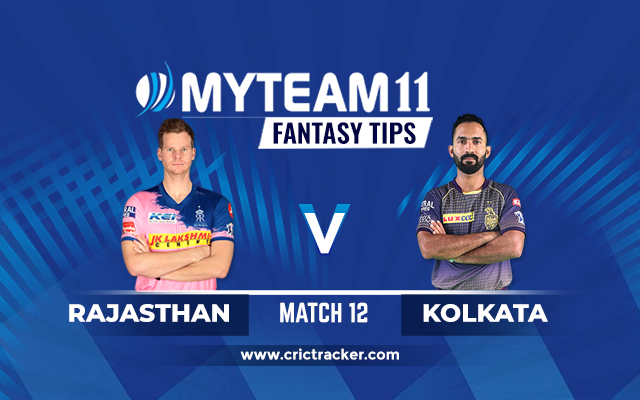 The 12th match of the Indian T20 League 2020 will be played between Rajasthan and Kolkata at Dubai International Cricket Stadium in Dubai. We have got the best Rajasthan vs Kolkata team prediction for today’s match.

Rajasthan vs Kolkata Match 12 is scheduled to start at 07:30 PM IST (06:00 PM local time) (02:00 PM UTC). The game will be telecasted on the Star Sports Network (Available in English, Hindi, Telugu, Tamil, Kannada and Bengali). Also, live streaming will be available on Disney+ Hotstar.

The 12th match of Indian T20 League 2020 will be played between Rajasthan and Kolkata at Dubai International Cricket Stadium in Dubai. Rajasthan have made a dream start in this tournament as they are the only teamswith Delhi to have not lost a single game so far. They have registered two wins in as many games at Sharjah, which also includes the record highest chase in the tournament’s history.

In both of their games, Rajasthan got past the 200-run mark, where they successfully defended in one game and chased it in the other. But now, they are heading towards Dubai with in-form batting and will be expecting a whole lot of difference there in terms of conditions. However, they have got a good bowling attack on paper and will be hoping to make it three wins in a row.

At the other end, Kolkata started their season with a loss against the defending champions but defeated Hyderabad in their second game to get back on track in Abu Dhabi. They are placed in the bottom three at the moment and have to give everything with the bat against an in-form Rajasthan team. They will be playing their first game outside Abu Dhabi which has similar conditions and a kind of similar dimensions.

The likes of Russell are yet to make any major impact in the middle order and the team will need a better effort from him to go through the Rajasthan team. Both the teams have won 10 games each and a no result in 21 games they played against each other in this tournament. 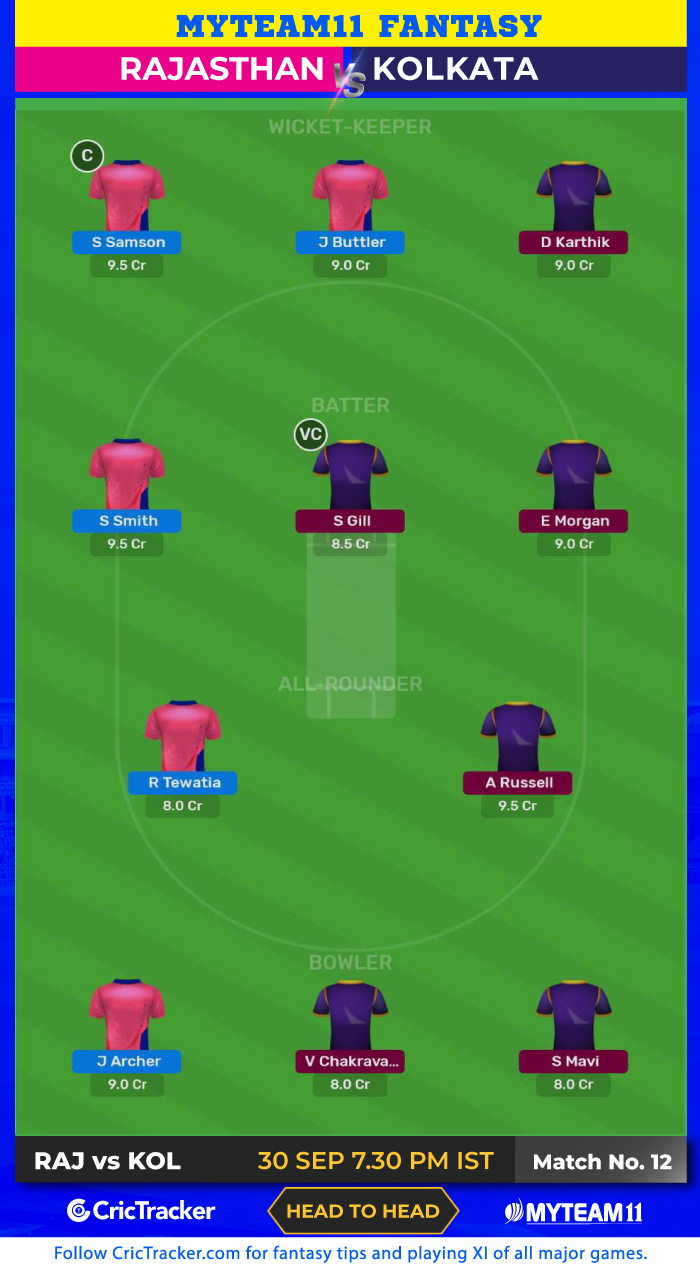 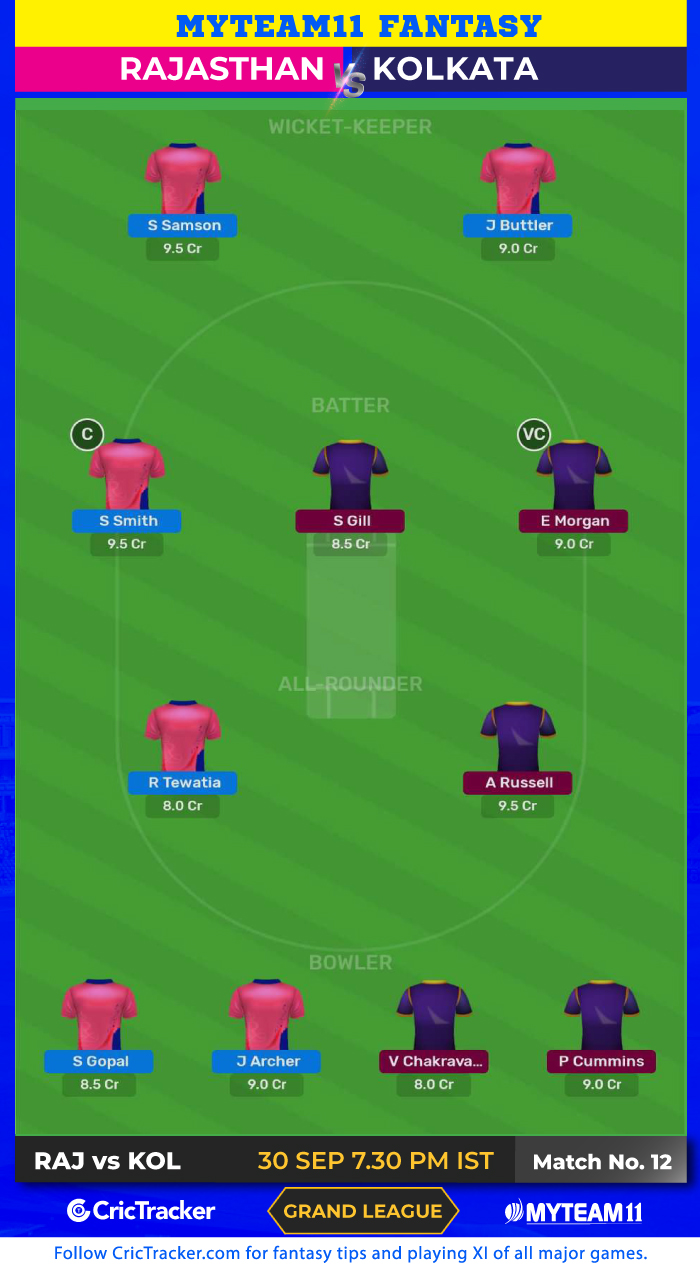 There is no chance of precipitation in Dubai during the course of the game. The temperature will be around 35 Degree Celsius and dew factor will come into play in second half of the match.

The pitch at Dubai turned into a graveyard for the bowlers in the last game. The pitch has still got something for the spinners in the initial part of the game and a good batting surface as the match progresses. However, batting second has been difficult at this venue so far.

Sanju Samson – Rajasthan – Sanju Samson has made a thunderous start of the 2020 season with the bat. He is the fourth highest run scorer this season so far at an SR of 214.86. His striking ability will be crucial in Dubai. He has an SR of 141.8 against Kolkata and an SR of above 227 in the death overs since 2017.

Andre Russell – Kolkata – Andre Russell is yet to make any major impact with the bat but will be crucial against Rajasthan in this match to clear those big boundaries in Dubai. He has an SR of 168.2 against Rajasthan at an average of 74 since 2018. He strikes at a rate of 250 against Jofra Archer during the death overs.

Rajasthan is expected to win this match.