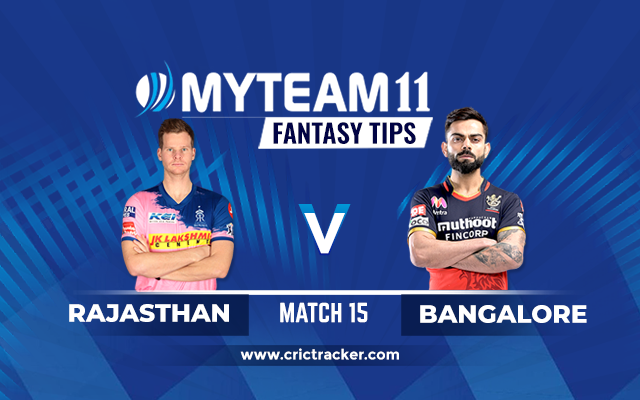 The 15th match of the Indian T20 League 2020 will be played between Bangalore and Rajasthan at Sheikh Zayed Stadium. We have got the best Bangalore vs Rajasthan team prediction for today’s match.

Bangalore vs Rajasthan Match 15 is scheduled to start at 03:30 PM IST (02:00 PM local time) (10:00 AM UTC). The game will be telecasted on the Star Sports Network (Available in English, Hindi, Telugu, Tamil, Kannada and Bengali). Also, live streaming will be available on Disney+ Hotstar.

Bangalore and Rajasthan are all set to play the first afternoon game of the season on Saturday. Both the teams had a similar start to their campaign with two wins in the first three games. Bangalore got off the mark with a win despite making some blunders in the playing XI against Hyderabad. Later, they had a wake up call against Punjab and did a lot of things right with their XI against Mumbai. However, with a good batting form and a good bowling on paper, they badly need to improve their death bowling and fielding to increase their chances in Abu Dhabi to take the two points.

On the other hand, Rajasthan played outside Sharjah for the first time where they experienced a whole lot of difference in terms of conditions. While chasing 175 in Dubai, they couldn’t play according to conditions and ended up losing by 37 runs. Their batting depends a lot on the top three. Hence, it is good for them to have a way more balanced batting order to tackle this well balanced Bangalore side. However, they won all the last three matches against them and would like to extend their winning streak to get back on track in Abu Dhabi. 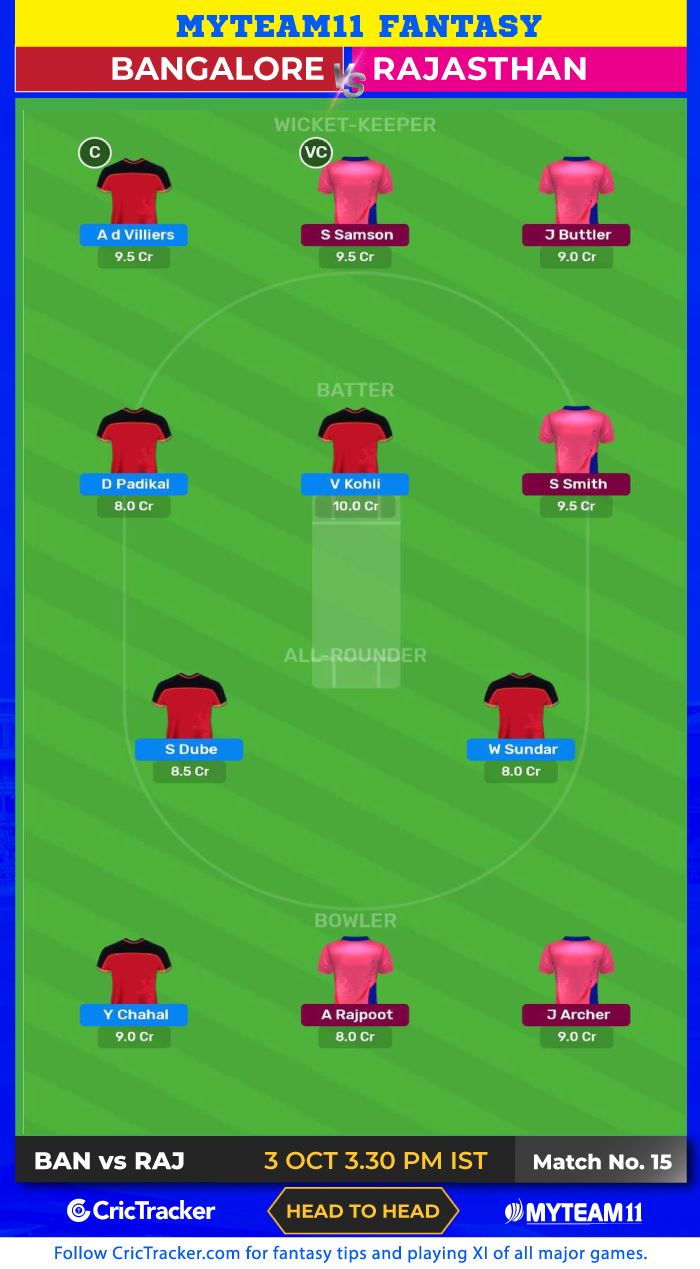 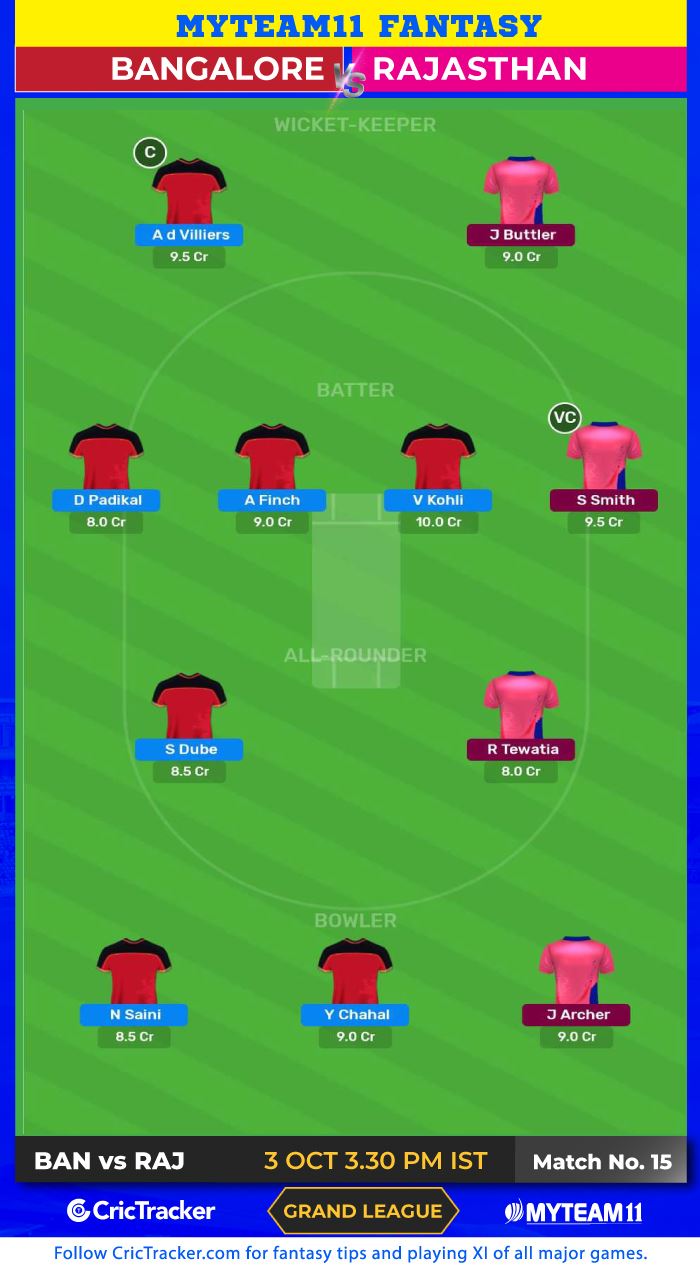 Chris Morris is recovering from a side strain and his availability in the match on Saturday is still uncertain.

The weather forecast in Abu Dhabi continues to  show zero chances of rain during the course of the match. It is a day game and the temperature will be around 34 Degree Celsius which will challenge the players to perform in those tough conditions.

The pitch at Abu Dhabi again showed equal assistance to batting and bowling. It is covered by a layer of grass which will help the pacers to get initial seam movement. However, spinners will play a key role on the basis of the dimension of the ground during the middle overs. Anything above 160 is hard to chase in the second innings.

AB De Villiers – Bangalore – AB De Villiers has the most runs for Bangalore this season, 134 at a SR of 186. He has an average of 81 at a SR close to 240 in the death overs this season. However he also has a good SR of 145.5 against Rajasthan in the last couple of seasons. He will be crucial against Jofra Archer as he strikes the ball at 233 against him.