Have plenty of big-hitting options since Sharjah is a very small ground and one can expect plenty of sixes in this match. 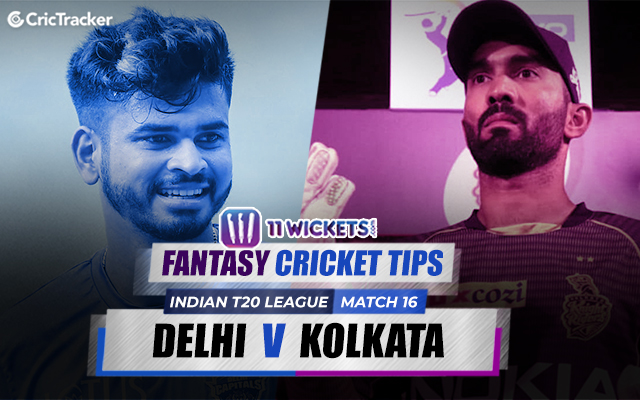 The 16th match of the Indian T20 League 2020 will be played between Delhi and Kolkata at the Sharjah Cricket Stadium in Sharjah.

Delhi started off the campaign on a wonderful note, having won two in two games but registered their first loss against a team that registered two losses in as many games, i.e, the Hyderabad. Delhi’s batting is powerful but the middle-order is relatively inexperienced. Poor running between the wickets can be attributed as one of the reasons for the loss in the last match. Their bowling attack also has just been outstanding with Kagiso Rabada leading the line. Delhi will look to cement their place at the upper half of the table when they take on Kolkata on Saturday.

Kolkata registered a complete performance in their last game against an in-form Rajasthan side. They beat Rajasthan by 37 runs and now find themselves on a two-match winning streak.  Their batting has come good for them but so has their pace department. Kolkata’s biggest strength is chasing down those big totals just because of the presence of some big hitters in their ranks. They will look to figure out the ideal batting position for their skipper, Dinesh Karthik, and their stalwart, Andre Russell; both of whom have looked out of form with the bat. At a venue like Sharjah, both of them can be game-changing.

The weather for the evening game on Saturday is conducive for a cricket match but continues to be harsh on the players with respect to the temperatures. Of course, it cannot be helped but the temperatures are set to stay near 34°C for the most part of the game. There will be ample humidity in the atmosphere. It is suggestive of the appearance of dew in the second innings.

The track at Sharjah is an absolute nightmare for the bowlers. Apart from the ball coming on nicely to the bat, the boundaries are extremely small which is why teams prefer to chase in Sharjah. With the dew, batting becomes much easier in the second half.

Ravichandran Ashwin could play tomorrow subject to clearance of the fitness test.

Varun Chakravarthy (8 credits) – Varun Chakravarthy has been bowling beautifully this season. He has certainly come a long way from the bashing that he took from RCB in his debut match. He has picked up 3 wickets from 2 games at an economy of 6.75. With the variations that he possesses, he will have a major role to play in containing the Delhi batsmen.

Shivam Mavi (8 credits) – Shivam Mavi has been backed by the Kolkata management for a long time and he is delivering the goods now. With a bright future in the store for him, he is set to go a long way. His true potential was seen when he was bowling in tandem with Kamlesh Nagarkoti in the match against Rajasthan. The pacer has picked up 4 wickets from 3 games at an economy of 6.70.

Ishant Sharma (8.5 credits) – With his height and the bounce that he generates, Ishant Sharma can very well win the match for Delhi if understands the proper way to use the conditions at Sharjah to his advantage. The margin of error is very slim but should he get the hang of it, he will deliver. 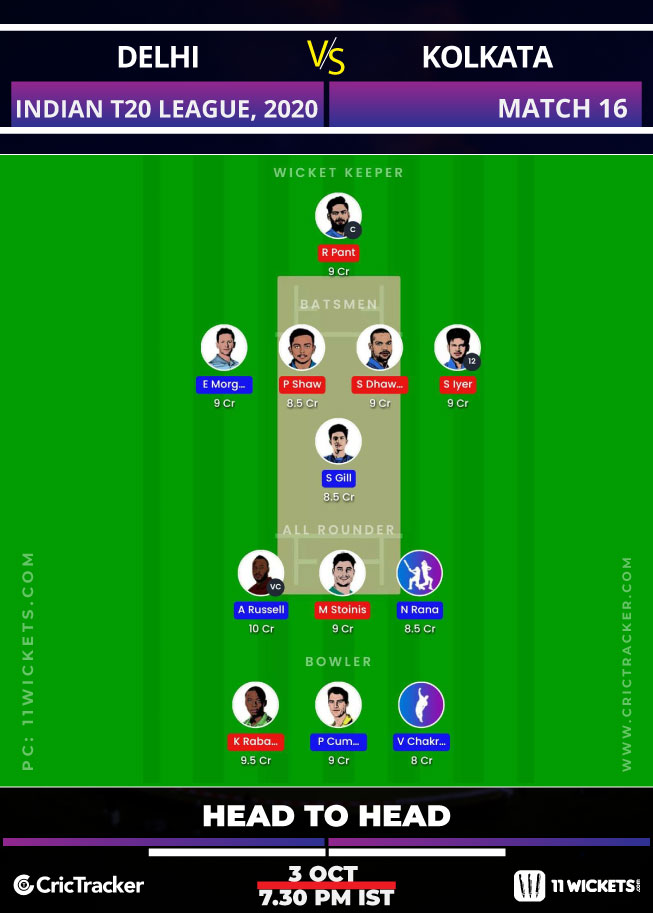 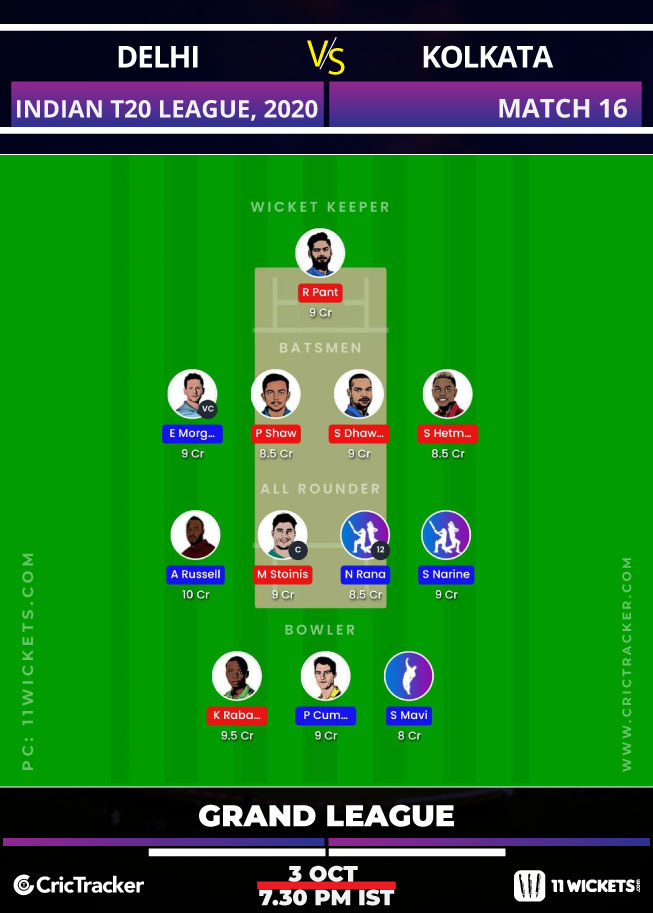 Have plenty of big-hitting options since Sharjah is a very small ground and one can expect plenty of sixes in this match.

Kolkata are expected to win this contest and also add two points to their tally.