It is the battle between second and third-placed teams Delhi and Bangalore. 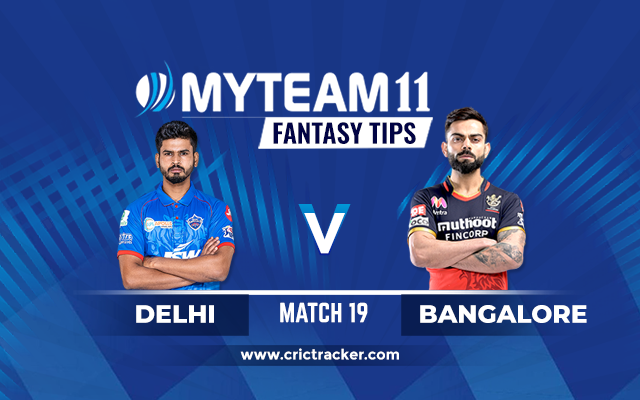 The 19th match of the Indian T20 League 2020 will be played between Bangalore and Delhi at Dubai International Cricket Stadium in Dubai. We have got the best Bangalore vs Delhi team prediction for today’s match.

Bangalore vs Delhi Match 19 is scheduled to start at 07:30 PM IST (06:00 PM local time) (02:00 PM UTC). The game will be telecasted on the Star Sports Network (Available in English, Hindi, Telugu, Tamil, Kannada and Bengali). Also, live streaming will be available on Disney+ Hotstar.

After the successful double-headers on weekends, Bangalore are up against Delhi in the next fixture of Indian T20 League. Both the teams have won three out of four matches so far and are only separated by the net run rate. Bangalore are coming off two consecutive victories including a convincing one against Rajasthan in Abu Dhabi and seem to have found the best combination for their XI.

With Virat Kohli back into scoring form, the only thing Bangalore is expecting now is to get the services of Morris. Otherwise it has been an all-round performance by the Virat Kohli-led side so far. However, they are expected to go with the same XI and make it eight points in five games.

On the other side, Delhi just scored the highest total by any team this season. They have been top notch with their pace bowling and some consistent outcomes from their Indian batters. The hitting form of Shreyas Iyer has to be a big positive for them. However, their spin unit needs to be reset to tackle the heavy batting unit of Bangalore. They would like to win this and make a move to the top of the table for a while. 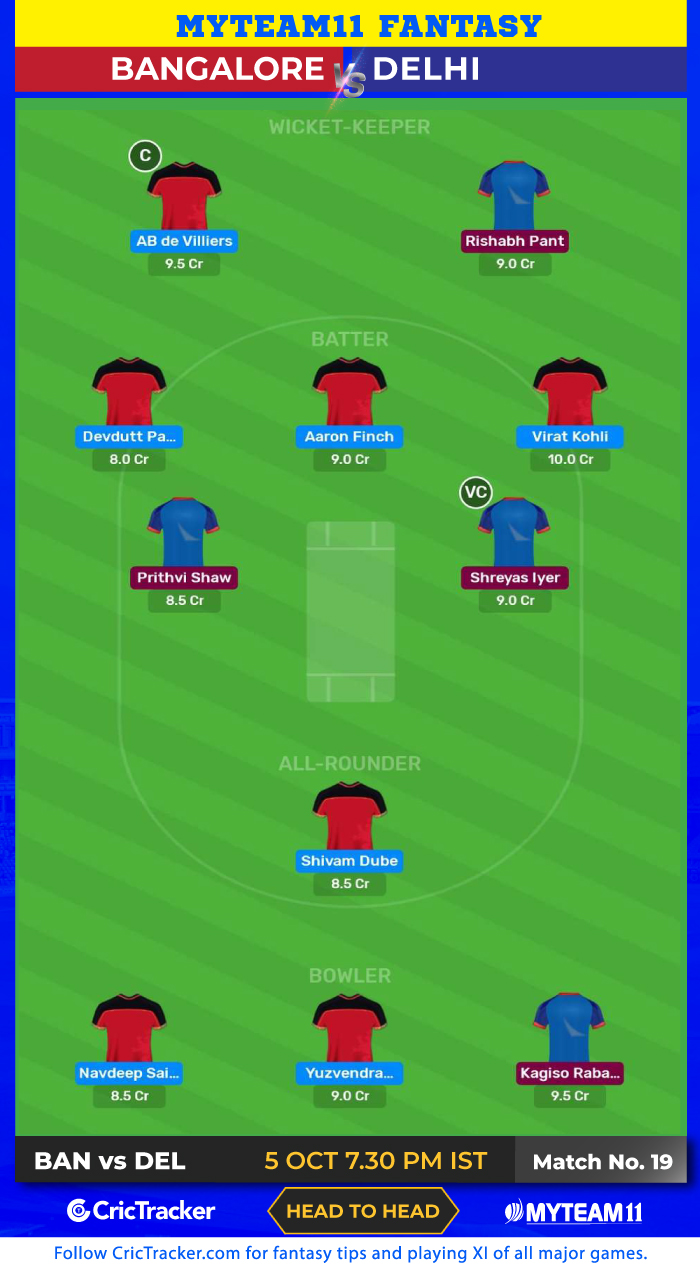 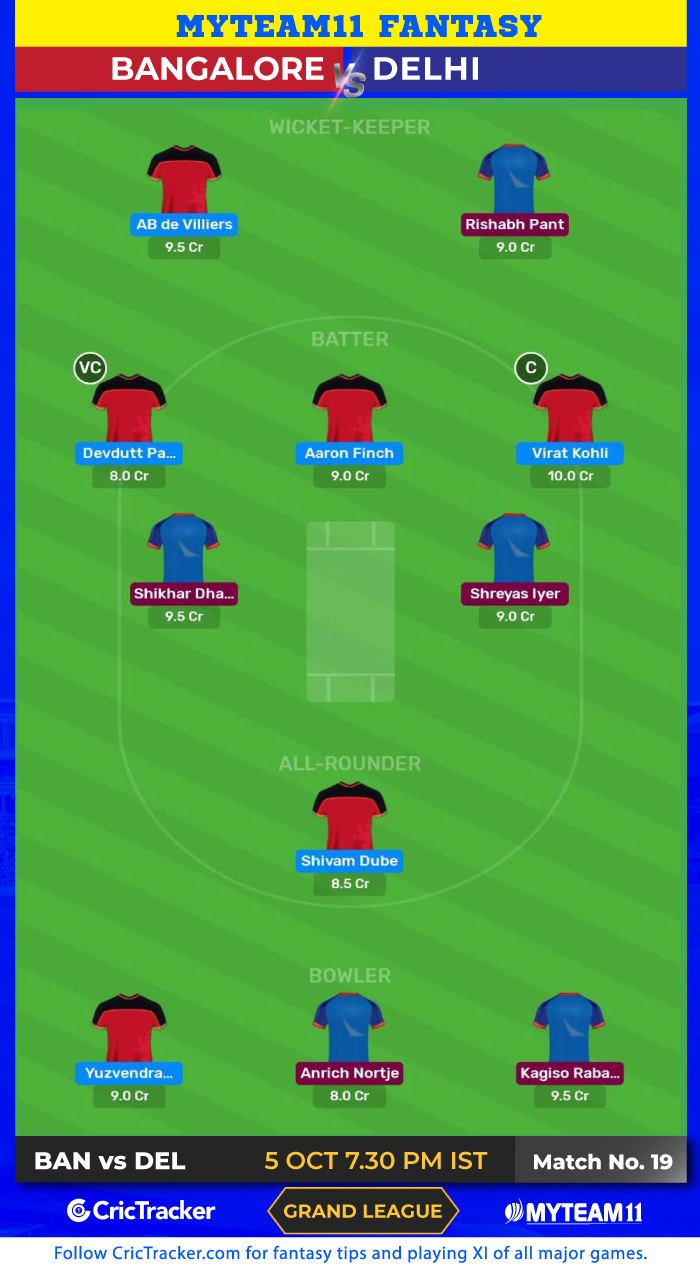 Chris Morris was seen practising in the nets but his availability is still uncertain.

The weather forecast looks promising as there is zero chances of rain during the match time. Dew factor will come into play in the second innings with the temperature around 33-34 Degree Celsius.

The pitch in Dubai is equally good for batting and bowling. It turns slower as the match goes on. Anything above 160 is difficult to chase. However, the dimension of the ground will come into play for spinners. Another good contest between the ball and bat awaits in front of us.

AB De Villiers – Bangalore – AB De Villiers is the top scorer for Bangalore this season. He has 146 runs at an average of 73 this season so far. He has been striking the ball at the rate of 241.7 against Delhi since 2018. However, he has been in superb touch in the conditions of Dubai.

Shreyas Iyer – Delhi  – Shreyas Iyer has been the man in form for Delhi with 170 runs in four innings. He was the man of the match in their last match, scoring 88* off just 38. He has an average of 47 against Bangalore with three half centuries in five innings. He has a SR of 149.25 against wrist spinners, which is highest in comparison to any kind of bowler. Bangalore has two wrist spinners in their line-up.