The bowlers will enjoy help from the surface both in the first and second innings. 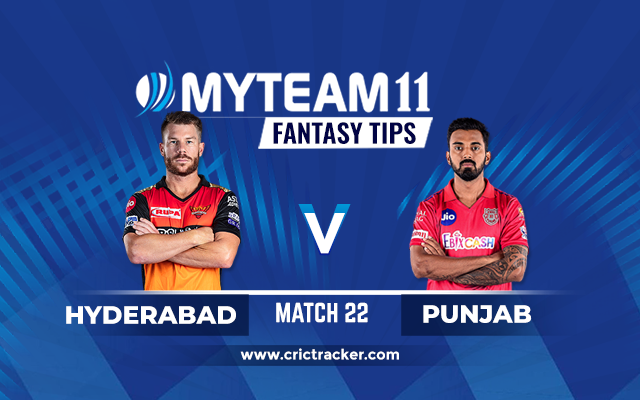 The 22nd match of the Indian T20 League 2020 will be played between Hyderabad and Punjab at the Dubai International Stadium. We have got the best Kolkata vs Chennai team prediction for today’s match.

Hyderabad vs Punjab Match 22 is scheduled to start at 07:30 PM IST (06:00 PM local time) (02:00 PM UTC). The game will be telecasted on the Star Sports Network (Available in English, Hindi, Telugu, Tamil, Kannada and Bengali). Also, live streaming will be available on Disney+ Hotstar VIP.

Over the course of the last 21 matches of the tournament, the two teams competing in this match have had very different journeys. While one, has been doing well, yet not being able to win matches consistently, the other team has been looking a little unsettled when compared to how they used to be in the previous seasons of the tournament.

Punjab on at least three occasions have lost matches that they deserved to win. They have managed to successfully win only one match out of the 5 they have played so far and are pegged at the bottom of the points table. Hyderabad on the other hand have fared better and have 4 points in their bag, thanks to their two wins in five matches. This places them at the 6th spot in the points table. Coming into this match, both the teams will be looking to win this match by any means and push upwards in the points table. 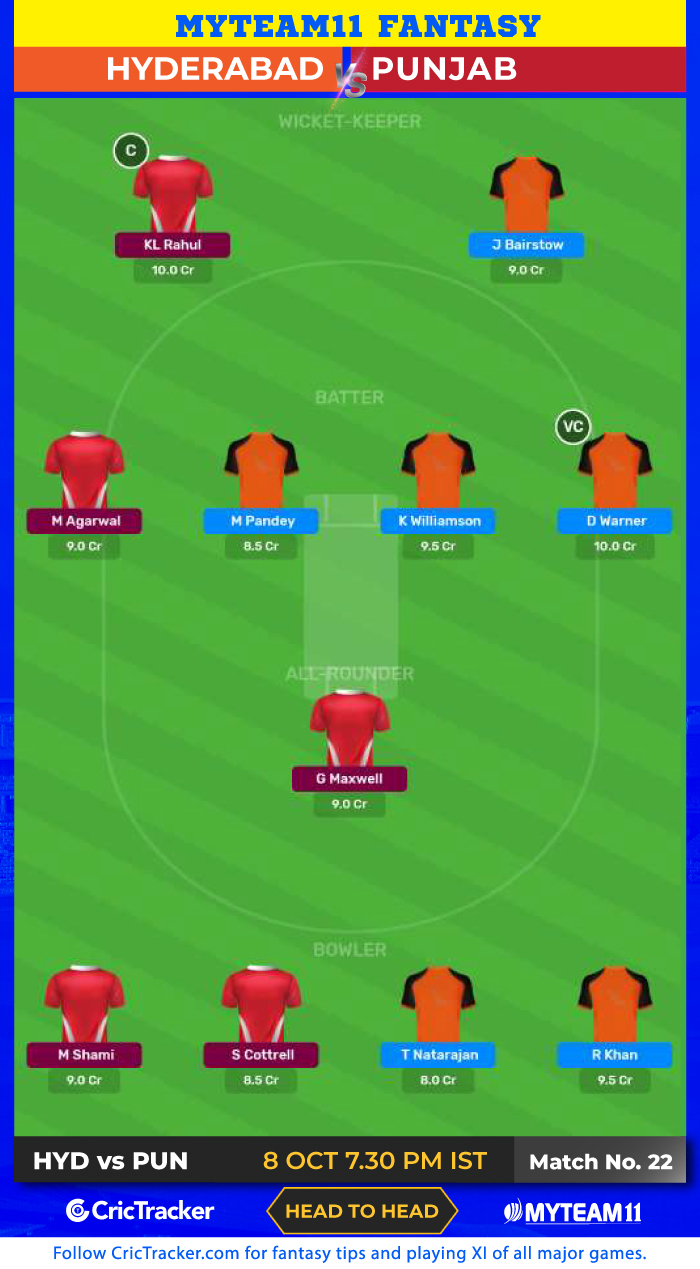 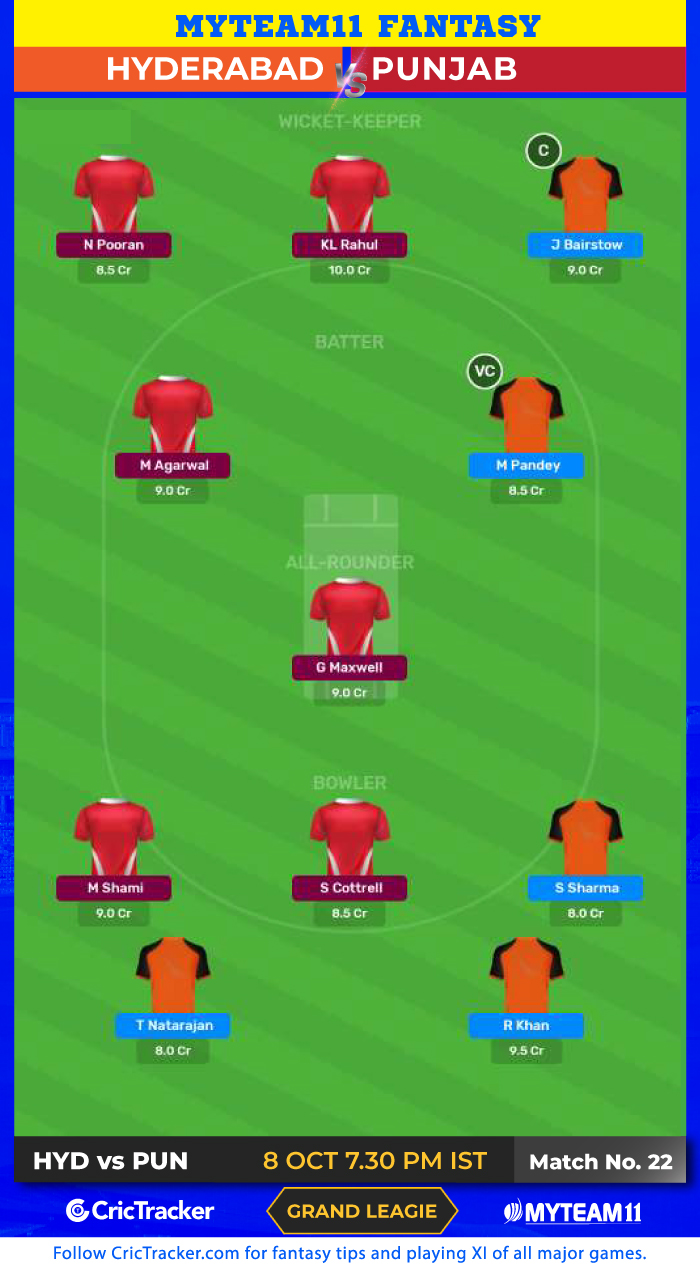 Bhuvneshwar Kumar has been ruled out of the tournament due to an injury he sustained during his team’s match against Chennai. Prithvi Raj Yarra has been named replacement in the Hyderabad team.

The weather in Dubai on Thursday is expected to be clear with no chance of rainfall and temperature in the 31 to 34 degree Celsius range. So, a full-length match is on the cards.

Batting would be a tough task for any team playing at this ground in the second innings. The bowlers will enjoy help from the surface both in the first and second innings.

MVP for MyTeam11 Fantasy from each team:

KL Rahul – Punjab – KL Rahul has been in terrific form with the bat in this tournament and has shown what level of damage he is capable of doing while batting. He currently holds the Orange Cap with 302 runs to his name in just the 5 matches he has played, all this, while maintaining an average of 75.50.

David Warner – Hyderabad – The captain of Hyderabad, David Warner is so far the top performer for his team with the bat, having scored a total of 175 runs in 5 matches, at a strike rate of 123.24. Coming into this match, he will be looking to give an inspired performance with the bat.