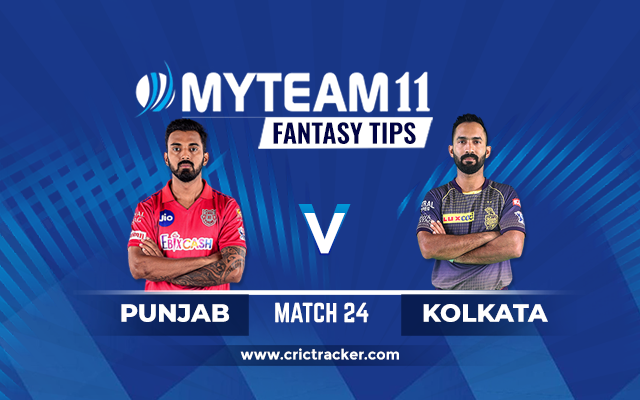 The 24th match of the Indian T20 League 2020 will be played between Kolkata and Punjab at Sheikh Zayed Stadium in Abu Dhabi. We have got the best Kolkata vs Punjab team prediction for today’s match.

Kolkata vs Punjab Match 24 is scheduled to start at 03:30 PM IST (02:00 PM local time) (10:00 AM UTC). The game will be telecasted on the Star Sports Network (Available in English, Hindi, Telugu, Tamil, Kannada and Bengali). Also, live streaming will be available on Disney+ Hotstar.

After a crucial win against Chennai, Kolkata are all set to play Punjab in their next fixture of the Indian T20 League. They are placed at fourth position in the points table, just behind Hyderabad in NRR. They won three out of five matches so far this season and it seems they have got their winning combination. They tactically outplayed Chennai during the last ten overs of the game.

The decision of opening with Rahul Tripathi came off and are expected to go with the same XI. By looking at the balance they possess, it is expected to see them win another one in Abu Dhabi and make it eight points in six games.  On the other hand, Punjab continued to disappoint their fans with another poor outing against Hyderabad. They are the bottom least team with only one win in five games so far.

They have a very tough time ahead in the tournament as they need to win almost every game to avoid themselves becoming the first team to get eliminated. Their batting order is heavily dependent on their opener with a lone warrior, with Nicholas Pooran fighting in the middle order. They need to take some bold decisions in their team selections and get back on track. 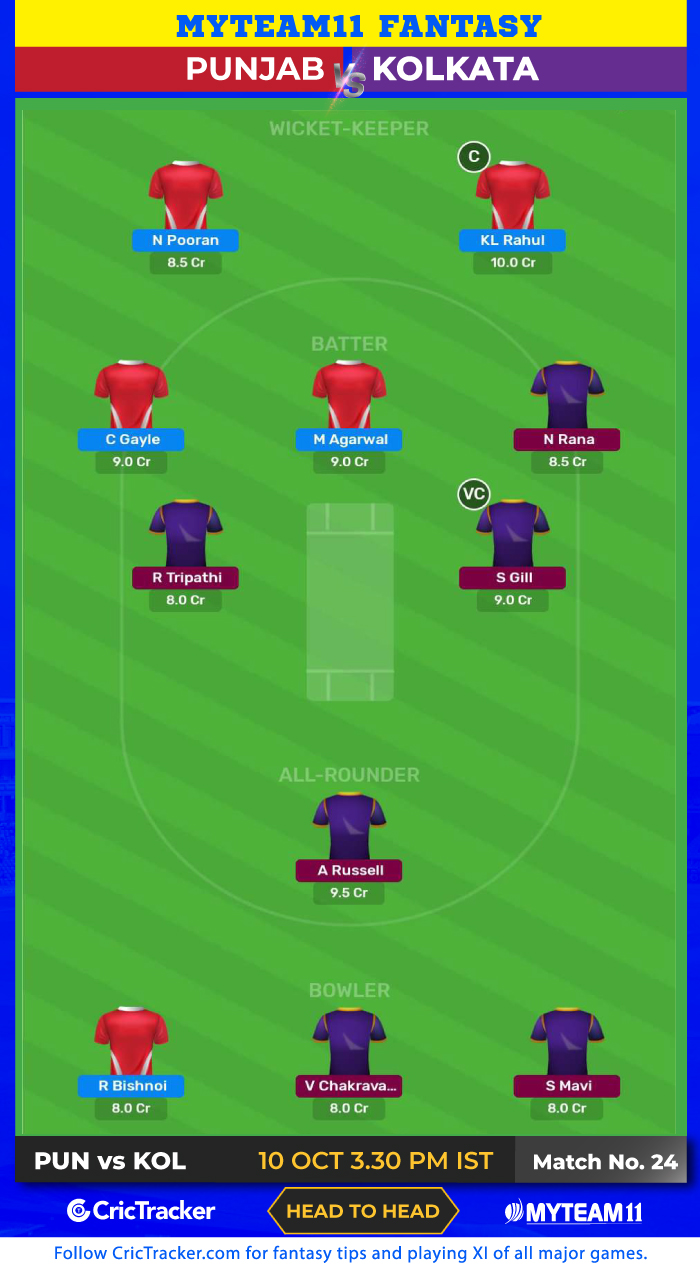 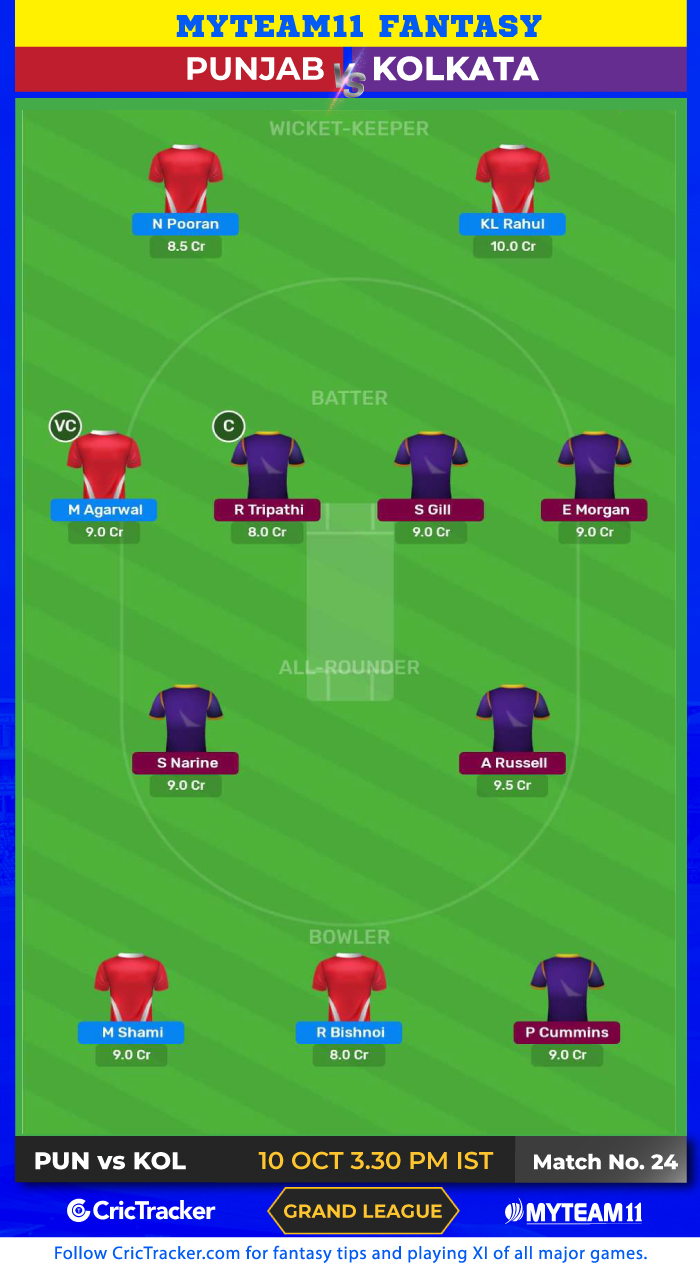 Chris Gayle is expected to be available for this game as he missed the last match due to food poisoning.

The weather will continue to be hot and sunny in Abu Dhabi. There is no chance of rain at all. The temperature will be around 34 Degree Celsius during the day time.

The pitch looks equally good for batting and bowling. Anything above 160 in the first innings is good to defend. It will turn slower as the game progresses.

Rahul Tripathi – Kolkata – Rahul Tripathi opened the innings for the first time this season and scored a brilliant 81 against a top bowling side. He looked to be in a brilliant touch under the conditions of Abu Dhabi. He has an average of 58.5 at a SR of 174.6 in two matches. He has a very good SR of 153.4 in the Powerplay while opening.

Nicholas Pooran – Punjab – Nicholas Pooran has been the lone warrior for Punjab in last couple of games he played. He is striking the ball at an SR close to 180. He scored a 17-ball fifty in the last game. He has a SR of 163 in this venue.

Kolkata  is expected to win this match.