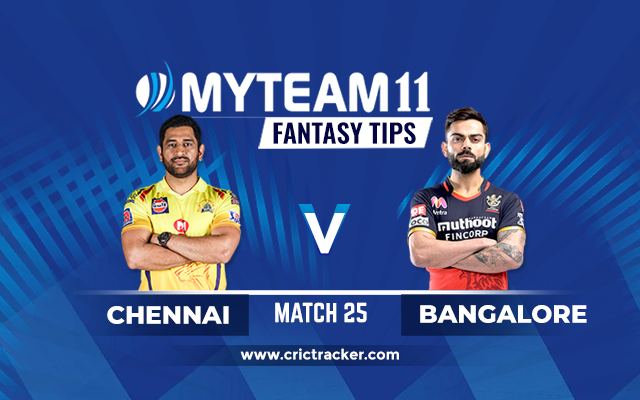 The 25th match of the Indian T20 League 2020 will be played between Bangalore and Chennai at Dubai International Cricket Stadium in Dubai. We have got the best Bangalore vs Chennai team prediction for today’s match.

Bangalore vs Chennai Match 25 is scheduled to start at 07:30 PM IST (06:00 PM local time) (02:00 PM UTC). The game will be telecasted on the Star Sports Network (Available in English, Hindi, Telugu, Tamil, Kannada and Bengali). Also, live streaming will be available on Disney+ Hotstar.

It is another double-header Saturday on the cards and Bangalore are taking on Chennai in the second match of the day. Bangalore has won three matches out of five so far. They are coming off a big loss of 59 runs against Delhi. Their batting is over reliant on top four batsmen. Their lower middle order is yet to give any match winning performance and make sure that they don’t lose this momentum from the first matches. With Chris Morris expected to come into the XI, they would like to start winning again.

On the other side, Chennai could not continue their winning streak in their last game as their middle order exposed once again and failed to get their team over the line. The top order batsmen are doing everything right but their middle order proved to be unable to strike the ball in the last over. They were tactically outplayed by Kolkata in the last ten overs of the game. However, they were good with the ball in the last couple of matches and will be hopeful to continue their good records against Bangalore. 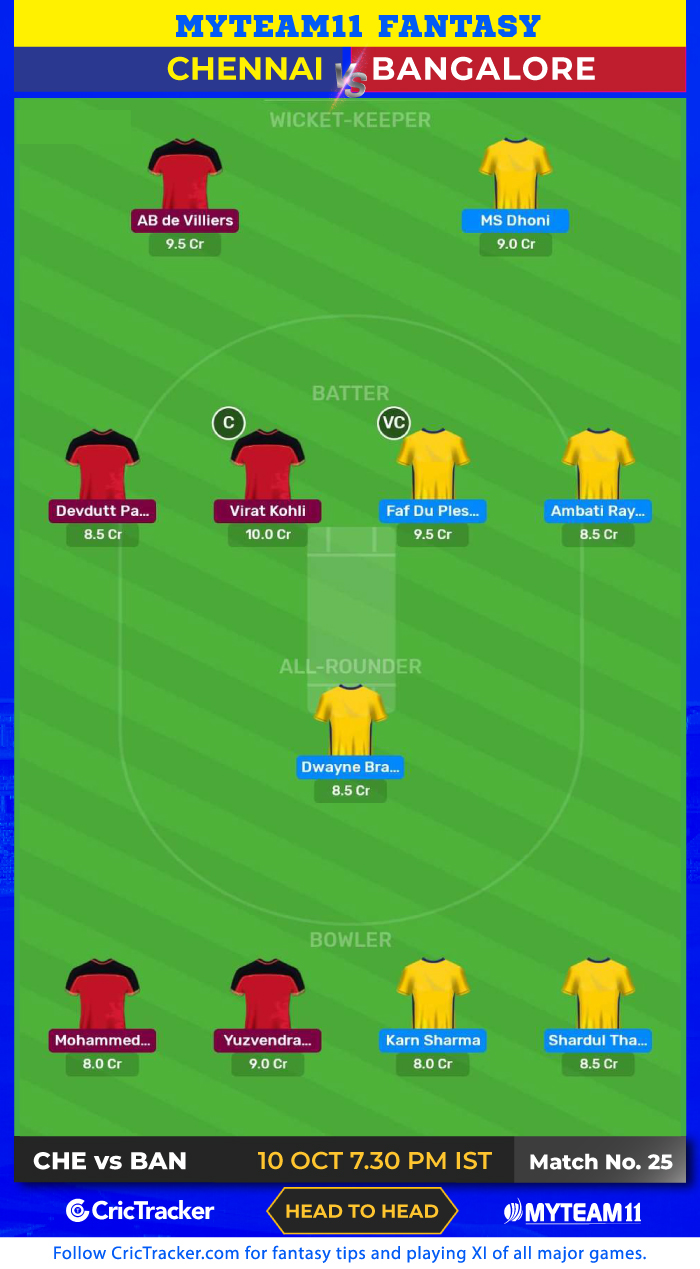 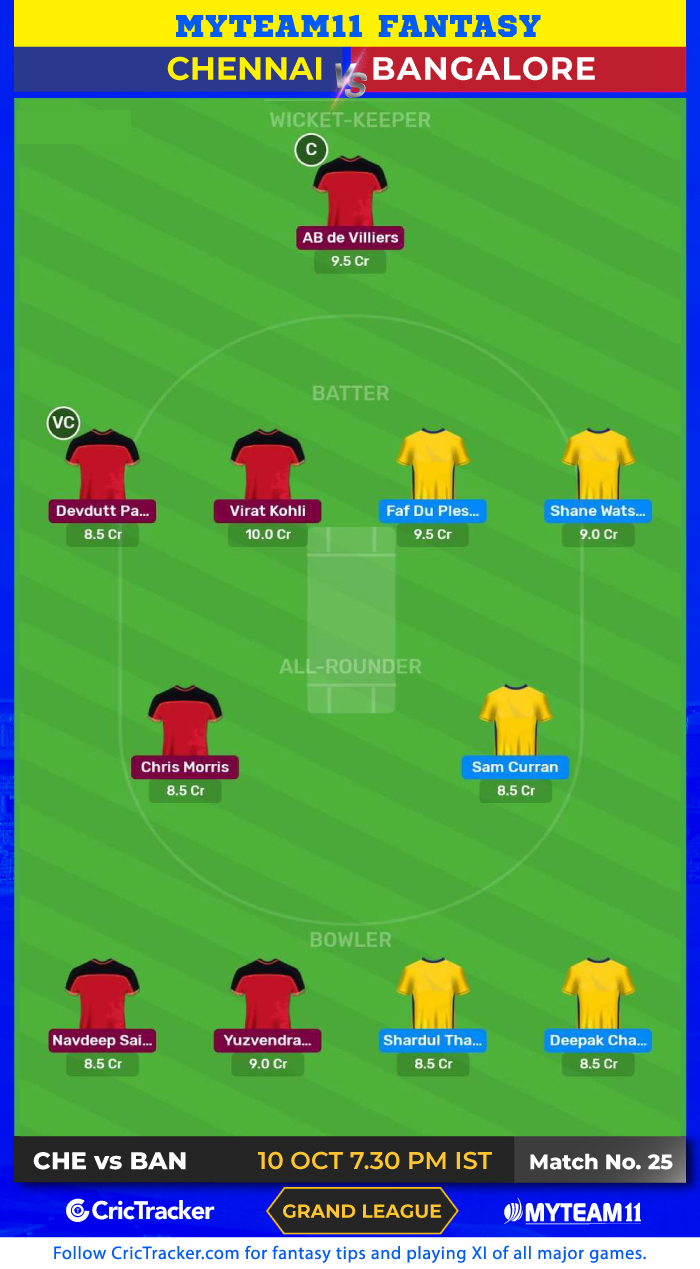 Virat Kohli confirmed that Chris Morris is available for this match.

Another good hot and humid evening awaits in Dubai. Dew will come into play during the later half of the innings. The temperature will be around 33-34 Degree Celsius.

Batting second has been difficult at this venue. Anything below 170 is under par score. However, it is turning out to be a good wicket to bat on, during the first half.

Virat Kohli – Bangalore – Virat Kohli is looking in good touch after a slow start in the season. He scored 43 and 72 in his last two matches.