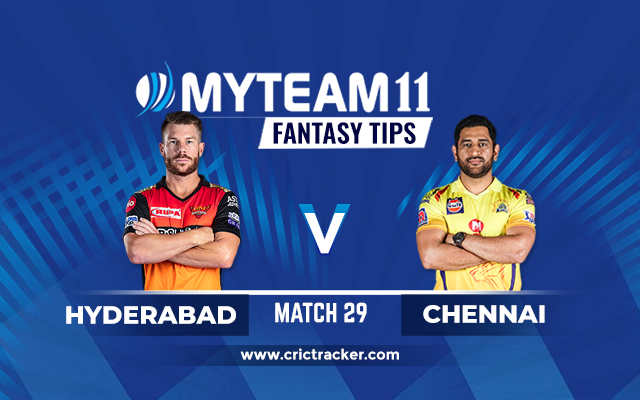 The 29th match of the Indian T20 League 2020 will be played between Hyderabad and Chennai at Dubai International Cricket Stadium in Dubai. We have got the best Hyderabad vs Chennai team prediction for today’s match.

Hyderabad vs Chennai Match 29 is scheduled to start at 07:30 PM IST (06:00 PM local time) (02:00 PM UTC). The game will be telecasted on the Star Sports Network (Available in English, Hindi, Telugu, Tamil, Kannada and Bengali). Also, live streaming will be available on Disney+ Hotstar.

Hyderabad are up against Chennai for the match 29 of the Indian T20 League in Dubai. Both the teams suffered a defeat in their last outing during the weekends. Hyderabad had a bad start of the tournament but won some crucial matches and are placed at fifth position in the points table. They have played seven games and won three out of them so far.

Some consistent performance from both the openers and Kane Williamson with Manish Pandey in the middle overs certainly changed their fortunes in batting. However, they failed to defend the total in their last match despite removing all the big star batsmen early. Hyderabad won the last contest against Chennai earlier this season and will be hoping to make it two in a row against them.

On the other hand, Chennai has only two wins in seven games. They are placed at the seventh position on the ladder. They have been fine with the ball but their poor intent with the bat is seems to be the major reason of their poor season so far. However, the well known spin unit is yet to deliver for the team and will be expecting to do so on this Dubai pitch which is getting slower and slower at last.

The new man Jagadeesan has also shown some kind of batting form in the middle last Saturday. They have been in this situation before and with a team which possess so much experience will be hopeful to get that outside chance from here. 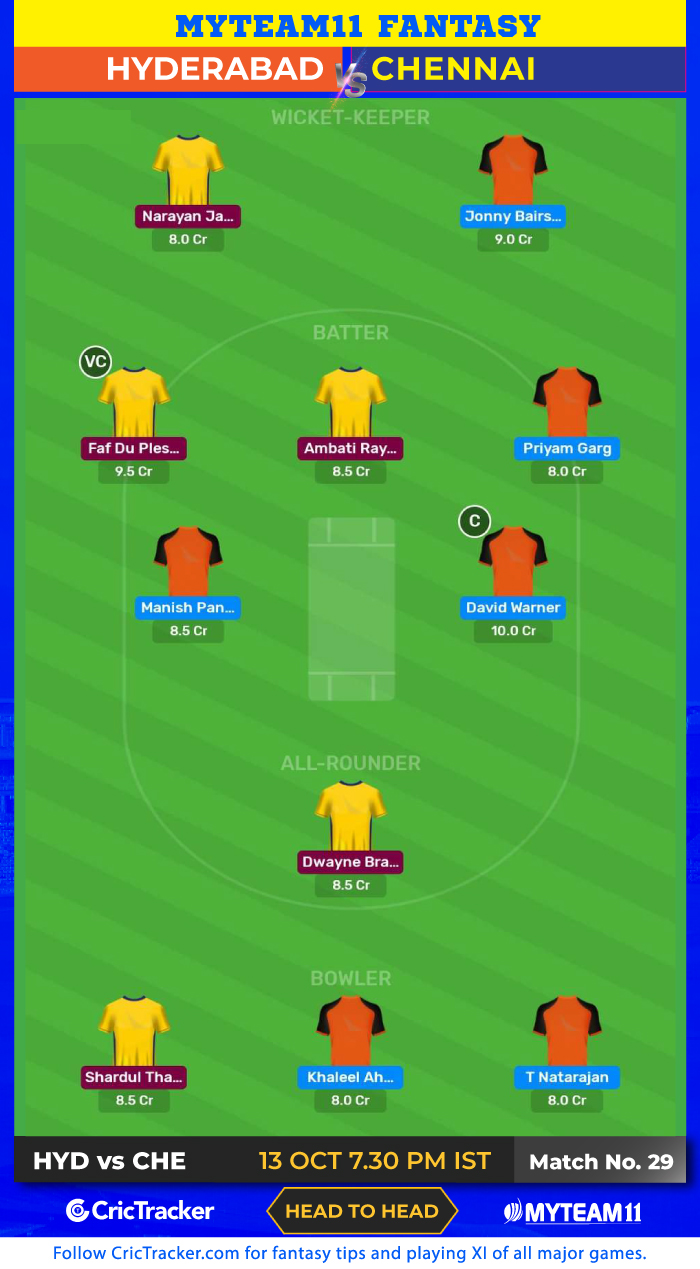 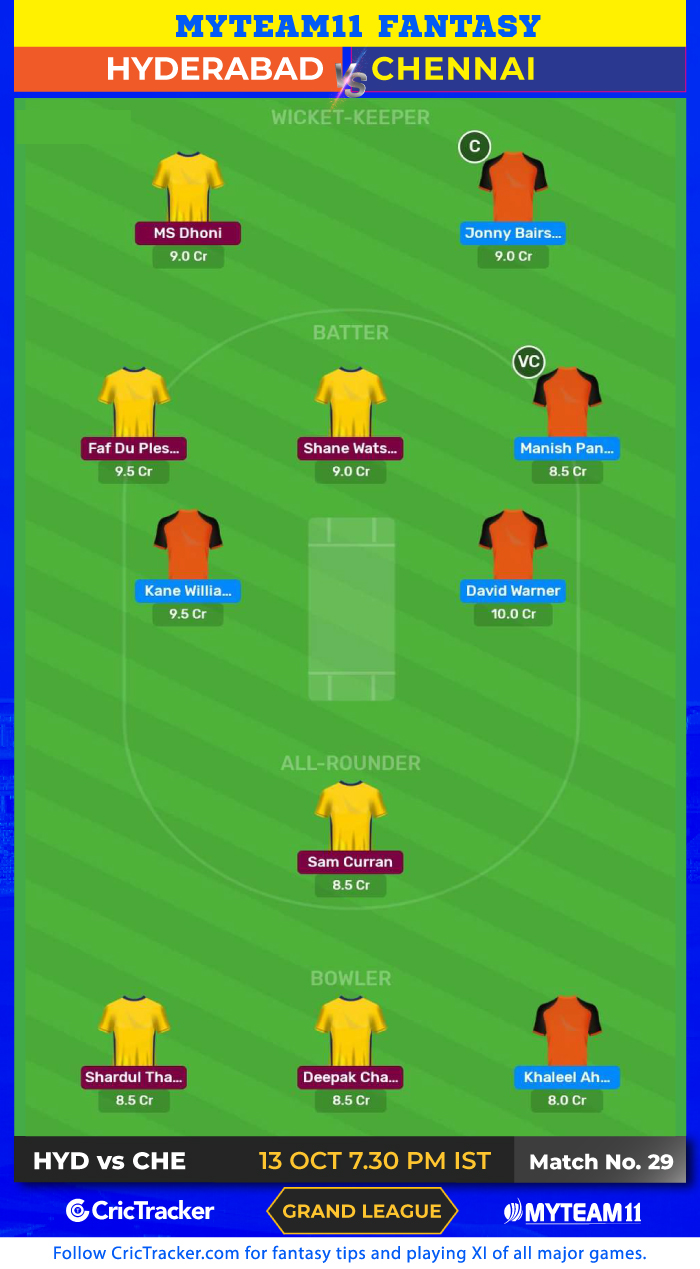 (Will be added if there is an update)

The weather looks good for a cricket match. The temperature will be around 34 Degree Celsius with zero chances of rain. Dew factor will come into play in the second half of the match.

The pitch at Dubai has been good to bat on lately. It has been difficult to score against the new ball but with time, it is expected to be easier to play in the end. Batsman needs to spend some time to enjoy some runs in the end.

MVP for MyTeam11 Fantasy from each tea

David Warner – Hyderabad –  David Warner is the fourth highest run-scorer in the league at the moment. He has 275 runs at an average of almost 40. He scored two consecutive half centuries last season and was in good touch in the last match against Chennai.

Faf du Plessis – Chennai – Faf du Plessis is the third highest run-scorer in this season so far. He has been looking in great touch and has played some big innings against Hyderabad in the past.