Ambati Rayudu is still not available for Chennai. 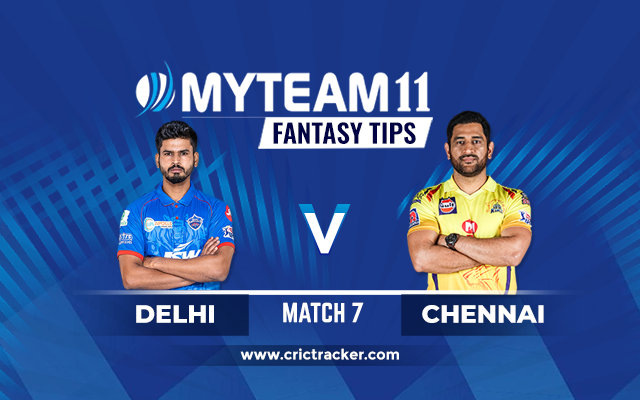 The 7th match of the Indian T20 League 2020 will be played between Chennai and Delhi at Dubai International Cricket Stadium in Dubai. We have got the best Chennai vs Delhi team prediction for today’s match.

Chennai vs Delhi Match 7 is scheduled to start at 07:30 PM IST (06:00 PM local time) (02:00 PM UTC). The game will be telecasted on the Star Sports Network (Available in English, Hindi, Telugu, Tamil, Kannada and Bengali). Also, live streaming will be available on Disney+ Hotstar.

The 7th match of Indian T20 League 2020 will be played between Chennai and Delhi in Dubai. Chennai started their campaign with a win in the season opener against the defending champions, Mumbai. But they suffered a shocking defeat in their second encounter against Rajasthan in Sharjah. In this match, they would like to solve their batting order problem and would expect for MS Dhoni to bat at four or five. However, a poor show by their spinners and an awful last over proved to be the difference that night.

On the other side, Delhi played their first game in Dubai and are better aware of the conditions than Chennai. They would like to put up a clinical performance in this game as they were lucky enough to steal the victory from Punjab in their first game with a super over. They will be hoping for a more stable start from their top order and last match’s game changer, Marcus Stoinis to continue the winning momentum. 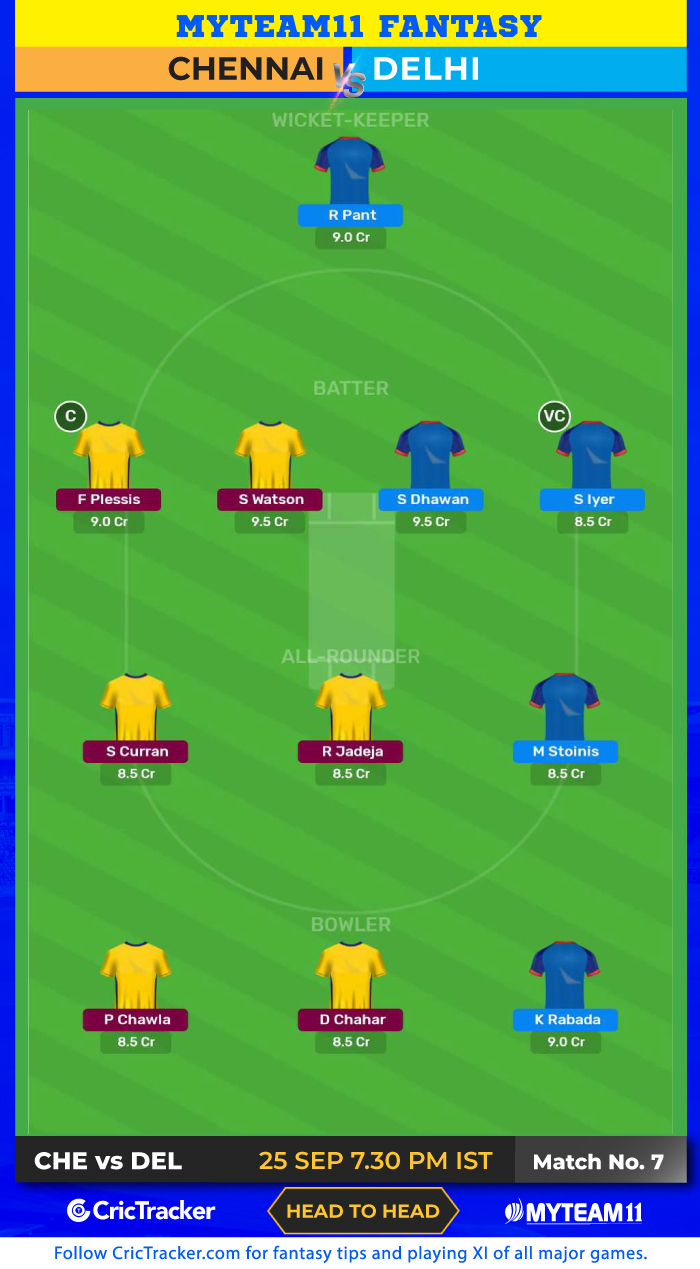 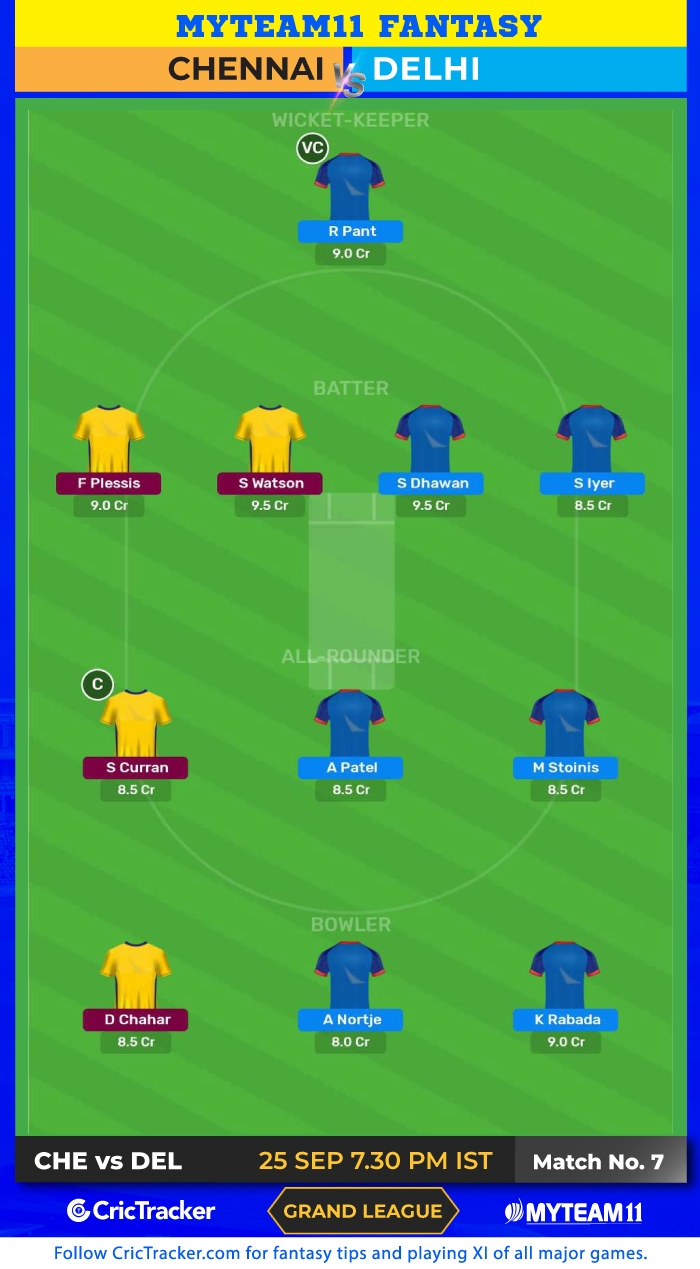 Ravichandran Ashwin suffered a shoulder injury in the middle of the last match. His availability against Chennai is still uncertain.

Ambati Rayudu missed the last match because of a hamstring injury and unlikely to start.

DJ Bravo will be considered for selection for this encounter.

Ishant Sharma is still recovering and will not be available for upcoming few matches.

There are zero chances of rain in Dubai during the course of the game and the temperature is expected to be around 35 Degree Celsius. The dew factor might come into play in the second innings.

By looking at the first two matches in Dubai, the pitch has something in it for both batsmen and bowlers. Batting first proved to be more helpful to win in the first two games of the tournament.

Faf du Plessis – Chennai – Faf du Plessis has the most runs in the tournament till now. He has proven to be a perfect for the conditions in UAE. He scored an unbeaten half century against Mumbai and almost made them won against Rajasthan with a 37-ball 72. Moreover, he has 222 runs against Delhi and will be crucial again in Dubai.