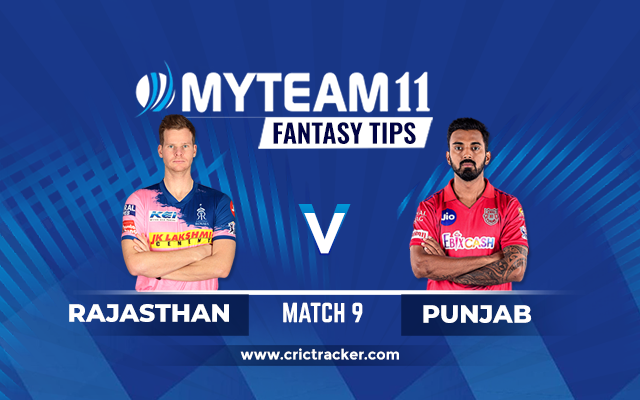 The 9th match of the Indian T20 League 2020 will be played between Rajasthan and Punjab at Sharjah Cricket Stadium in Dubai. We have got the best Rajasthan vs Punjab team prediction for today’s match.

Rajasthan vs Punjab Match 9 is scheduled to start at 07:30 PM IST (06:00 PM local time) (02:00 PM UTC). The game will be telecasted on the Star Sports Network (Available in English, Hindi, Telugu, Tamil, Kannada and Bengali). Also, live streaming will be available on Disney+ Hotstar.

The 9th match of Indian T20 League 2020 will be played between Rajasthan and Punjab at Sharjah. Both the sides are coming off their first win in their respective campaigns and will be keen to step on the field yet again. Rajasthan defeated Chennai on a batting paradise, where they were asked to bat first.

The top-order stepped up to give a quick start followed by a 30-run final over finish by Jofra Archer. Their bowlers will be brimming with confidence by defending a total on a belter at Sharjah and would like to improve where they need to. With Jos Buttler coming back to the team, Rajasthan will be happy to get going and seal the victory to make it two in a row at Sharjah.

Punjab, on the other side, played well in the first two games in Dubai, which included a heartbreaking first game followed by a 97-run victory over a batting giant like Bangalore. The way their top order batsmen have played in the first two games, they will be eager to step on a track like Sharjah.

However, their middle is yet to perform which includes the likes of Glenn Maxwell and Nicholas Pooran. Considering the short boundaries at Sharjah Cricket Ground, over-reliant on Mohammed Shami could prove to be a problem for them. Their spin unit played a key role in the last game and would like to overcome the challenges against another batting giant like Rajasthan, to register their second win of their campaign. 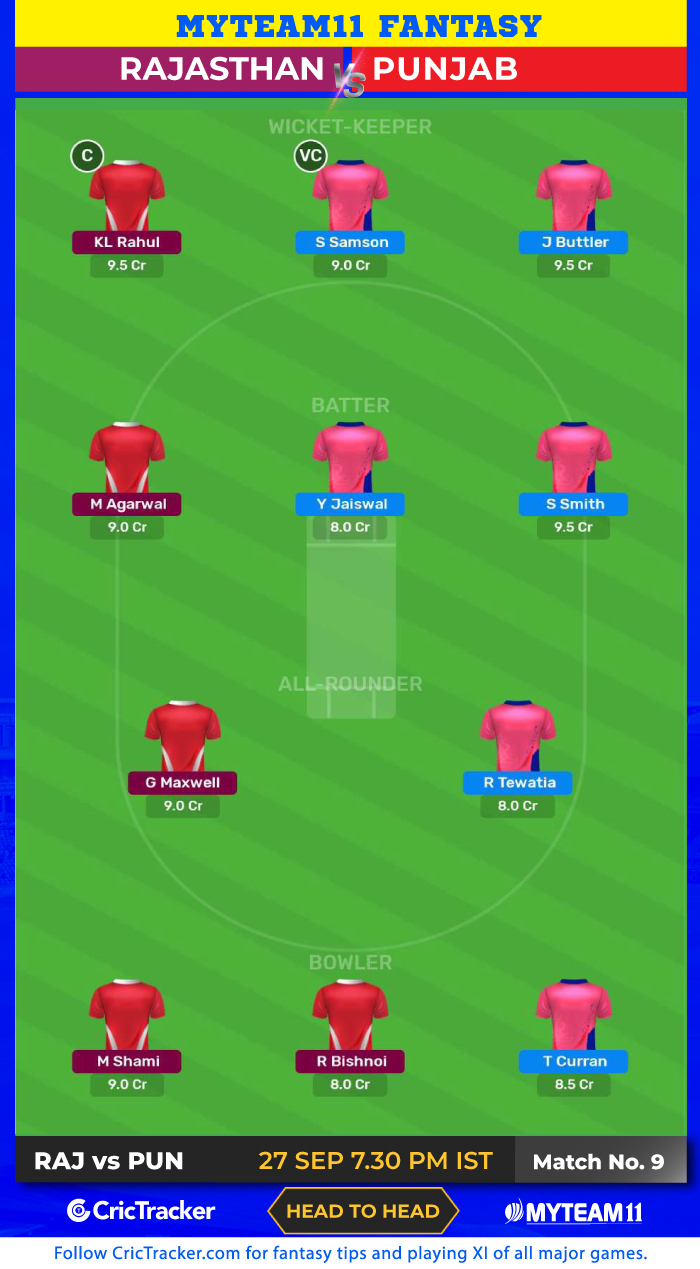 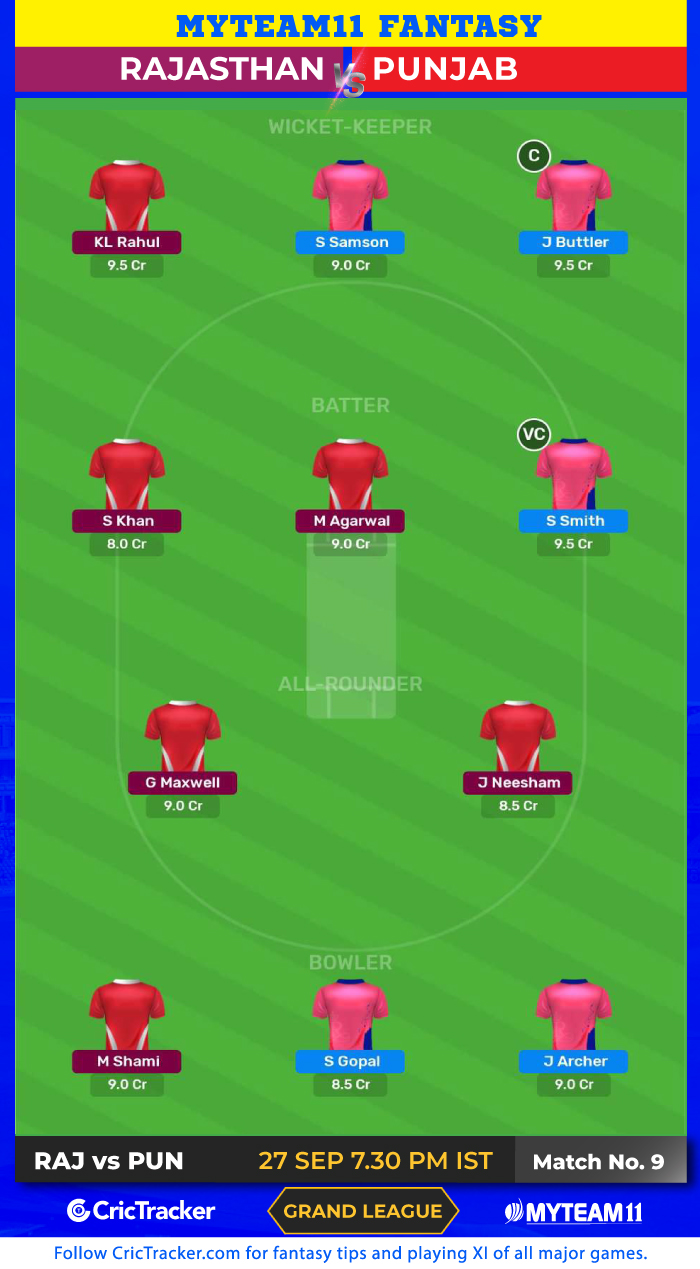 Jos Buttler missed the last match due to his quarantine period and is now ready to go against Punjab.

The weather looks good for a cricket match with no chances of rain at Sharjah. The temperature is expected to be around 34 Degree Celsius during the course of the game.

The pitch at Sharjah looks like a batting paradise and bowler’s graveyard. The dimension of the ground will make it even worse for the bowlers. Another high-scoring game awaits.

Sanju Samson – Rajasthan – Sanju Samson is in red hot form, scored 74 with a SR of 231.2 runs in the first matches with the help of nine sixes. He has a SR of 190.9 at Sharjah in the Indian T20 League at an average of 63. By looking at the Punjab spin unit, he will be crucial against them.

KL Rahul – Punjab – KL Rahul scored a brilliant century against Bangalore in the last match and has broken a lot of records. He has an average of 117.5 against Rajasthan in the last two seasons which includes three half centuries at a SR of 134.3. He is currently the second highest run-scorer in the tournament at a SR of 173.86.

Punjab is expected to win this match.