Sunrisers Hyderabad lead the head-to-head battle against the Delhi Capitals by a 9-6 margin. 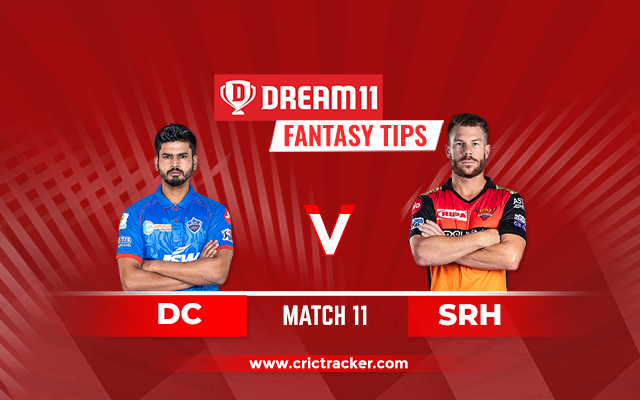 The 11th match of the Indian Premier League (IPL) 2020 will be played between Delhi Capitals and Sunrisers Hyderabad at the Sheikh Zayed Stadium, Abu Dhabi.

The Delhi Capitals are on a roll in this edition of the Indian Premier League (IPL). They have started off the tournament really well with two back-to-back wins. While they edged Kings XI Punjab (KXIP) in the Super Over in the first game, they marauded the Chennai Super Kings in their second registering a 44-run win. In their quest of a hat-trick of wins, they are set to take on the Sunrisers Hyderabad in the upcoming match of IPL 2020.

On the points table, the Sunrisers Hyderabad are on the opposite end of the spectrum. Thus far, out of the eight teams, they are the only ones who haven’t registered a victory as yet. They have had issues both with their batting as well as bowling and hence require their senior players to step up and help them get off the mark.

A hot and humid evening will greet the players on Tuesday evening. Thus far in the tournament, the fitness levels of the cricketers have been thoroughly tested by the weather conditions.

The pitch at this venue is a decent one for batting. While the spinners will get some assistance, the pacers should look to make the best use of the new ball.

166 (All games played at this venue in this tournament)

As a precautionary measure, Ravichandran Ashwin is set to be rested for 2 or 3 games more. Hence, he will be missing this encounter.

Manish Pandey wobbled off the field during the last game holding his hamstring. There is no update on his injury as of yet.

Manish Pandey scored 85 runs in two games including a half-century and averages nearly 43.

Prithvi Shaw seemed to be in fine touch in the game against CSK after an early reprieval when a caught behind went unnoticed. He scored 64 runs in that match.

Jonny Bairstow, even though he missed out in the last match, scored 61 runs in the first game and has been timing the ball well.

Axar Patel has been highly economical with the ball giving away just 4 runs per over so far and has also picked up two wickets.

Rishabh Pant accumulated 31 runs in the first game and 37 runs in the second. He’s been doing a good job for his team in the middle order and has also been good behind the stumps.

Anrich Nortje has had a good tournament with the ball and picked up two wickets in two games while maintaining an economy rate under 7.

Shreyas Iyer scored 65 runs in two games and is also due for a big knock in the tournament. 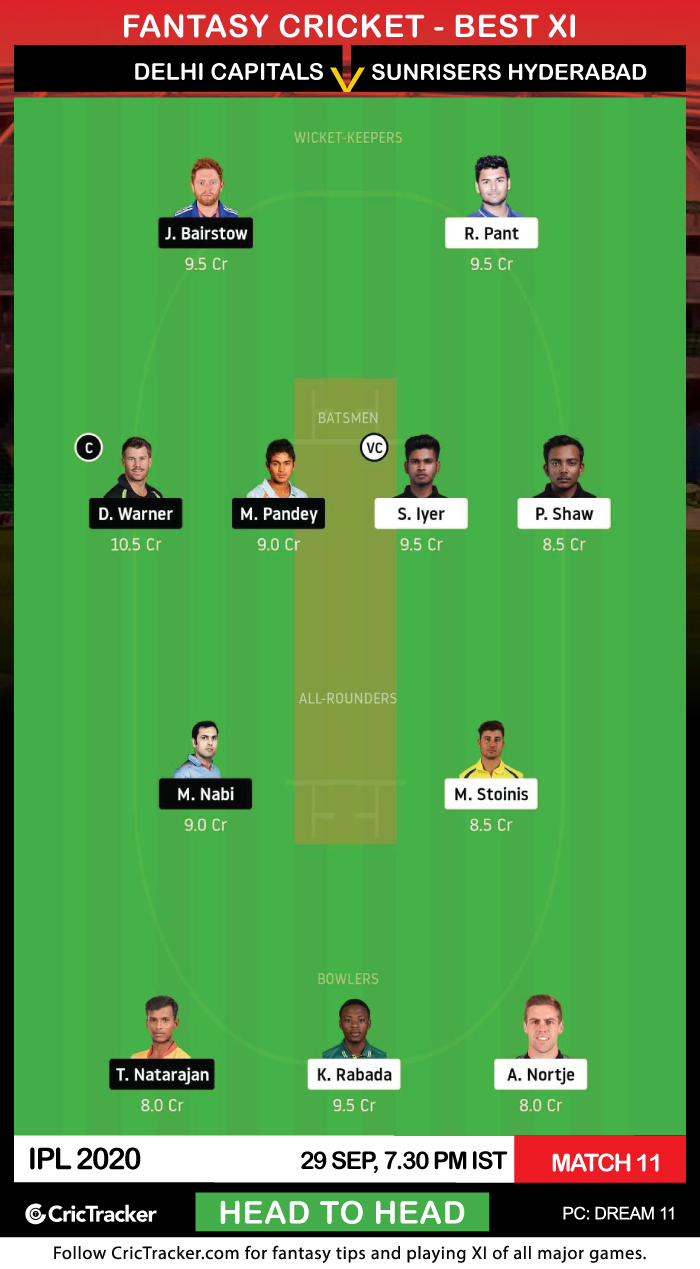 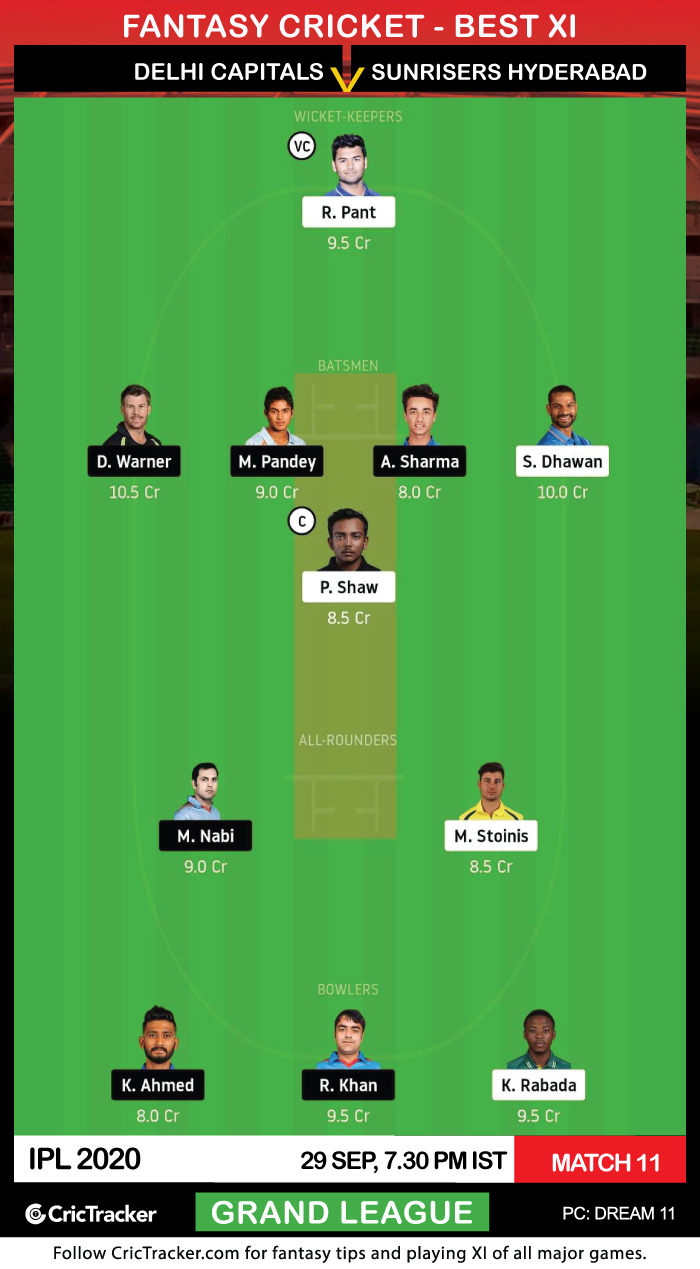 With the pitch being a sporting one, it is better to have a good balance between the number of players from each category while picking your Dream11 Fantasy team.

Delhi Capitals are predicted to win this encounter.