Both Rajasthan Royals and Kolkata Knight Riders won 10 games each out of the 21 they played while one match yielded no result. 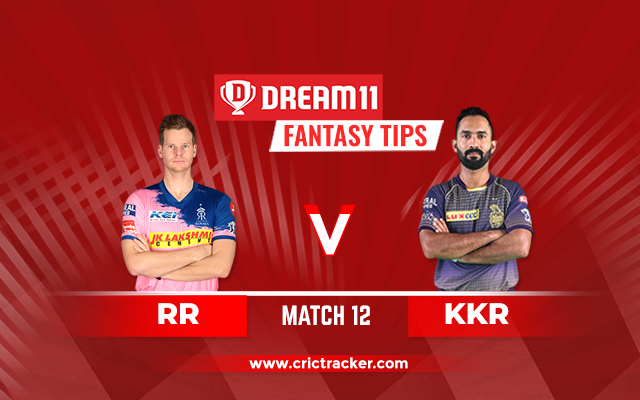 The 12th match of the Indian Premier League (IPL) 2020 will be played between Rajasthan Royals and Kolkata Knight Riders at the Dubai International Cricket Stadium in Dubai.

The Rajasthan Royals are set to square off against the Kolkata Knight Riders in the upcoming game of the IPL 2020. Thus far in the tournament, the Royals have been indomitable winning both the games that they played. They pulled off an unbelievable victory in the last match against the Kings XI Punjab (KXIP) which would have been a massive morale-booster. However, for the first time in the tournament, they would be playing away from Sharjah – a venue where they have been highly successful.

Their opponents in the game, the Knight Riders, got back to the winning ways after losing their first match. They were highly comprehensive against the Sunrisers Hyderabad (SRH), but the NRR is one area they would look to improve upon. In this game, RR would be eager to prove their prowess outside Sharjah while KKR would fancy carrying the winning momentum forward and possibly shocking the ‘Men in Pink and Blue’.

Nothing much changes in terms of the weather for this game. It will be a hot day and the humidity levels will climb as the evening progresses. Moreover, it will be quite breezy at the venue.

The Dubai International Cricket Stadium has witnessed two thrillers already this season. The last game played at this venue ended in a tie, with the Royal Challengers Bangalore (RCB) eventually winning it in the Super Over. Hence, thus far, the teams chasing haven’t won a game yet. The pitch here is very good for batting.

180 (All the games played at this venue in this tournament)

Sanju Samson scored 159 runs in two games while he maintained an average of 80 and a strike rate of 215.

Shubman Gill proved his skill and talent in the last game with a brilliant 70 not out and managed to hit the ball to all the corners of the park.

Eoin Morgan mustered 58 runs in two matches including an unbeaten 42 in the last encounter.

Steve Smith is the second-highest run-scorer for RR thus far with 119 runs in two games. His average and strike rate are 60 and 161 respectively.

Jos Buttler, who played his first game in the last match, only managed to score 4 runs. But he is a game-changer in this format of the game and you must have him in your team.

Andre Russell has picked up two wickets in two matches but managed to score just 11 runs in the only innings that he batted. 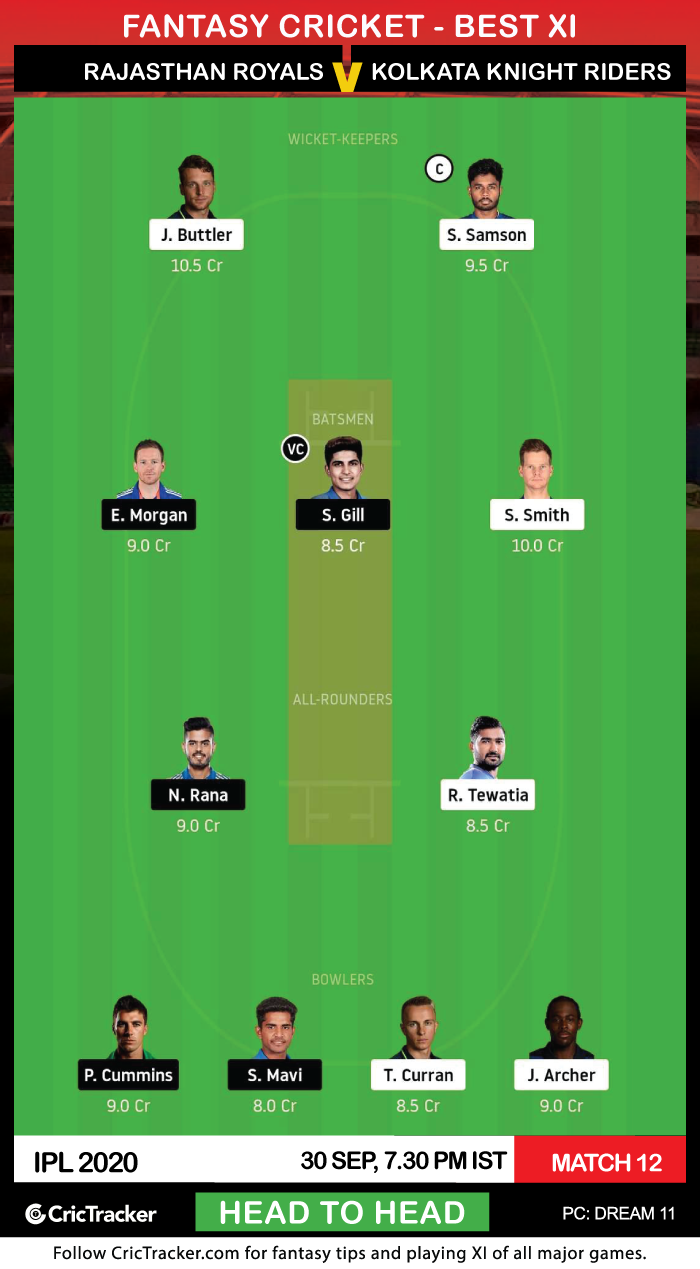 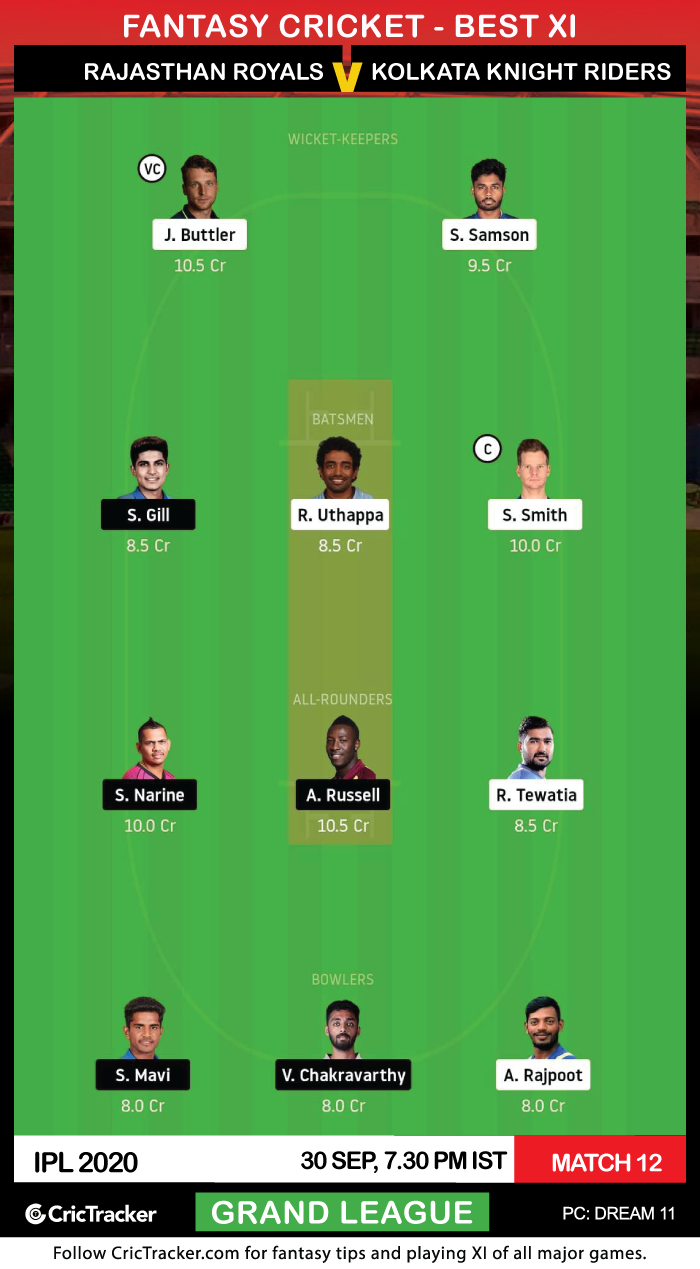 To have Andre Russell in the side, picking some budget picks gets inevitable as credits are a constraint. It is better to make those sacrifices in the Grand League team rather than the Head-to-Head team.