Mumbai Indians lead the Head-to-Head race against Kings XI Punjab by a slight margin of 13-11. 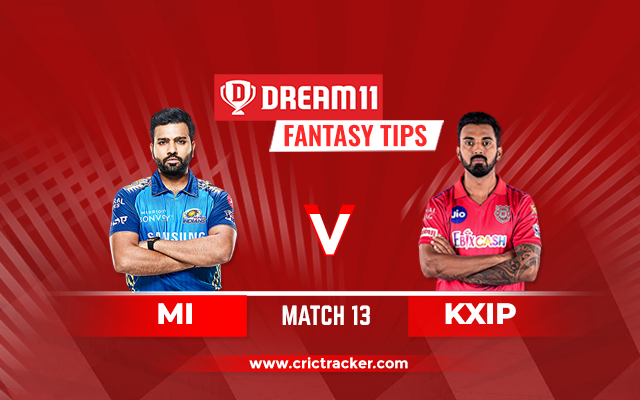 The 13th match of the Indian Premier League (IPL) 2020 will be played between Kings XI Punjab and Mumbai Indians at the Sheikh Zayed Stadium, Abu Dhabi.

The Kings XI Punjab will be back on the field once again during the IPL 2020, this time, to take on the Mumbai Indians. In three games thus far, the Kings lost two and have got themselves to blame for the loss against Rajasthan Royals (RR) in Sharjah. They would be moving to another new venue in the tournament for this match while the Mumbai Indians already played a couple of games in Abu Dhabi.

Rohit Sharma and his men also do not have the winning momentum on their side as they gear up for this game. They did everything they possibly could against the Royal Challengers Bangalore (RCB) but failed to deliver in the super over. Thus, both these sides will be eager to get back to the winning ways. It is going to be a wonderful chance at redemption for both of them and they are expected to compete hard.

The temperature will be around 34 degrees Celsius at the start time of this game and will go down slightly as the evening progresses. While there is no chance of precipitation, the humidity levels will be high.

The track at Abu Dhabi has enough on offer for both the batsmen and the bowlers. With long boundaries, the teams should focus more on twos and threes. From what Shreyas Iyer said after the last game, the pitch was two-paced in the second half with the odd-ball holding up.

165 (At this venue thus far in the tournament)

KL Rahul has been in splendid form this season and mustered 222 runs in 3 games at an average of 111.

Rohit Sharma scored 100 runs in 3 games for MI thus far. While he is nowhere near his best, the right-hander is just a knock away from getting back to his best.

Ishan Kishan stunned everyone with an unbelievable knock in the last game and raced his way to 99 runs.

Mayank Agarwal is playing some beautiful shots in the tournament which have been a treat to the eye. He scored 221 runs in 3 games at an average of 74.

Mohammed Shami is amongst the leading wicket-takers in the tournament with 7 scalps from 3 games.

Trent Boult has been the pick of the bowlers for MI with 5 wickets in 3 matches and has got an economy rate under 8.

Kieron Pollard scored 91 runs at a strike rate over 200 and also picked up a wicket in the tournament. 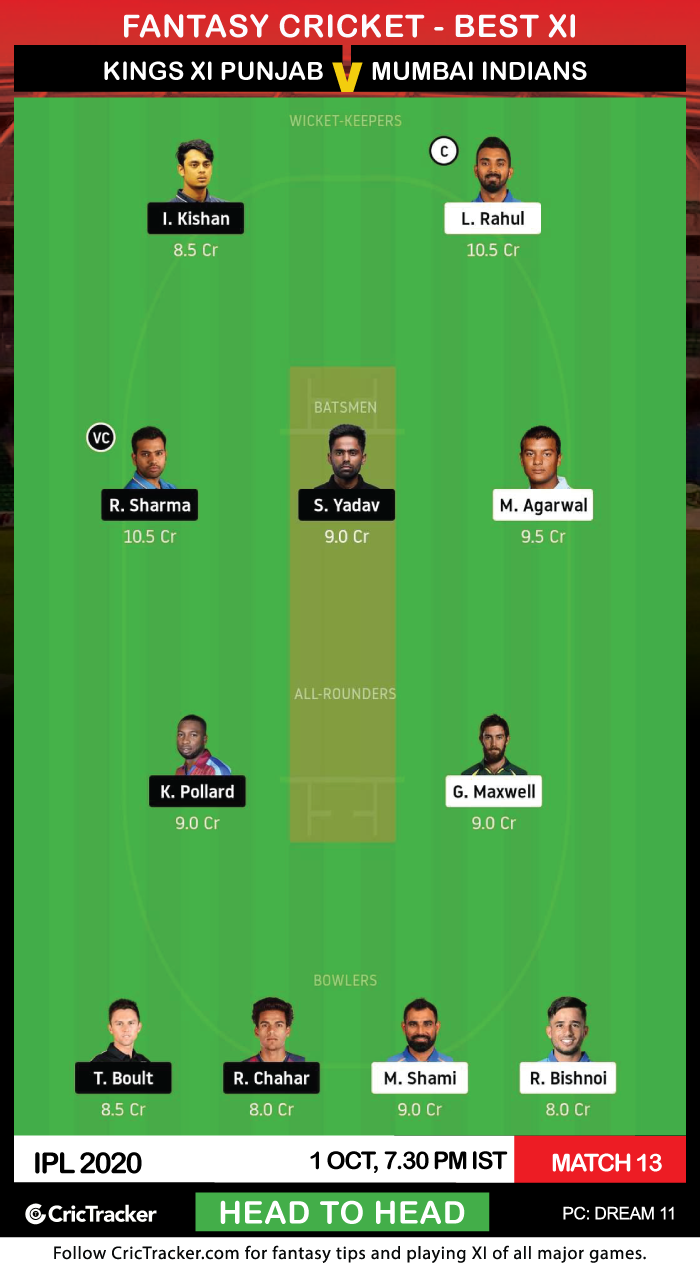 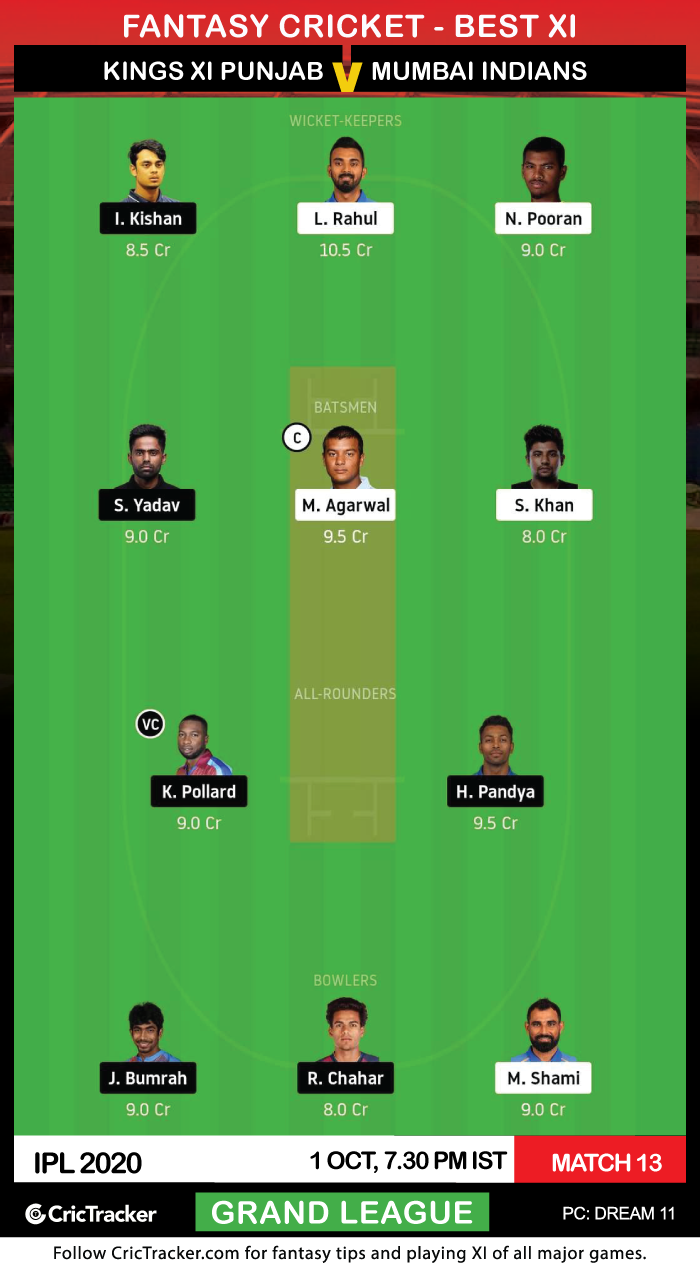 Rohit Sharma could be slightly sceptical against the left-arm pace of Sheldon Cottrell. Since 2018, he was dismissed on four occasions by left-arm pacers.

Kings XI Punjab are expected to win this match.