Mumbai Indians and Sunrisers Hyderabad have a fabulous head-to-head record going with both the teams winning 7 games each so far. 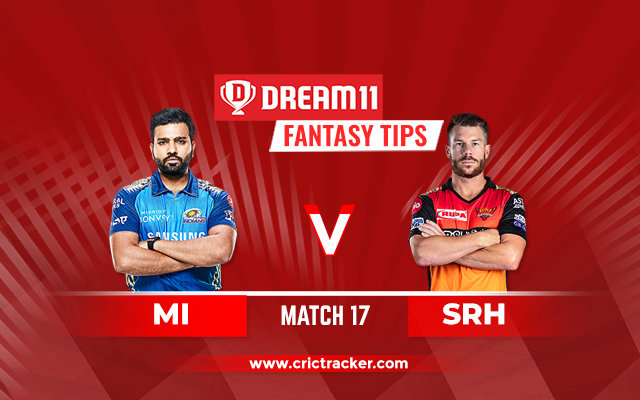 The 17th match of the Indian Premier League (IPL) 2020 will be played between Mumbai Indians and Sunrisers Hyderabad at the Sharjah Cricket Stadium, Sharjah.

With two wins in four games, the Mumbai Indians (MI) seem to be on the course to make it big once again this season. Their performances in the last three games have been brilliant. While they defeated the Kolkata Knight Riders (KKR) and Kings XI Punjab (KXIP) by big margins, they fell marginally short against the Royal Challengers Bangalore (RCB). At this stage, they would be quite pleased with where they are placed and would fancy carrying on that winning momentum.

MI will square off against the Sunrisers Hyderabad (SRH) in the first game of the double-header on Sunday. After losing two games back-t0-back, the Sunrisers seem to have got back on the track. The team won their last two games against the Delhi Capitals (DC) and the Chennai Super Kings (CSK). With rejuvenated confidence and considering the fact that they have got a decent record against the Mumbai Indians, the ‘Men in Orange’ will look to make it a hat-trick with a win in this match.

With the temperature touching 36 degrees Celsius in the afternoon, it is going to be a hot afternoon in Sharjah. It will be quite windy as well.

This is that kind of pitch which will get the batsmen licking their lips. The ball comes on nicely and the ball travels over the ropes quite comfortably here.

Bhuvneshwar Kumar seemed to have pulled his hamstring in the last game and could be rested for this match.

Rohit Sharma has been in great form this season scoring 170 runs in four games at an average of 43 and a strike rate of 145.

Kieron Pollard has been striking the ball at a rate of 213 this season and has mustered 138 runs so far. He could be ruthless in Sharjah.

Jonny Bairstow is the leading run-scorer for the Sunrisers Hyderabad with 119 runs in 4 matches.

David Warner has been disappointing this season with only 115 runs in 4 matches. The left-hander is due for a big knock which could be coming in the upcoming game.

Rahul Chahar picked up 6 wickets from 4 games this season. Even though the conditions in Sharjah could be tough, he is expected to pick up a wicket at least.

T Natarajan, on a small ground like the one in Sharjah, could be quite impactful with his yorkers. He has got 5 wickets from 4 games thus far. 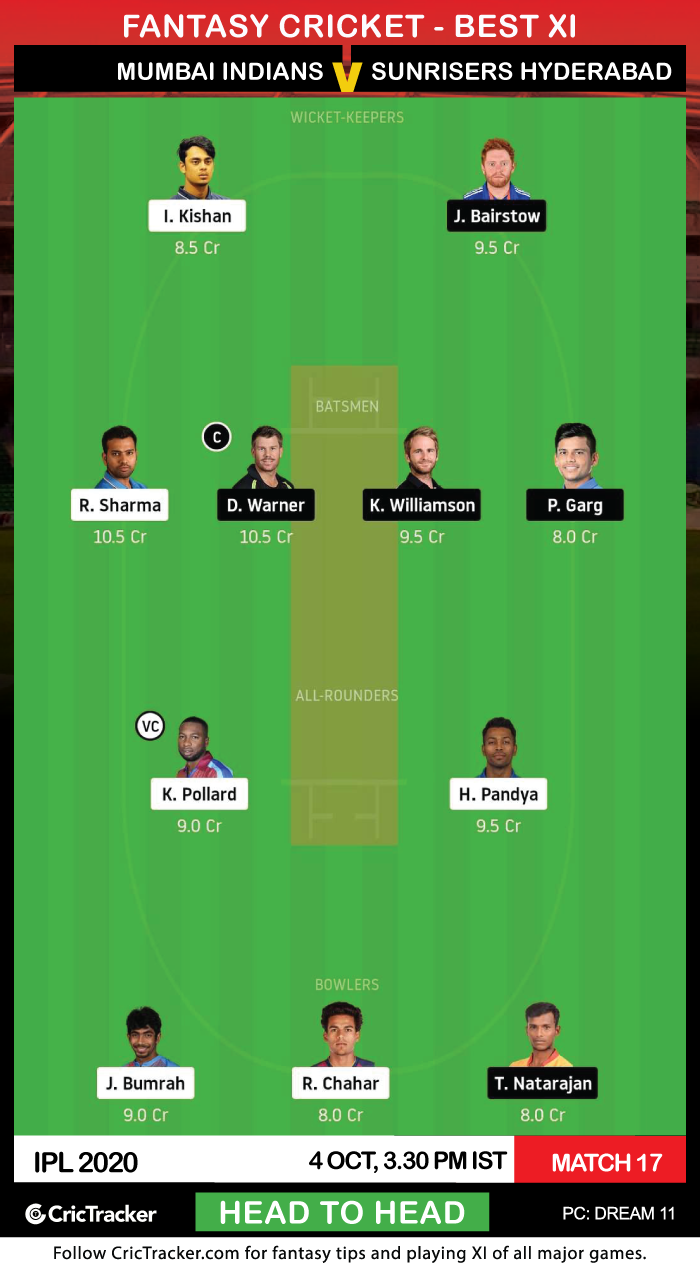 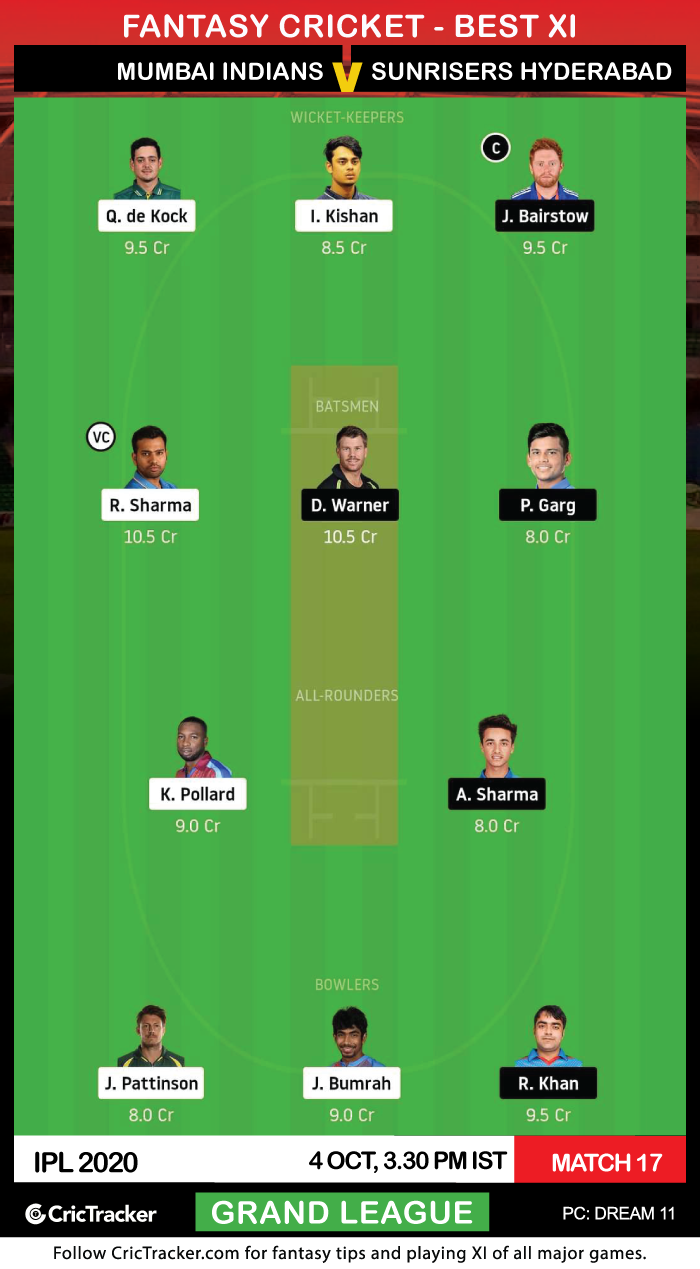 Manish Pandey isn’t a big hitter of the ball. Thus, he isn’t picked in both these teams. However, you should go with him in any of your other Grand League teams.

Because of the injury concern, Bhuvneshwar Kumar isn’t picked in both sides. If he is playing, you must pick him.

Mumbai Indians are expected to win this game.