The Royal Challengers Bangalore have defeated the Delhi Capitals in 14 out of 23 games while one match yielded no result. 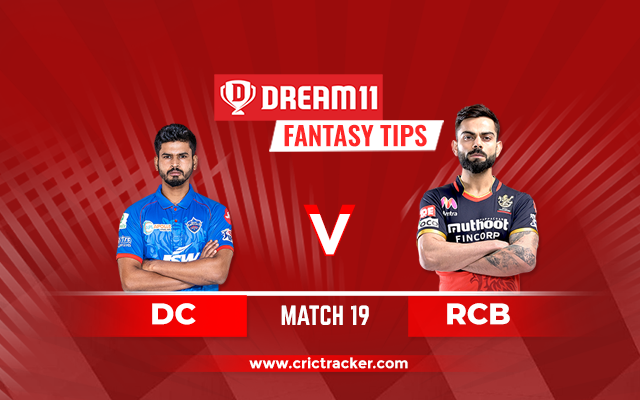 The 19th match of the Indian Premier League (IPL) 2020 will be played between Royal Challengers Bangalore and Delhi Capitals at the Dubai International Cricket Stadium, Dubai.

After some dismay and frustrating performances in the last three seasons, the Royal Challengers Bangalore (RCB) seem to have found their best combinations at last in this season. With some new additions to their side and with a few changes in the leadership group with Simon Katich and Mike Hesson coming in, they have got back on track. The team managed to win three out of their first four games this season and are placed at a very good position on the points table.

However, in their upcoming match, they will be facing the Delhi Capitals (DC). The Capitals have been just as good as the Challengers, if not better. They won their first two matches before the Sunrisers Hyderabad (SRH) thumped them. However, they bounced back with an 18-run win against the Kolkata Knight Riders (KKR) and surely have one of the best bowling line-ups in IPL 2020. They would be confident about restricting RCB and registering a victory.

In the last couple of days, the temperature levels have eased down during the evenings. The strong winds blowing around have also helped and have provided some relief to the players.

This is a venue where no team batting second won thus far even though a couple of games ended in a tie. The pitch is good for batting in the first half and tends to slow down slightly during the second innings.

Virat Kohli, after a slow start in the tournament, bounced back with an unbeaten 72 in the last match and seems to have found his touch and confidence back.

Shreyas Iyer has been the man in form for the Delhi Capitals with 170 runs in 4 games including an unbeaten 88 in the last match.

AB de Villiers has mustered 146 runs in 4 encounters while maintaining an average of 73 and a strike rate of 178.

Yuzvendra Chahal is one of the most important bowlers for RCB and has picked up 8 wickets from 4 games. His economy rate is just 7.18.

Kagiso Rabada also accounted for 8 wickets from 4 games and his economy rate is a tad under 8.

Devdutt Padikkal has already got three fifties in four games and has mustered 174 runs thus far. His strike rate in the tournament is 135.

Prithvi Shaw, whenever he’s got going, has ensured that he puts up a big score. In 4 matches, he scored 137 runs including two fifties. 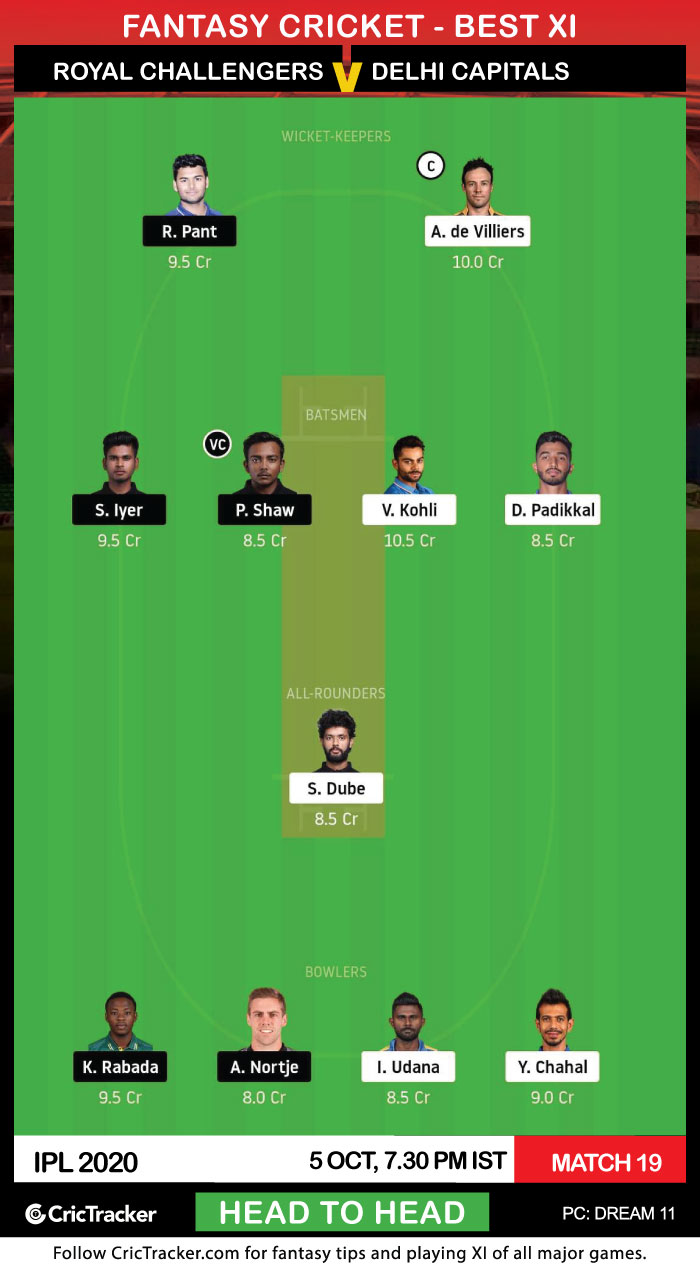 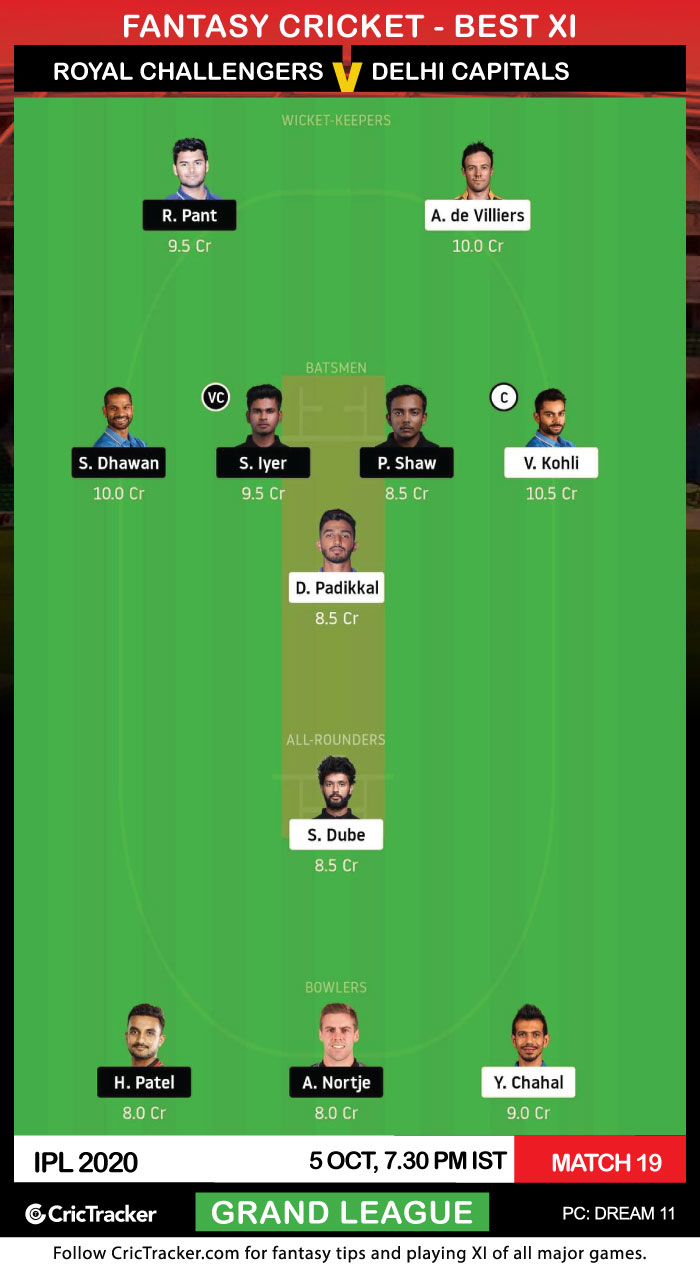 Kagiso Rabada and Yuzvendra Chahal have been doing a great job with the ball. You can take a chance by having them as the multipliers in the Grand League teams.

Delhi Capitals are expected to win this match.