Mumbai Indians and Rajasthan Royals, who played each other on 21 occasions, won 10 games each while one match yielded no result. 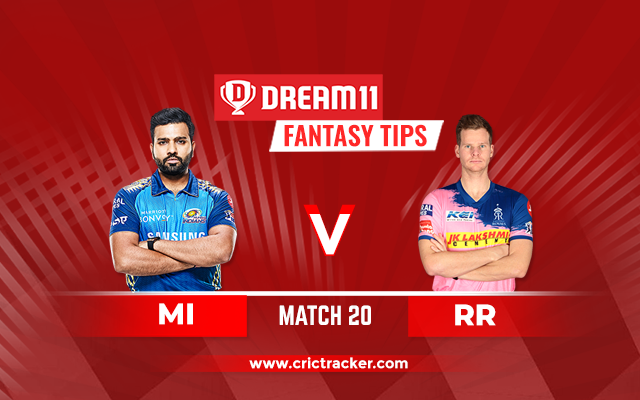 The 20th match of the Indian Premier League (IPL) 2020 will be played between Mumbai Indians and Rajasthan Royals at the Sheikh Zayed Stadium, Abu Dhabi.

The Defending Champions, Mumbai Indians, got the ball rolling this season with three wins in five games. Unlike in some of the other seasons, they did not start this season off on a slow note. Moreover, their NRR at this stage of the tournament is +1.214. In all the three games that they won, MI got over the line by huge margins. In the upcoming encounter, they will be taking on the ‘Men in Pink’ – the Rajasthan Royals (RR).

The Rajasthan Royals were highly dominant in the first two games they played in Sharjah. However, in Dubai and Abu Dhabi, the team bagged big losses in their last two matches. Both the Kolkata Knight Riders (KKR) and the Royal Challengers Bangalore (RCB) completely influenced these games and didn’t give RR a chance. For them, it is important to get a knack of these conditions sooner rather than later. Otherwise, they would be finding themselves in a tough spot right after the first half of the tournament.

The humidity levels during the game will be in the late 60s. Like on most of the other days, the temperatures will hover around 33 degrees Celsius while there will be strong winds blowing around.

Given that the top-order batsmen take about 10 or 15 balls initially, the sailing should get smooth. The spinners have enjoyed bowling at this venue.

168 (Thus far at this venue in this tournament)

Rohit Sharma is the leading run-scorer thus far for the Mumbai Indians with 176 runs in 5 games at an average of 35.

Kieron Pollard has been dismissed only once till now in the tournament and has mustered 163 runs in 5 matches at a strike rate of 209.

Sanju Samson missed out in the last two matches. Yet, he is the leading run-scorer for RR with 171 runs and has got a strike rate of 199.

Steve Smith could only score 3 and 5 runs respectively in the last two games. But he has generally been in good form and has mustered 127 runs so far in the tournament.

Trent Boult has picked up 8 wickets in 5 matches and has an economy rate just over 8.

Jofra Archer accounted for 4 wickets from 4 games but has also scored 62 runs and smashed 8 sixes. 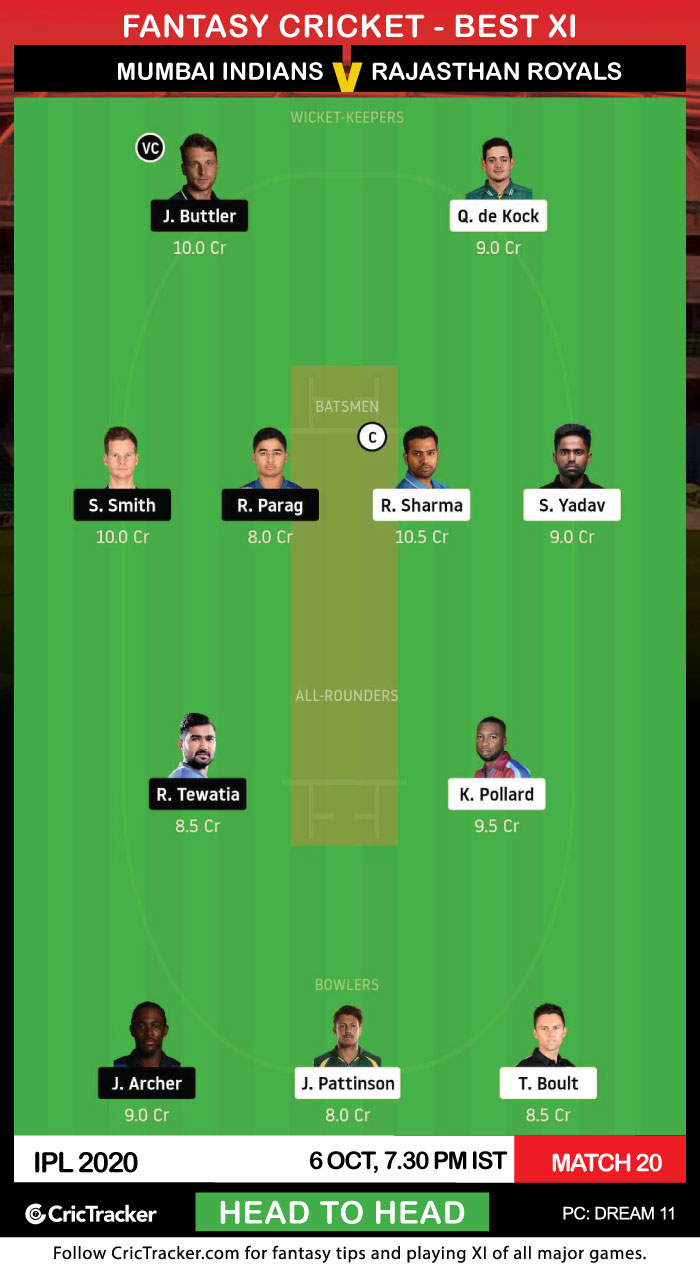 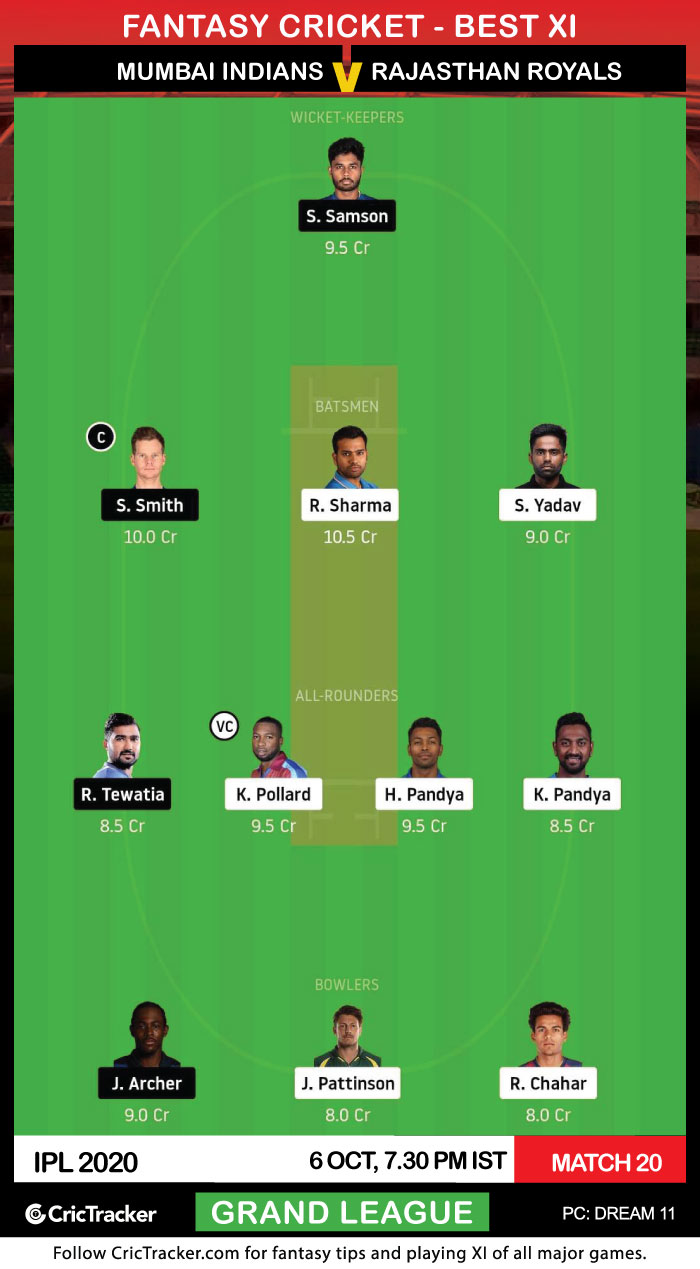 Hardik Pandya hasn’t been bowling in this tournament and has scored 105 runs in 5 games with the bat. If credits are a constraint while picking the team, you can take a chance by leaving him out.

Mumbai Indians are expected to win this match.