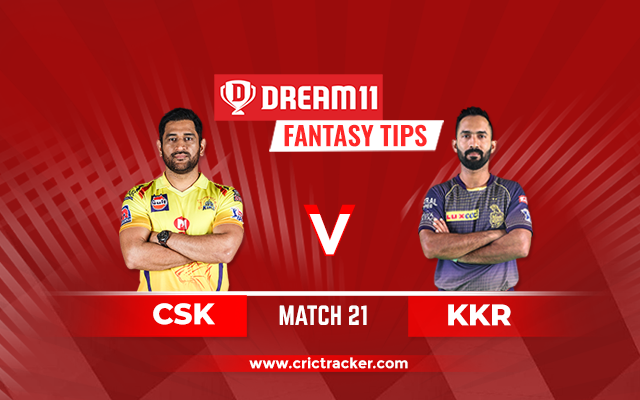 The 21st match of the Indian Premier League (IPL) 2020 will be played between Kolkata Knight Riders and Chennai Super Kings at the Sheikh Zayed Stadium in Abu Dhabi.

The Kolkata Knight Riders (KKR) have had a mixed season thus far in IPL 2020. They lost their first game to the Mumbai Indians (MI) but bounced back with two back-to-back wins against the Sunrisers Hyderabad (SRH) and the Rajasthan Royals (RR). In their last game, though, they ended up losing to the Delhi Capitals (DC) and have two wins and two losses at this stage. In their upcoming game, the Knights will be taking on the Chennai Super Kings (CSK).

The Super Kings won their first game against MI but lost three games in a row raising several doubts. But in the previous encounter against the Kings XI Punjab (KXIP), they proved why they are a champion side by registering a 10-wicket win. This victory should give them a lot of confidence going forward in the tournament. They would like to make the best use of the winning momentum that they’ve got and possibly register yet another victory in the tournament. At the same time though, KKR would hope to bounce back rather than leaving it for too late in the tournament.

The temperature will be around 33 degrees Celsius throughout the game. Also, there will be pretty strong winds blowing around.

The track at Abu Dhabi is a decent one for batting. At the same time, the spinners will also get some purchase off the track.

168 (First six games at this venue this season)

Faf du Plessis scored 282 runs in 5 matches at an average of 94 and also remained unbeaten on 87 in the last match.

Shubman Gill is the leading run-scorer for KKR with 152 runs from 4 matches. However, his strike rate in the tournament is only 118.

Eoin Morgan mustered 136 runs thus far at an average of 68 and has got a strike rate of over 150. If he gets a chance to bat higher up the order, the England limited-overs captain might make a bigger impact.

Shane Watson played a sublime knock in the last match with an unbeaten 83 and is expected to carry on the form from here.

Deepak Chahar picked up 5 wickets in 5 games and has been great with the new ball in hand.

Andre Russell accounted for 4 wickets and scored 48 runs in three innings. The all-rounder is yet to deliver with the bat but can be lethal if he gets going. 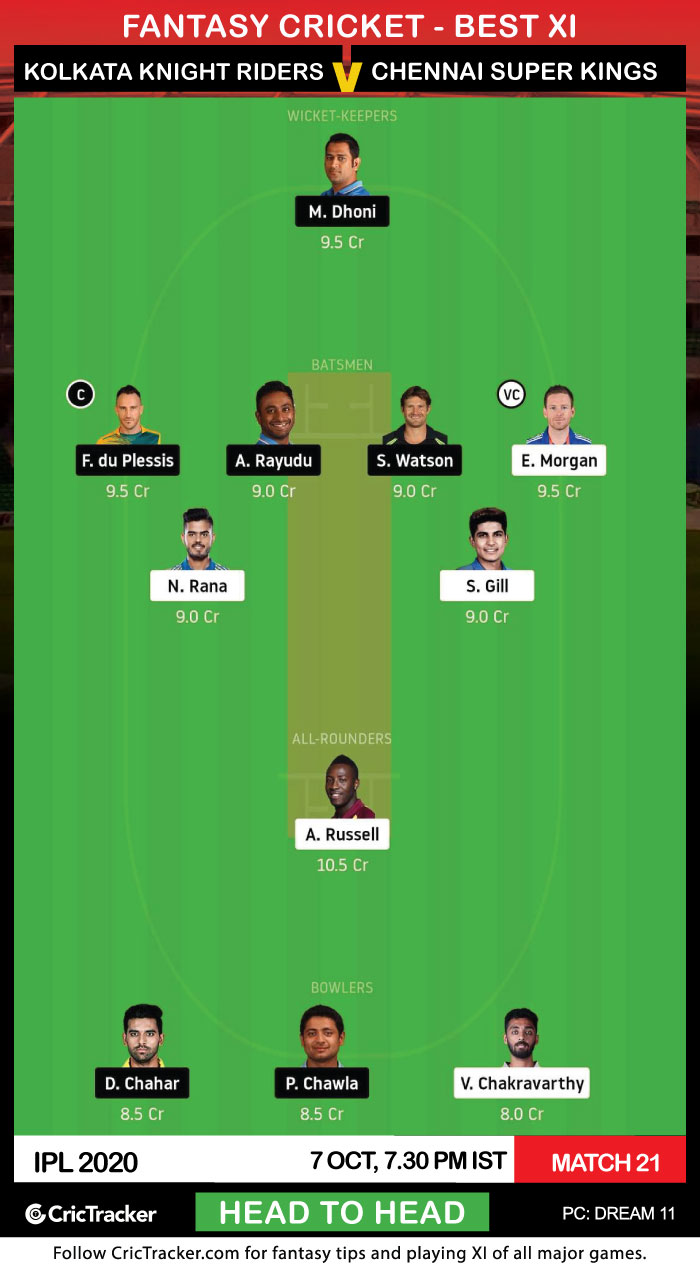 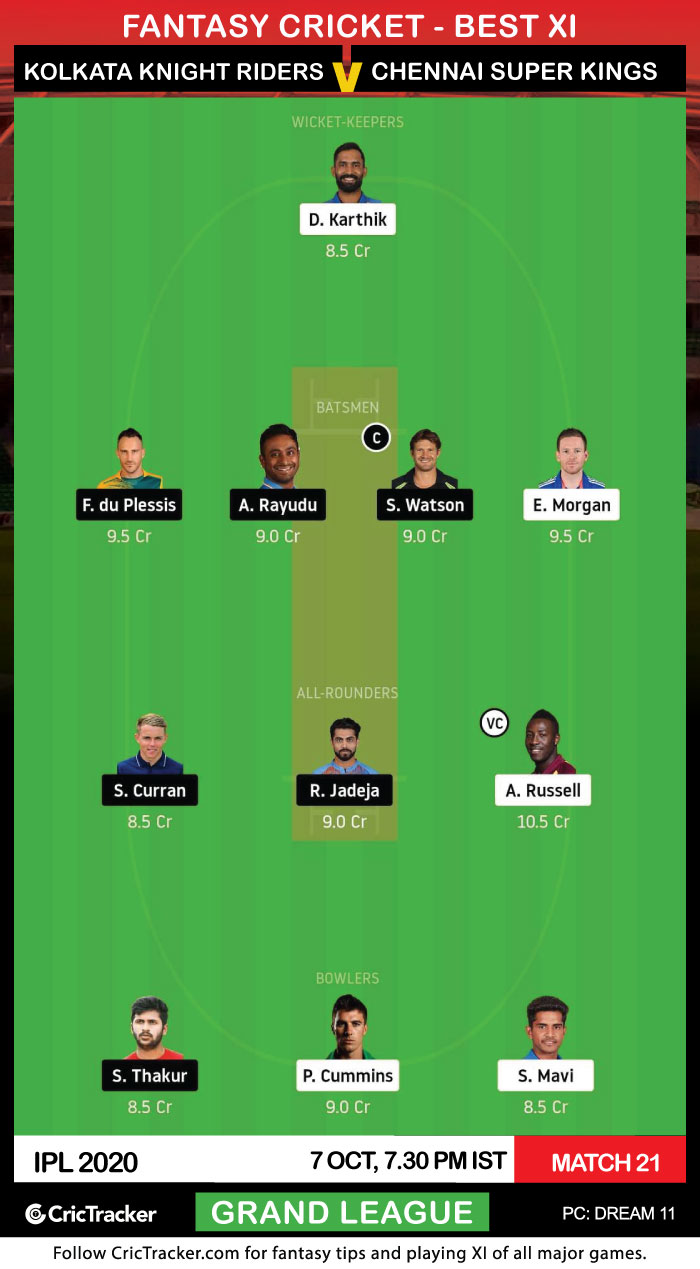 Andre Russell might not have fired with the bat thus far. However, he has got a decent record against CSK and could come good in this match. It wouldn’t be a bad idea to have him as the multiplier of your Grand League team.

Kolkata Knight Riders are expected to win this match.