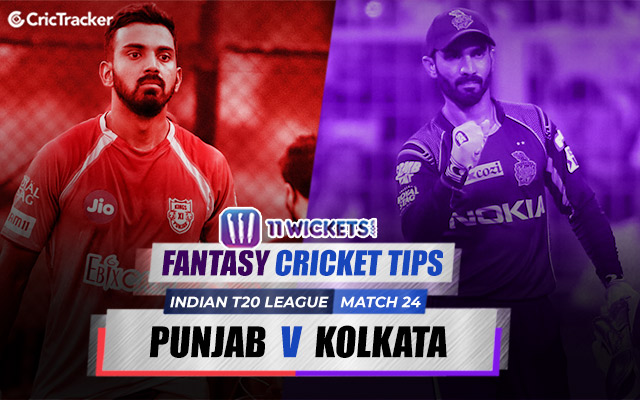 The 24th match of the Indian T20 League 2020 will be played between Kolkata and Punjab at the Sheikh Zayed Stadium in Abu Dhabi.

With the tournament almost half done, the points table has started to take some shape now. The teams have settled and the first playing XIs have also been drafted. So moving on, the matches are bound to get nothing but more interesting, such as this match which will be played between Kolkata and Punjab. The two teams are, at the moment, somewhat equally placed in terms of their match-winning abilities.

Kolkata so far have been a part of 5 matches and have managed to win three of those. And, thanks to their net run rate, they are placed at the 4th spot in the points table. Their opponents in this match, Punjab have, on the other hand, played 6 matches, but have managed to win only one of those. So, getting past Kolkata would not be an easy task for them in this match.

The weather in Abu Dhabi on Saturday will be clear, with the skies being free from clouds and hence no chance of rainfall. The temperature will be hovering around the 34 degree Celsius mark.

The pitch at this ground will be favouring the bowlers over the batsmen, and the usual T20 run fest would not be seen here. But, if the result of the previous day game at this venue is anything to go by, the pitch will favour the chasing team a bit.

Ravi Bishnoi (8.5 credits) – Ravi Bishnoi in the 6 matches he has played has taken a total of 7 wickets while maintaining an economy rate of 8.13 runs per over. 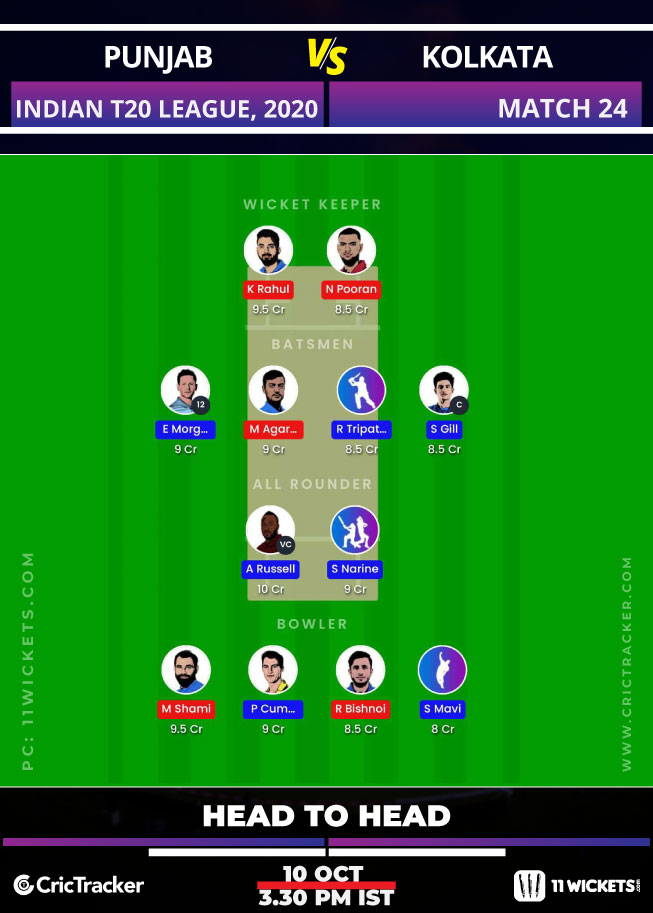 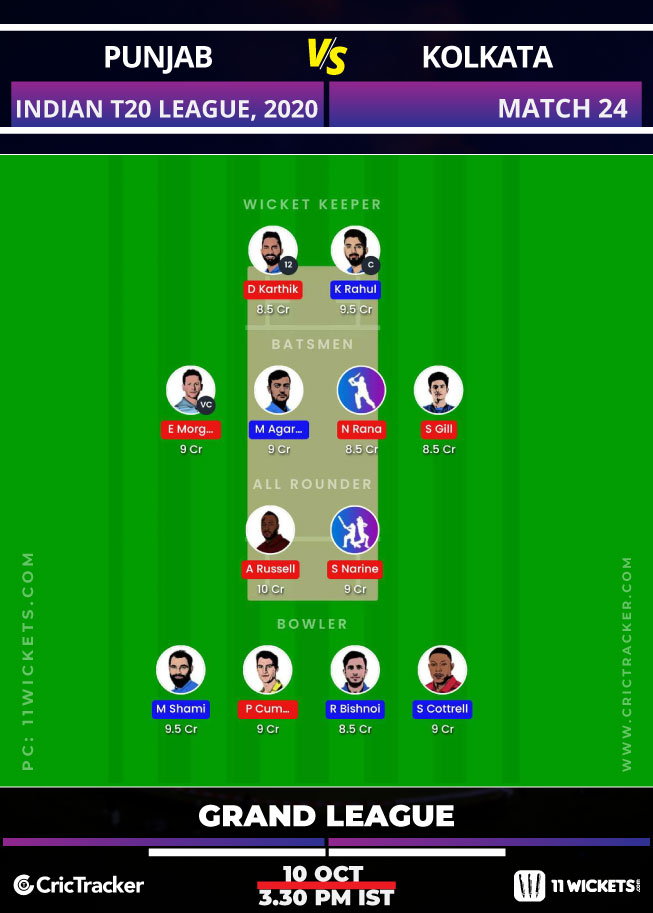 While making the fantasy team for this match, you can include four batsmen in your team and the same number of bowlers too. And, for the choice of the fourth bowler in your team, you can go with either Sheldon Cottrell or Shivam Mavi.

Kolkata is expected to win this match.