MS Dhoni and Virat Kohli lock horns against each in a superstar clash. 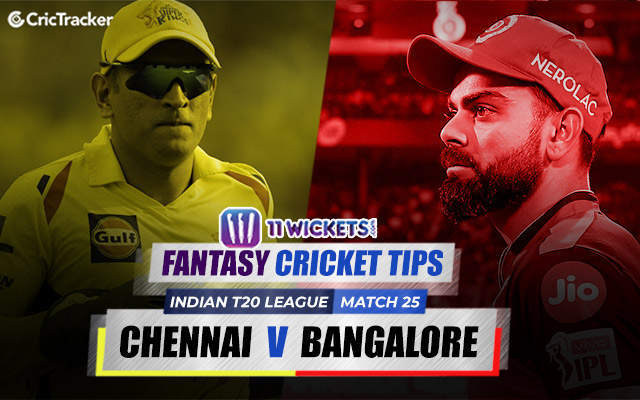 The 25th match of the Indian T20 League 2020 will be played between Chennai and Bangalore at the Dubai International Stadium.

Coming off a 10-wicket win over Punjab, at the same stadium, Chennai will be riding high on confidence. But, their opponents, Bangalore will be wanting to find some momentum, as in the lead-up to this match, they have not fared well, with their latest outing resulting in a 59-run loss against Delhi on Monday. So far, Chennai have played in 6 matches, and have only won two, and Bangalore, have played 5 and won three.

Statistically, Bangalore may look better than Chennai, but it is the ‘Thala’ led side that will have momentum on their side. This will make things interesting in this match, as both ‘Captain Cool’, MS Dhoni and his student in the Indian team, ‘Captain Fearless’, Virat Kohli will be coming into this match, with only one intention, which would be to win the match for their teams. And, it would be a thing to see that who gets his team past the finish line successfully.

The weather on Saturday is expected to be clear, with the chances of precipitation just 10 per cent, a full-length match is very much on the cards. The temperature is expected to be around the 32 degree Celsius mark.

The pitch at this stadium will help the bowlers in the second innings of the match. For a captain winning the toss, batting first should be an ideal choice, after seeing how well teams have done till now in the matches that have been played at this ground.

Devdutt Padikkal (8.5 credits) – Devdutt Padikkal has impressed everyone this season with his batting skills. He has played in 5 matches and has scored 178 runs at a strike rate of 131.85.

Sam Curran (8.5 credits) – Sam Curran has played in 6 matches for Chennai and has taken 7 wickets and has given away runs at the rate of just above 8 runs per over.

Shardul Thakur (8.5 credits) – Shardul Thakur has featured in three matches this season and has taken a total of 5 wickets so far. 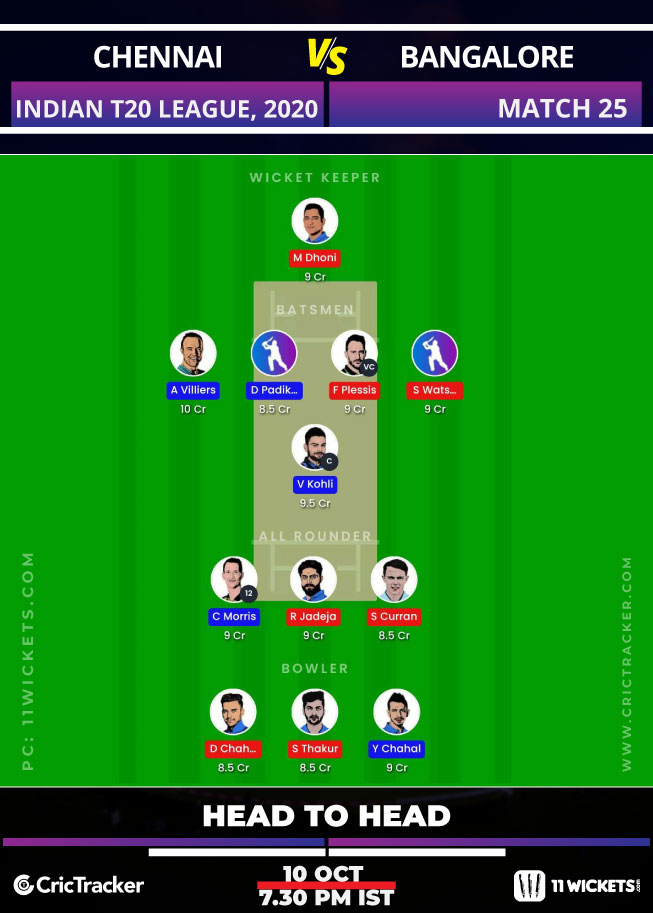 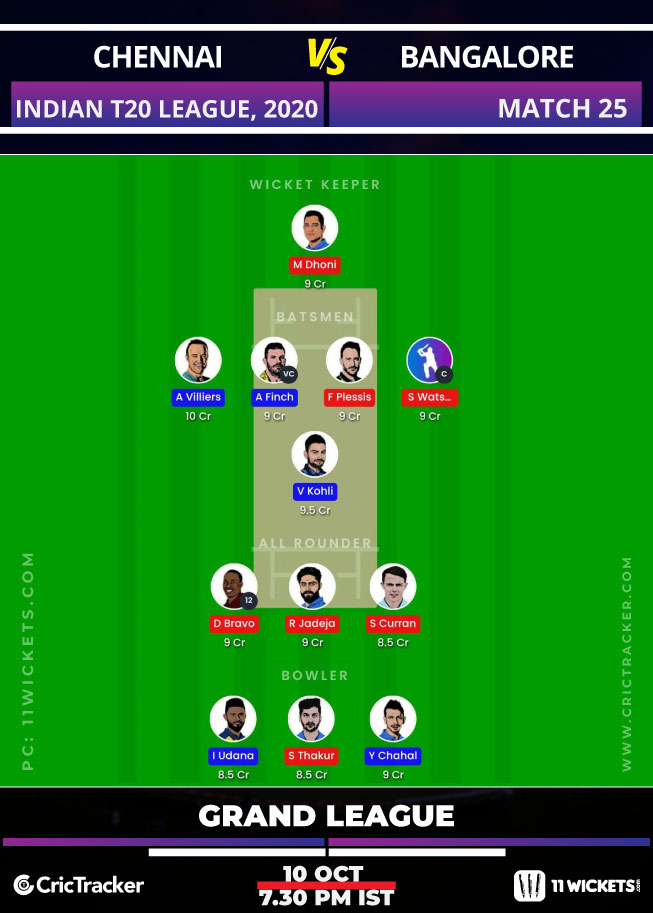 The batsmen of both these teams have been in great form in this tournament and in your fantasy team, you can go with as many as five batsmen in your team. And, for the choice of the fifth batsman of your team, you can include either Devdutt Padikkal or Aaron Finch.